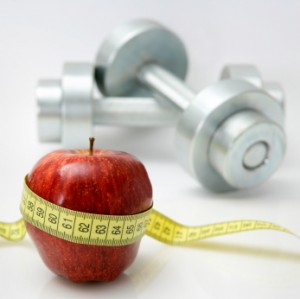 There’s a reason why Physical Education is a vital and mandatory curriculum at school. These classes of leisure and sports promotes the importance of physical activity, getting fit, and sportsmanship.

There are continuous and new scientific research which supports that the best possible way of keeping your body and mind fit, and in peak tip-top shape is by physically exerting yourself on a daily basis.

Absolutely everyone, regardless of the physical makeup, coordination, or condition, can easily engage in some form of bodily exercise. For peak efficiency, the exercise program should also be tailored to follow the guidelines which complies with your age, as well as your overall health status.

Since there is so much solid compelling evidence on the “pro” side of exercising, while showing little side effects or drawbacks, complied are reasons why a routine daily exercise program can benefit your mind and body, while improving your overall health.

Exercise Reduces High Blood Pressure
Chronic hypertension happens to be one of the primary forms of heart disease and stroke in middle aged people. Hypertension occurs when there’s increased plaque buildup in the arteries, which continues to clog up over time, this usually because of a poor high-fat diet.

The hypertension also decreases, since your heart, which is a muscle, gets a much needed workout. The stronger that your heart muscle becomes, the more efficiently it’s able to pump blood through the arteries, which also effectively reduces blood pressure.

Exercising Reduces Your Body Fat
Your body mass index, or BMI, provides the approximate measurement of your overall metabolic status. You can calculate your own by going to the Center for Disease Control (CDC) site.

If you happen to be in the obese or overweight category, a regular and routine program of aerobic exercise will bring your BMI down, hopefully to normal levels.

It does so by swapping the fat in your body and then exchanging it for fat-free tissue. The more that you increase your exercising, the more that you’re able to reduce your body fat since muscle will “burn off” more calories, which also speeds up your metabolism.

Exercising Builds And Improves Aerobic Capacity
Aerobic capacity is the ability of your body to work at its maximum capacity. It does so by getting oxygen from your body’s tissues. Usually, individuals will lose approximately 1% percent of their aerobic power every year as they begin to age, which equates to 10% percent every ten years.

So if you’re 40 years old, you will lose around 30% percent of your maximum aerobic capacity by the time you’re 70. That’s a lot more huffing and puffing just to stay even.

But when you perform dedicated short or long-term exercise programs over the same number of years, it’s been proven that you’re able to cut that aerobic loss in half. So as a result, you’ll just be losing 15% percent over 30 years instead of 30% percent.

The majority of the benefits of regular exercising stems directly from this basic fact, so it’s vitally important to remember that building up your aerobic capacity is one of the most important reasons why you should exercise.

Your Bones Will Remain Strong
One of the biggest age-related changes in the body is the loss and reduction of the bones mineral strength and composition. The percentage is also 1% percent loss per year, the rate that the bones in our body gets thinner and weaker.

So a dedicated exercise program, much like when it comes to your aerobic capacity, is the key to maintaining stronger bones. Resistance training, which involves lifting weights, is the specific exercise for maintaining and strengthening the bone structure and content.

The amount of this resistance training will depend on your age as well as your physical strength. It also involves a bit more than just lifting up a gallon of milk to put in the fridge.

What’s required is that you need to spend a minimum of one hour per week on a strenuous and regimented weight-lifting program until you’ve reached your maximum potential.

Exercising Lowers The Risk Of Dementia
What regular and routine exercise does is it lowers the chances of developing dementia. This is based on cardiovascular illness since you’re actively improving the blood flow throughout your body and more importantly your brain.

Since dementia which is caused by cardiovascular disease is difficult to distinguish from the other forms of dementia, it becomes difficult to pinpoint what type of exercise program could actually slow down or prevent the death of neurons, which are responsible for Alzheimer’s disease.

Once you preserve the neurons which are resident in your brain, exercising will give you an advantage should you happen to develop this untreatable disease. There’s also growing evidence that regular exercise is able to slow or at times prevent Alzheimer’s altogether.

It does so by improving the glucose and fat metabolism in your system, since a few of the alterations in the brain, which is found in Alzheimer’s disease, may be the cause of these abnormalities.

For instance, researchers have found that since the risk for diabetes can also lower the risk of Alzheimer’s, it’s entirely possible that a poor unhealthy lifestyle may lead towards developing dementia in older adults.

Since the majority of those who are now middle-aged will most likely exercise more than their parents ever did, as a result, there should be fewer people who will develop dementia.

Exercise Really Does Wonders
So this is in the hopes that you’ve decided to put on your sneakers and go for a walk or a jog, or pull out that yoga mat you’ve stored in the closet and put it to good use, or decide to join or renew that gym membership to attend aerobic classes again.

So regardless of what your age is, routine exercise of any degree will help you in achieving better physical as well as mental fulfillment. So find out the reasons why you should get out there and exercise more.