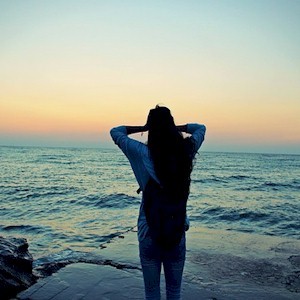 Is it possible to become seduced by society. In fact, the majority of us have a vague sense of being emotionally seduced, no recollection on how it could happen. All we know is that we’re constantly flooded with information, and can’t think for ourselves any longer.

At times, there’s an ominous feeling which prevails and narrows our field of mental and emotional vision, which leaves us with the impression that someone or something controls our master switch, that we no longer control our own destiny.

The path is then darkened by negative circumstances. What we sense is that we’ve somehow been sold a false bill of goods, and the ability to think for ourselves has been somehow altered. What we’re caught up in is a maze of uncertainty.

A trap which affects us mentally, spiritually, and emotionally, leaving us with surface scars. Hazy, incomplete thoughts which clouds our thinking, and then we feel cheated and confused.

Confused And Dazed About What
Confused about everything in life in general. In today’s culture, it becomes easy to divert our attention towards what society is attempting to sell us, this through the media or directly in the marketplace.

Buying Product “A” is much better than buying Product “B.” You need to “Buy Now!” The seduction factor becomes strong, and all of this frenzy adds additional pressure to an already hectic world.

What competition does is it fosters thoughts of a “Me first” mentality and “Looking out for #1.” We’re conditioned to ignore others, this along with the thoughts and practices of mankind.

Only personal tragedies or national disasters can alter our perception, actions, and attitudes, but then this only for a short period of time until we get over or pass that crisis.

What we’re constantly being told is to speed up, to do it right away, this at all times and under all circumstances, this either at work or at home.

We’re made to feel that we need to do more, take on more responsibility in whatever we do. Regardless of how well we do things, it’s never enough.

Time Is Of Essence
Time appears to have overtaken us to the point where we run out of it, that it’s no longer infinite, and then we end up with feelings of resentment, that somehow we’ve been duped. What we unfortunately tend to do is focus these feelings towards people, rather than on the actual issues.

This resentment is compounded by our jobs which takes the majority of our time. Most work in occupations that they don’t particularly like, for those who they don’t respect. Office politics and traffic jams compound the issues.

What this type of stress does is they add tremendous strain to our lives, and if we’re not completely aware, our sense of self-control gradually begins to depreciate.

Due to our excessive schedules, attempting to do way too much in a sane manner, we as a result have become desensitized to spending time alone. Most of us have stopped living our lives based on our once enduring principles and values.

We No Longer Think For Ourselves
The end result is that most of us have forgotten how to think for ourselves, how to process thoughts with feelings, and as a result have inadvertently forced ourselves to follow rather than become leaders.

That idea of we being alone to “think” is now practically foreign, provided it doesn’t involve an issue that’s posed by some entity that’s external, having nothing to do with real life, where people actually live.

Becoming caught up in chaotic routines, some experience being disconnected from self while doubting their faith, this because unintentionally, we’ve allowed other forces to replace our spirituality.

Once faced with these erratic extreme routines, what some nonbelievers will then begin to experience is heightened solitude or despair, that there’s something else who controls their ultimate destiny.

Fear then begins to dwell within the soul, which either prevents or significantly limits any type of truly positive action from taking place, this to combat the negativity or confusion.

Where the time to think is willfully denied or rejected, the media is constantly ever present to intervene with illusions and diversions, giving promises and false hope.

The media has presented a forum for provocative discussions on the existence of humankind and their purpose, challenging the listeners to think about the barriers which separates man from himself.

It would be easier if internal motivation and curiosity, along with a desire for the truth stemming from our lives somehow prompted our thought processes, this rather than by obvious and blatant external stimulation that we’re forced to believe on any subject. A path needs to first exist and be inviting.

To Flush The Mind
To open these channels, we need to remove the collective garbage which stores up in the lies and the deceptions held as convictions. We need to unblock our thoughts and heart channels in order to reconnect all human synapses with universal wisdom.

To be able to regain control over our lives, it becomes imperative that we make time to be introspective, while not fearing our mortality, by rushing through life overly concerned with all of the world issues.

What we need is to slow down to hear ourselves think, to actually engage in real dialog with our souls, where we’re able to uncover opportunities along with solutions to our problems, disappointments, and even tragedies.

Solutions for peace and sanity are waiting during these quiet moments in conversations with our self as believers, and with self along with the universe as followers.

So stop the seduction factor by taking some time to think, to be alone, and then to regain the self control that you thought was forever lost.