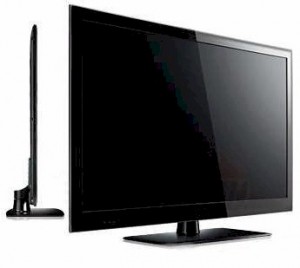 Before you go out and lay down the cash for that flat panel HDTV, you’ll need to know the differences of the 3 basic technologies that’s available for the flat screens. As there are always new and improved TV technologies that’s on the horizon, it’s always a constantly moving target. But for now, other than 3D HDTV’s, these are the only types to choose from at the moment.

So listed are the various Pro’s and Con’s of each of the different types of HDTV’s, which should hopefully solidify your buying decision.

LED or Light Emitting Diode
LED TV’s are also a type of LCD TV. These TV’s uses 1 of 2 LED back-light technologies:
1.) Full-array lighting places the LEDs behind the screen into a grid like pattern, allowing the TV to dim certain LEDs, which produces the best contrast ratios that’s available today.
2.) The edge lit TV sets have LEDs that are placed around the frame of the flat panel TV, the light is then directed towards the center of the TV screen. The edge-lit models usually cost less than the full-array TV sets, as well as being a lot thinner as well.

The Pros Of Buying A LED HDTV
• If you choose a LED TV, they usually use less electricity than any other type of HDTV’s. They are also more environmental friendly as they do not contain any harmful mercury
• LED TVs are usually up to one third thinner than the other LCD TV’s available, as well as having a longer life span
• Plasma TV’s are known for showing deep colors, specifically darker blacks, crisper whites, as well as faster response times. LED TV’s are the closest of all the HDTV’s to match that in performance

The Cons Of Buying A LED HDTV
• LED TV’s can become rather costly because they feature a relatively newer technology than the other model types
• It’s been reported the LED TV’s can have a ‘blooming’ or even a halo effect, that may encircle the brighter images on the TV screen that are on darker backgrounds.

LED TV’s would be best suited for you if you are eco-conscious, or are into fast paced gaming.

LCD or Liquid Crystal Display
LCD TV’s can also use one of the two back light technologies. The Cold Cathode Fluorescent Lamps or (CCFLs,) are usually the most common type. The LED TV’s are the latest backlight technology that has hit the LCD TV scene. (Read the “LED TV” section above for more info)

The Pros Of Buying A LCD HDTV
• The thin profiles, as well as the lighter weight of the LCD TV’s make them extremely easy to mount on a wall if you want
• The power demands of LCD TV’s are usually lower than the same comparably sized Plasma TV displays, as well as being much lower than the conventional CRT televisions

The Cons Of Buying A LCD HDTV
– When viewing faster moving images. LCD TV’s may suffer from a bit of lag or a slight trailer effect. But with the newer improved LCD TV technology, that effect is now barely noticeable
• When the pixels on the LCD stick on or off, they will tend to show up either as a pinpoint of bright light or completely black, which can be a little distracting when viewing on-screen
• When watching LCD TV’s from certain angles, they may lose some video contrast as well as color
• LCD TV’s with CCFL backlighting can suffer from a bit of leaking light, and unlike the LED TV’s, they are not capable of dimming certain areas on-screen. This effect may result in the whites and blacks appearing to be a bit more gray in color

LCD TV’s are best suited for you if you use or need streaming PC content, or if you have your TV in a bright sunny room.

Plasma HDTV
Plasma TV’s are widely regarded as having a picture that is most similar to a CRT TV, which offers unsurpassed contrast as well as color fidelity.

The Pros Of Buying A Plasma TV
– A Plasma TV’s phosphors will light up evenly all across the TV screen to create better images. They are also consistently bright as well as clear, showing vibrant colors
• The contrast ratio on a Plasma is high, so you will be able to see some of the darkest blacks as well as the brightest whites and everything in between
• The technology as well as the design of Plasma TV’s will lend themselves to offer bigger screen sizes, which are typically 42 inches or larger.
• The rapid pixel response on Plasmas means that there is no blurry motion
• Plasmas usually offer wider viewing angles, which gives you the same high-quality images on-screen, regardless of where you may be sitting in the room

The Cons Of Buying A Plasma TV
• Some Plasma TV’s can be susceptible to what’s known as image ‘burn-in,’ if you do not care for it properly
• Lower air pressure or higher altitudes can cause Plasma TV’s to buzz on occasion
• Some Plasma TV’s have a highly reflective glass, which is not that ideal in sunny or bright settings

Plasma TV’s would be best suited for you, if you’re having large groups of people who are all watching TV together in a larger room. This would include sporting events or movies with nonstop action.

How Secure Are Apps On Your Smartphone Or Tablet PC?