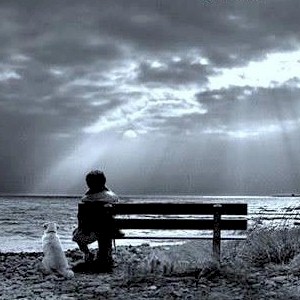 The moment that you start living your life is when you expose your imperfections. There are plenty of individuals roaming this earth living a shallow life invested in their own self image, who are pretending to be living perfect lives.

What this leads to is others who begin comparing themselves to them, and then judging themselves as not being as perfect by comparison. The fault being we’re unable to admit that we’re not perfect, and fail to realize that it’s our imperfections, our scars, is what makes us unique and beautiful, more lovable.

So why not just admit to yourself that you’re not perfect and far from it, you’re not fooling anyone. Why even begin this battle with your ego. As a result, you can be annoying, moody, and demanding without justification, while generalizing personalities into broad groups.

You need to hone down your ambitions by avoiding being a workaholic to cover your deficiencies, and the pain of emptiness. So there’s no reason to place yourself on that pedestal, the reason being it just distances you from those who could connect with you, get closer, if they only knew how flawed you really are.

Just tell us one thing about yourself, just one fault that would knock you down a notch. Just reveal that one imperfection which makes you appear more real.

The Want To Be Real
There was a study on a group of high achieving individuals who believed that they were perfect, no flaws, who were asked to reveal one imperfection about themselves that they wanted to change, this provided it would remain anonymous.

What the responses left were feelings of wanting to be more accepted. That a portion of their lives were wasted, felt disconnect and lonely because they were too busy attempting to project an image of perfection.

What this revealed was the thought that others would reject them if they really knew who they were, if they presented a sanitized version of themselves, this just so that they could serve and please better.

Not until you decide to strip off your masks, reveal who you really are, rather than the fake image which you project, that’s when you’ll begin to attract more love and acceptance which you so desperately want.

Overcoming Being Perfect
So rid of this poison which is perceived perfectionism. Remove it by giving yourself the permission to be imperfect, to show your flaws, and then practice it daily.

On occasion you’ll slip, forget, fall into the same old patterns of being perfect. What’s realized is that you need to learn, this since you’re a recovering perfectionist, and it’s no easy feat.

There’s a belief that these perfectionist tenancies drives you to become a better person, believing that all you’re doing is imprisoning yourself in a fortress of loneliness, feeling you’re never good enough.

It then becomes liberating to be able to say to yourself what you’ve always wanted to say, which is “I screwed up, I made a mistake.” Know that you’re trying to do better, to learn how to love and accept who you are right now, with all the flaws, and not be anyone else other than yourself.

Taking The Masks Off
So imagine you taking off your mask. Imagine saying the hell with always being polite, I’m just going to be real and genuine. Imagine if instead of lying to yourself and others, just say “I’m broken and my heart hurts.”

What you did was take a creative calculated risk, you may of came up short, but then maybe not. Wouldn’t just being real with yourself and to others just be rewarding enough.

You’re Unique From The Others
It’s an isolated position to take when you think that you’re not like the others, that you’re special. You realize you’re beyond this thing called “normal,” but once you release this illusion of separation, that’s when the loneliness dissipates.

You admit you’re not like them, no not even close. Although on occasion you might talk, think, dress like them, you may even have the same occasional viewpoints as them, and at times you may agree with them.

But it appears that the more you try to fit in, the more that you feel like an imposter, an outsider, watching those normal people as they go about their business, their boring and routine automatic existence.

Every time that you speak the routine generic words such as “Well, the weather is horrible today,” or “Have a nice day,” what you’re really wanting to say are things such as “Why are you so boring” “Why don’t you get your shit together” “Tell me what makes you cry” “Why do you wear such ugly clothes?”

Who knows what you might learn from talking to a complete stranger. Every person that you meet carries a piece of the puzzle somehow. No one enters your life by chance or coincidence, there’s always a reason. So trust your instincts and do something that’s unexpected.

Just Be Real To Yourself
Be brave enough to be yourself, strip off your masks, reveal who you really are. Tell us one thing that you don’t like about yourself. Lets have a contest of revealing who’s more imperfect.

If you’re not wanting to do so publicly, then find someone that you trust and tell them. We all have something that we wish others knew about us, but they may never find out. More importantly, we’ll never get it off our chest.

For those who are already living out loud, good for you. To those hiding behind layers of masks, deceit, hoping others won’t find your imperfections, then just stop pretending to be someone that you’re not. Lets just be human together.

Extracted From Nature The Most Effective Ways To Reduce Pain