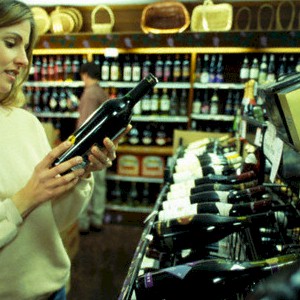 If you dare, just take a peek into your closet, your desk drawer, your garage or attic, what you’ll find is a mound of unnecessary purchases that you’ve made over time. We all have this pile of shame and it extends beyond wasted money and sleek marketing techniques.

We all buy things that we don’t need, we get home and say, why the heck did I buy that for. This could be a pair of pricy designer jeans, a family size cheesecake when you’re on a diet, or suddenly upgrading your smartphone or laptop for no good reason.

It extends beyond our tastes or having that extra money in our wallets which determines the reasons for impulse buying all of those unnecessary products which you really don’t want. That pile of embarrassment grows.

The biggest influence of this behavior is because of strategic scientific marketing methods which preys consciously on our consumer behavior at any given time. Advertising is the monster which forces us to remember and then recognize brands, which affects our preferences while perceiving our needs.

What smart marketing does is it alters our attitudes towards certain products. Advertising pounds into our brains rational arguments in favor of why we need to purchase something, primarily attacking our emotions.

The most successful of ads which appear in print, TV or the Internet, the ones which go viral, are those which hits these exact nerves, such as by they using surprise or humor.

Reasons On Why We Buy Things We Don’t Need
We Like To Emulate Others
We not only get influenced by smart marketing, but we also like to copycat whatever others are doing. We’ll imitate others to be liked more, or when we’re unsure about making the proper choice. Our friends or those who we look up to plays a big role in this process.

This however occurs more on a subconscious level, as we observe what others around us are consuming and doing. This may be as simple as craving for an ice cream at the park when someone else has one.

Trendy items which are iconic such as the iPhone, Apple concentrates on giving out cues which signals that the ownership of one is crucial to be cool. This then creates a buying frenzy which trickles down to comparable models which are just as good or less expensive.

We Fall To Temptation
The majority of our impulse purchases involve what’s known as hedonic products, which are items that gives us enjoyment or pleasure. Another temptation are products which are symbolic, goods which promote our self-image. These are the products which are closely linked to our emotions.

When it comes to impulse purchases, they’re not usually utilitarian products such as a kitchen knife, screwdriver or a mop. But know the more practical that a product is, the easier it is for us to justify that we need it.

Although these products aren’t candidates for unplanned purchases, it’s also no surprise that men are more likely to purchase functional products on impulse than women are.

Why We Buy On Impulse
What our dispositions affect is our behavior, and one major trait is the consumers impulsiveness. And as with any other trait, some are a lot more impulsive than others.

Those of us who suddenly decides to make unplanned purchases are usually considered impulsive buyers. A study found that those who are more prone to impulsiveness will tend to react more to external triggers, which includes advertisements or promotional gifts.

An important area of the brain that’s related to being impulsive is associated with reward. Researchers suggest that just seeing more attractive packaging on a product will lead towards increased activity in the “reward center” of the brain, which is common to impulsive buyers.

Then what happens immediately once we’ve made that purchase and then get home, we instantly rationalize it. Justifying these unnecessary purchases becomes a skill that most have mastered, then the product is hid in the far end of the closet.

We Surrender To Our Moodiness
Emotions are the key influence when it comes to how we think or act. Our state of mind, such as hunger, arousal, or craving, compels us to satisfy our needs, which usually occurs at the expense of longer term considerations.

Our moodiness on a certain day affects us. When we’re feeling good, have higher energy, we’re more than likely to reward ourselves more. We’ll let our guards down by switching from conservation to intuition to impulse.

When studying impulse buying, over 62% percent of respondents felt happier when they made unplanned purchases. When it comes to compulsive shoppers, those who have a repeated urge to buy something, will convince themselves to the point where they transform themselves from a negative attitude into a positive one.

People Just Don’t Like Change
We as humans resist change for a couple of reasons. The first because the action has become a habit, which is doing things repeatedly. Certain buying habits will persist even when a change is needed.

Another is one’s resistance to making any changes, which is considered more of a general state of inertia. This is also referred to as inaction, some call it being lazy.

Adapting Our States Of Mind
Different cues in the environment can change our mindset. For instance, it was found that people bought more expensive wines when there was classical music playing in the background rather than Top 30 music.

When we’re distracted, preoccupied or are under pressure, our capacity to reflect becomes limited, and we’re more likely to act on impulse or be influenced by subtle cues.

We can also expect similar effects when we’re depleted mentally, when we’re extremely tired from a long day at work, what that does is it significantly reduces our ability to be able to control our willpower, which promotes impulse buying.