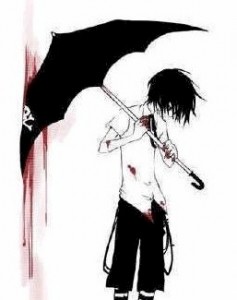 Your kids, those little ones that you’re obligated to feed and clothe. The little tykes who look like you and share your DNA. Are they really ultimately your children beyond that, or are they the sons and daughters of the universe, fulfilling life’s longing and need for itself.

You nurture them the best you can, you give them all your love but not always all of your thoughts. This is because they’re born with and have their very own unique thoughts. All you can really do as parents is influence them towards the right direction. Teach them what’s right and what’s wrong.

Soul Based Parenting
This is the very essence of what many refer to as soul-based parenting. So how would that differ from traditional parenting you ask. In traditional parenting, children are usually viewed as an abstract lump of clay which you’re responsible to mold, which, over the years is shaped closer towards the image of what you, as the guardian, think that the child should be.

When it comes to soul-based parenting, the child is viewed more as a fertile seed with all of their potential already intact inside them. The role of the soul-based parent then is to be able to create and provide for the optimal growing conditions so that this seed is able to grow into the dynamic and healthy person they’re intended to be. One which will ultimately blossom in its own unique way.

Traditional based parenting methods can potentially create problems for both the ego based, “Do it my way or the highway” parent and the unwilling unresponsive child. The natural instinct of the traditional based parent is seeing the child as a reflection and extension of themselves. If or when the child begins or decides to conform, they will then as a reward receive love and parental affection.

When the child doesn’t conform to them, the child will then receive negative feedback which makes them feel judged as well as unloved. The child who happens to have an extremely strong spirit will continuously frustrate the parent, and as a result will constantly receive all these unnecessary negative messages. The end result is the child will ultimately suffer from low-self esteem.

If the child’s spirit isn’t as strong, then the child will learn and adapt to negate their being, which ultimately turns them into wanting to please everyone. Do you know any adult who, when they were once young, said that they wanted to be exactly like one of their parents, no, it doesn’t happen too often.

“Ego Based” Parenting
There was once a notion a few decades ago, Hello Yuri, in which many parents felt that their children should all be right-handed. So if the child happened to favor their left hand, the parents consistently and constantly forced them to use their right hand, this began when they were infants.

We all now know as well as recognize that handedness is a function of hemispheric dominance within the brain, and we’re are wired to be one way, predominantly right handed, or the other. In a similar way in which the child’s soul exists within them and the natural progression, as they mature, is to live their lives in as perfect alignment as possible within that soul.

If we continually attempt to try and change what naturally exists in the child, not only are we creating tension, but creating conflict as well. We’re also attempting to alter as well as dishonor the uniqueness of their very being.

When we attempt to alter the child to align with what we think they should be, then we’re effectively stifling the evolution along with the naturally intended blossoming that’s their birthright. Once the child reaches adolescence, that’s when the real difficulties can begin.

Children Growing Into Adolescence
Adolescence is that period of time when all young people will need to and decides to individualize themselves. They may attempt to pull away from their parents since they’re wanting to define themselves as a maturing individual.

They begin to relate better with their immediate peers since these peers along with their friends are accepting of their individual and unique differences. It’s also a time of insecurity as well as perceived rejection by one or both of the parents, which really hurts them, even when it’s masked with anger, attitude and false independent bravado.

This is the reason why most adults will often give the majority of teens a bad rap. They’ll just roll their eyes, shake their heads when the child is entering their adolescence, anticipating and expecting difficulty.

The difficulty is often in equal proportion to the degree of the traditional ego based parenting which is applied. But when truth be told, a beautiful sight as well as a blessing appears when watching a child eventually closing the gap, bridging and then transforming themselves into fully functioning adults. This maturation process isn’t always in alignment with the parent, but in their own unique way, a beautiful independent adult.

This is when the real blossoming begins to happen. If you have created a safe and communicative loving environment, it’s a natural process waiting to occur. If not, then it’s on you, you’re the one to blame and not them.

Why Does Email Spam Even Still Exist Just Say No