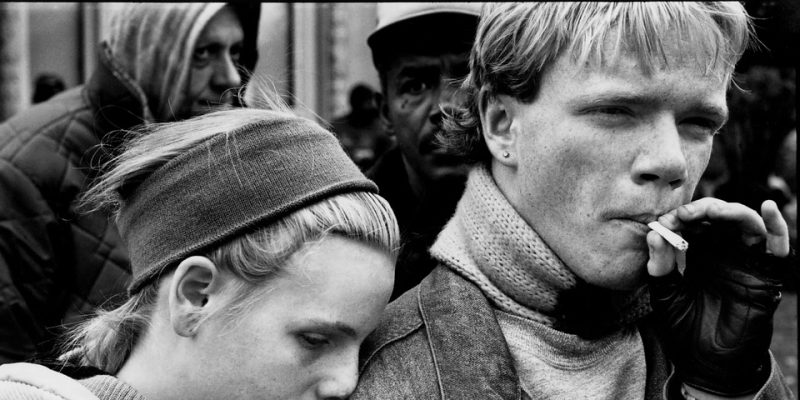 We’ve been conditioned not long ago, just a few decades ago, the belief and protocol was to get a good education. Do well at school and preferably get post secondary education to succeed. This so we can get a great job at the big corporation downtown. Welcome to the rat race.

Then we’re stationed at a cubicle for the next 40 years, working feverishly until retirement. This was known as a career.

But then, modern day technology stepped in.

What it did was promised to make our lives easier, retire sooner, so we could go buy that boat and cottage, and enjoy a life of leisure. But hold on, not so fast.

The current reality is, this modern economy we now live in, we’re witnessing more workers are reassigned to extensive periods of temporary work, and prolonged unemployment.

This thanks primarily to all of this new technology and automation.

In most large cities throughout the modernized world, the unemployment rates are escalating.

For those who are now entering the workforce, being able to hold down a job, let alone a career long term, is a staggering 65% percent.

This is the lowest point of job security since the early 1950s, and the lowest level of unemployment among workers, especially for young men, since the Great Depression over a century ago.

Where Have All The Jobs Gone
Those jobs and occupations, especially those middle income mid-education jobs, are now disappearing for a wide variety of reasons.

For instance, the once stable University educated based positions, such as loan officers, accountants, or financial consultants, has dropped off by 39% percent in less than a decade.

This outpaces the 30% percent drop in the total jobs available across the board, for this particular or similar white collar professions. This according to the latest employment metrics.

Other traditional positions such as portfolio or mutual fund managers, are now competing against exchange traded funds, or ETFs, all mostly automated.

The Reach That Is Economic Restructuring
Even the following evergreen traditional professions, aren’t spared when it comes to the impact of automated gross economic restructuring.

The number of hours and time logged by first year associates in the legal profession, which is a productivity measurement of young aspiring lawyers, fell by close to 19% percent in the largest of Law firms.

Those graduates who are trained to be Architects, an once noble and growing profession, who are aged between 25 to 35 years old, felt the biggest blunt of unemployment.

What’s also not spared, is the once cocksure medical profession. These rates are continuing to fall as well, this according to various sources. Demand is definitely on a downward trend, and continuing to fall.

What will eventually result, is a surplus of cardiac surgeons, for instance.

What the employment experts are requesting, is the faculties slow down training in these areas. The reason being, that their demand is decreasing.

Say Hello To The Jobless Future
Experts are predicting, warning, and their argument stands, that we’re now entering the jobless economy. Realize that the jobless future is here, and will remain.

So as a result, most young people, those entering the workforce for the first time, are now already combining part-time, freelancing based work just to get by.

It’s been estimated in the past 10 years, that over 31% percent of the entire workforce has participated in what’s now known as the “freelance economy.” This form of entrepreneurial activity, has reached it’s peak in the past few years.

The “Baby Boomers” Are Now Almost Extinct
This generation, referred to as the Baby Boomers, are the ones who carved out and defined a “career,” their career. They worked the same job or profession their entire lives, until retirement.

But with the sudden influx and speed of the technological change that occurred, and the very real prospect of the predicted “poor” employment related economic issues, this pattern is no longer considered realistic any longer.

It’s now understood, that the once traditional skills that were derived by post secondary education, the traditional longstanding ones, the positions which required specific training, the knowledge and the skills acquired, no longer has a long shelf life.

So What’s The Future Of Working
What then will be the future of working for a living. What will the once traditional careers look like. Know the reality that is working in general, the time that’s required is actually getting longer and not shorter, as once predicted.

No one can now rely on the corporation, the institution, or any other organization, even the governments, to provide anyone with secure work for the traditional thirty to forty years that they once offered.

In the very near future, it’s predicted that it won’t be that uncommon, for people to work well into their retirement years, such as their 70’s. That sitting back, relaxing into retirement is now expected to be a distant fantasy.

Gone Are The Days Of Traditional Work
Blame this on the strict changes of organizational structure, that has altered the entire nature of jobs and careers in general. Organizations have now become completely vacant, with fewer management levels.

Work has now shifted towards knowledge based employment, project work, freelancing, outsourcing past borders. Unilateral teamwork has completely changed the nature and landscape of all jobs.

Careers which were at one time viewed as progressive, the put your head down and work hard, provide sweat equity, and work yourself up the corporate ladder, is now a false hope.

These changes are the result of the development of advanced technology, such as artificial intelligence, as the once noble careers are being phased out. It’s no longer based on formal education, or work experience, but survival of the realist.