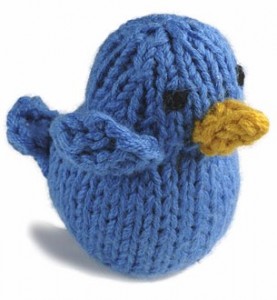 If your online marketing efforts or business is not currently using Twitter, now may be the time to start. You can use Twitter as a means of getting genuine focused publicity, as well as traffic to your site, while gaining a larger audience and exposure. This is ‘real-time’ as it happens, micro niche Web presence at its best.

Top social media consultants, as well as analytic companies are now guiding businesses on how to use this social medium to maximize their return based on effort. Other alternates would include the usual methods such as using blogs, wiki contributions, forum message boards, and other notable social network sites such as Facebook.

If you are interested in monitoring genuine focused social media chatter, Twitter is what you should be using. For those who still may think that Twitter is some type of fad is mistaken. It is now an accepted mainstream media device, and is increasingly gaining popularity.

Using Twitter As A Testing Tool
If your business is interested in participating in any type of social media, and wanting to have some type of presence, you will get it with Twitter. This social medium is now the platform of choice for quick communication. It is also proving to be an excellent marketing tool as well.

Receiving or reading instant Twitter updates allows people to become aware of what’s currently happening in ‘real-time,’with a particular business, such as a company announcement, or the release of a new product. An example may be a major magazine that may be tweeting links to its subscribers on new articles, or posting links to new product reviews. It’s reported that Dell, the computer giant, has made over $6 million in revenue, just by using Twitter posts, this according to analysts.

Twitter is even able to assist companies and larger businesses to attract, say… new potential employees. Twitter attracts and appeals to the younger demographics because of it’s ability to constantly update itself instantly, in this demanding real time web environment.

Twitter allows a way for larger established companies to directly interact with their customers by advertising special offers or ‘Deals Of The Day,’ which are available only through their Twitter updates. These Twitter updates are also short and ‘140 character’ sweet, as this appeals to the massive mobile device user crowd. Businesses can use Twitter to track its status or reputation by getting instant feedback from their customers as well.

Make Twitter Work For You
If you are introducing a brand new product or a new logo, but are still in the ‘testing’ phase, you can post it immediately on Twitter and get instant feedback. You can monitor it if the feedback is negative, or if it’s a hit with your Twitter followers.

Google Loves Twitter
As the usage of Twitter increases in popularity with consumers, small businesses, companies and marketers, there are many however, that are not using all of the tools that are available to help them track their social networking analytics. They do not realize what these social networks can mean to their business. This includes all of the social media mediums including Facebook.

Although it is a great advantage to be using social media to improve their communications, most businesses are not measuring the activity properly to understand what it exactly means. They are not aware of the actual ROI, or what is or isn’t working, and what needs to be changed.

Be Safe On Twitter
The use and adoption of Twitter is rapidly expanding. There is also a growing number of users who are beginning to put their personal information directly on their Twitter accounts. But with more company or personal information disclosure being made available on these Twitter accounts, there are a few safety concerns that arises.

It can be just as dangerous as say e-mail. For companies, you are giving employees a potentially lethal tool. Say for example that private or proprietary company information is leaked to the public in a Tweet, it’s impossible to backtrack or get it taken back. So to combat potential security issues, it’s important that businesses should establish basic social media policies.

The growth of Twitter is continuing to gain popularity throughout the online world. Twitter is now a verified global communications tool that’s available for any business or personal usage.

A Review Guide For Buying The Best Digital Camera