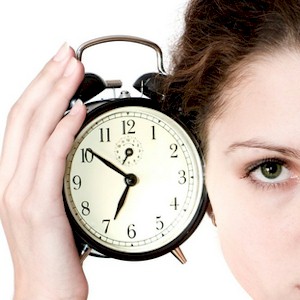 Most people just love taking those self administered tests which reveals exactly where they are in life. It helps them calculate exactly where their biological clocks are ticking at, as opposed to what their actual chronological age is.

This especially if they happen to be healthier, look and feel younger than what the majority of their same aged peers do. How much better would they feel based on what these measurements reveal. It will give them further objective proof on just how much youthful that they really are, while having disclosure.

These tests are available on the Internet, they can be found by performing a search which includes the term “biomarkers.” These tests will reveal your actual human age based on body mileage and not years.

The results should and will be interesting to most, those curious regarding their true biological age, how kind the ravages of father time has been to them, have spared them.

The point markers which are used as evidence in these self-tests may to some be surprising, and at the least a bit different from the other conventional self administered tests.

For instance, experts in this area has found that one revealing measurement of gauging a person’s rate of aging is based on their contrast sensitivity, which is the ability to be able to distinguish faint images on a pure white background.

What was developed was a set of factors similar to this which were most likely to be able to predict their demise from a variety of causes, this based on an analysis of a wide range of individuals over several decades, all whom were 60 years of age and beyond.

To Project One’s Longevity
Their goal was to find a group of these biomarkers which could accurately predict how long an individual is most likely to live, but also how well they can.

This based on a checklist of 13 different items on this particular self-test, the usual ones which you would expect, along with negative points subtracted for poor health signs, such as, early diabetes or smoking, etc.

Positive points were added for good overall health habits such as good body weight, exercise, and diet. Others were less expected, such as measuring for the noted contrast sensitivity.

To go a step further, the next point when it came to generating a more accurate picture of one’s true biological age referenced the persons genetics.

What’s been found are over 70 identifying markers based on genetics, which are referred to as epigenetic tags, that are able to predict the rate of one’s age decline at the cellular level.

The goal and reveal is to determine the exact rate at which these various tags change, this when based on one’s age as the person grows older.

What this allows is for them to state whether a particular individual happens to be aging at a particular rate that’s quicker or slower than what’s normal, which is another reveal when it comes to gauging true biological age.

To Reveal Ones True Age
So where all this is going, the science behind it, is that these experts are getting closer to finding better more effective methods of testing which they can eventually be able to accurately predict the rate of one’s aging.

With this more defined accuracy, Insurers for instance, may eventually begin demanding that their customers take these tests, this in order for them to set more accurate premiums, when it comes to their life and healthcare policies.

These various true biological age tests may also be able to reveal other factors, such as, one’s exposure to environmental or industrial toxins, or the stress of one’s job or life, and how these events can contribute towards accelerated aging, along with how quick, which can become fodder for the legal industry.

Coming To A Test Sometime Soon
So expect some time in the near future, that we’ll most likely be able to know, even as early as in our twenties, our true calculated biological fate which lies ahead of us.

If this ever happens, perhaps more people who are on the cusp of adulthood would then make different life choices when it comes to treating and pacing themselves better. This could include how fast that they decide to finish school, choose and begin their career, when to start a family, etc.

We would all then be better tuned into the exact rate at which the remainder of our lives will actually spool out, and then calculate to do the things that we want to in our lives.

It’s also interesting whether these young people would even bother seeking out this type of information, revealing their biological clock if it were available to them. This would be similar to revealing the sex of their child beforehand, some would most likely just as well not know.

Life Passing Before Your Eyes
For all aging individuals, the biggest challenge then becomes how to reduce or slow down the rate of their decline. This as a result has created a gigantic growth spurt in the anti-aging industry which is focused primarily on supplementation, diets, fitness, and mind enhancing programs.

The good news for some is that a few of these solutions actually work, especially if they practice preventative maintenance, and begin to do so earlier in their lives, such as in their 30’s.

The aging population, as there are now more of a collection of baby boomers who are now in the 50 years of age and older category, it appears to be more useful summarizing on how they can actually prevent, or slow down the process, as they continue to age.

Why Developing A Sense Of Humor Will Attract More People