Why You Should Lose That Annoying Big Ego
Skip to content 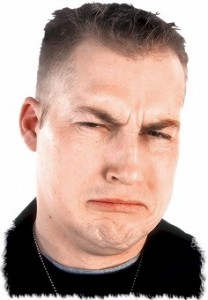 There’s this aspect of human behavior which some may never be able to fully understand, and that’s the natural tendency for anyone treating complete strangers or acquaintances they hardly know, a lot better than their own siblings or loved ones.

It could be a father who may be coaching his sons baseball team. There may be a sudden and uncomfortable public berating in a way which the father would never dare to use on any other player on the team.

Or the unfortunate target could be his obviously gracious and charming spouse, who’s adored by absolutely everyone, who suddenly becomes the focus of verbal abuse behind closed doors.

The part of the ugly which protrudes is just pure raw Ego, a naturally uncensored reaction and nothing much else. The majority of people would be absolutely embarrassed to have anyone else outside of the family to witness this type of behavior.

It’s something that’s not just generally displayed in public or to others since ones ego never wants to be displayed or judged, or have to do with anything that would jeopardize the opinion of others.

Ego From The Dark Ages
Of course, this isn’t a particularly evolved method of being. Clearly, we all know and realize that this type of negative behavior is strictly inappropriate, or otherwise, we wouldn’t attempt to hide them from everyone else. But how can the ego rationalize doing these things in private, when they wouldn’t dare do it in public?

This type of individual may just be unconscious of itself, unable to self see the contradiction. The ego has a tendency to always blame others for their own behavior. “He just makes me so mad.”

Finally, since the ego always thinks that they are always right, and because they think they’re right, makes it okay for them to act like “god” over the chosen others.

This type of behavior is completely off integrity on a few different levels. Displaying one’s true personality at home, and then a kinder more pleasant one for the rest of the world to see, means that there’s no authenticity in the individual whatsoever.

Treat Everyone The Same
Treating outsiders as well as semi-strangers better than their direct loved ones, such as family members or close friends, indicates a problem with their basic priorities. Ideally, all people should be treated equally with dignity and respect, at all times.

We should also be feeling a sense of responsibility towards all those whom we’re in a relationship with, be it a child, partner, or a family member, as they’re looking to us for unconditional love, acceptance, as well as a loyal sense of safety.

But what often leads one away from total integrity in such close relationships is the ego’s need to always be right. At any point in close intimate relationships, after the honeymoon is long past, couples will then often begin the process of attempting to change and mold the other.

Each has their own idealistic view of what their partner should be, or what they want them to be, and then they begin on focusing where they don’t measure up. Often, a conflict will then ensue and where they were once the perfect guy or gal, polarity instead begins to develop.

It then becomes a slippery slope when this happens, as resentment begins to build and the sense of unconditional love and accepted as promised, which was once so engaging begins to slowly diminish.

Then everyone gets caught up in the power struggle which invariably develops. We then begin to forget that making what we do right makes the other person wrong. Winning the ego laden power struggles can then result in slowly but surely losing our best friend.

Compromise
We can all accept that there’s differences in all relationships. We also know that raising children presents a few challenges, but we should also be remembering that we chose this particular partner and together brought these children into this world. We’re the one’s who created these relationships as well as we having a responsibility to care and nurture, this includes all family members as well.

If we’re able to see beyond this and view the challenge as not continuously attempting to change or control others, but rather to hopefully evolve as we meet head on with the challenges of loving wishes and kindness, we can then hopefully escape the vicious cycle of suffering.

Once we raise our consciousness, if we decide to do so, it will then stimulate yet higher consciousness in all those around us. After all, that should be the main agenda here anyways.