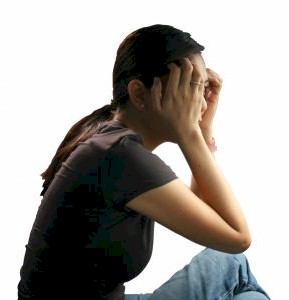 Worry happens, people worry and fret at times about the complete mundane as well as the serious incidents. Individuals routinely turn themselves into chronic worriers by habit, as some do so, by default, without even realizing it.

Your biggest issue and setback may be that you yourself is a constant worrier. To avoid being one is recognizing the patterns of the behaviors which are more than likely to make you worry. Once you realize what these signals are, and become consciously aware of them, then the roadblocks forcing you to automatically worry will be removed.

There are a few factors which contributes to you becoming a victim of worrying too much. The first step is identifying its characteristics, then implementing ways to change that behavior.

Recognizing And Reducing A Stressful Lifestyle
If you’re someone who routinely works long hours, are constantly dealing with deadlines, deal with individuals who are irrationally demanding, have difficulty maintaining close relationships, or are currently experiencing financial problems, these issues can compound your worry.

Stress is a key contributor when it comes to worry. What it gives you is a list of issues, regardless if they’re your fault or not, for you to be concerned about. What stress also does is it forces you to think negatively, focusing on bad things potentially happening to you.

Once you begin to worry, stress can elevate it to the point which makes it difficult to place a stop to it. So the recommendation is, if at all possible, try to make your life less stressful, by exercising more for instance, which should begin lifting your mood.

Don’t Try To Be A Perfectionist
Some individuals are actually proud to brand themselves as perfectionists. They feel as a result, they can be relied upon to get tasks completed on time, and done correctly and efficiently.

But this can also be the root of their worry. If someone happens to be a perfectionist, what they’ll do is process through a “worry” until all facets are exhausted. They will work through all of the potential problems while coming up with the perfect solution in every situation they face.

Since their standards are so high, they begin to become dissatisfied with the outcome which others may find acceptable. So what that forces them to do is worry more. So it’s best to be less of a perfectionist.

Stop Believing Worrying Can Be Effective
Studies prove that close to 75% percent of what you worry about never even occurs. So every time that you begin sweating about something, possibly bad, it doesn’t even happen. And don’t bother even thinking that it was your “worrying” which prevented that event from happening.

What that’s known as is being superstitious. If you continue to keep fooling yourself into believing that your worrying is what prevents bad things from happening, you’ll then find yourself beginning to worry each and every time that you’re faced with a problem. Constant worrying then becomes an uncontrollable compulsion.

Don’t Take The Responsibility For Everything That Happens
Most individuals for some reason actually believe that they’re in some way solely responsible for anything bad that happens to them or someone else. They also believe that they hold the power to prevent anything bad from happening.

This feeling of being responsible for everything is what fuels the worrying, and perhaps the worst kind of worry that there is. What it does is it drives individuals into attempting to predict every possible outcome which can occur, while attempting to find the best solution.

Now that’s a lot to worry about, that’s quite the burden. Feeling responsible for practically everything this way, is also one of the main features when it comes to obsessive-compulsive disorder.

That’s heavy material as well as unnecessary. So it’s recommended that you better learn how to manage your feelings of guilt and responsibility.

Don’t Get Overly Dramatic
One of the worst forms of worry is when you attempt and think through all of the possible implications of a particular problem, and at times, make the situation even worse.

If you happen to be someone who lacks a bit of confidence in your ability to deal effectively with problems, then you may tend to further fuel your problems, making insurmountable mountains out of molehills.

If you feel you may be prone to this, then lift your mood up by finding new methods of thinking and solving problems.

If You're Forgetting Then It Must Be Alzheimer's Right?