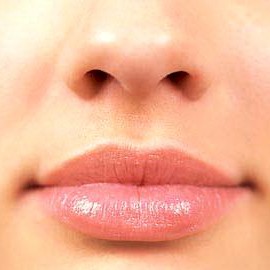 Determining how you decide to Smell something, whether it be an external odor inside a room, or how you or someone else smells, can influence how you react. This is based on a recent study which somewhat takes the guesswork out of developing what type of smell will work best on you.

It’s been proven that when we’re around scents which are pleasant, those smells will enhance our moods, which subconsciously encourages us to think a lot more broadly or more abstract. This may come in handy when we’re attempting to be creative or trying to get along better with others. It all goes back to our childhood memories when it comes to certain smells. Some will tell you that the reminiscences of certain intense odors, at times unpleasant, are locked into our minds emotionally, when we’re as young as 5 years old.

Researchers have discovered that there are some general patterns on how our actual experiences and behaviors are influenced by particular odors. You don’t even necessarily need to know, or be aware of certain scents to have it unknowingly affect you somehow.

Studies in this area has also concluded that certain scents can actually reduce stress and anxiety levels. These groups of odors include floral or fresh fruit scents for instance. It’s been found that smells of hyacinth, oranges, or jasmine are particularly effective for relaxation. The fresh scents which are derived from mango’s have been found to have a calming effect, while lavender can be soothing.

Scents And Their Effect On The Brain
There are particular scents which are able to help our brains become peak which can influence better performance. The odors which are related to elevated cognitive ability has been linked directly to the smell of coffee and chocolate. These odors are the most effective in improving performance when in the general office workplace.

The smell of rosemary will raise alertness while improving long-term memory, this according to researchers involved in aromatherapy. They also claim that the very scent of sage can enhance alertness as well as improving memory.

How Scents Influences Reaction
Peppermint for a while has been considered a uniquely useful and valuable scent. Researchers have discovered that the very whiff of pure peppermint can directly improve performing rather detailed or tedious work, such as boring clerical or computer based tasks. Peppermint is known to speed up one’s labor process as well, quickening up the pace until a specific task is completed.

Other research based on peppermint revealed its ability to improve the performance of monotonous athletic tasks such as jogging, being able to reduce the exertion levels of the individuals who are expending their effort.

Other Useful Scents Which Affects Behavior
The smell of fresh lemons is proving to be one of the most powerful and useful of scents. It has an extreme calming effect as well as an association with improving attention spans and bettering mental performance.

Researchers have long reported that dementia patients are less agitated while developing an improved quality of life directly after using a soothing lotion which was scented with pure lemon balm.

The scientists who were involved in another study found that when the test participants were shown images of faces which displayed neutral expressions, the individuals who smelled the lemons were more that likely to rate the people to be likeable, as compared to negative responses by those who were asked to look at the same faces, who smelled neural or unpleasant odors.

You Are What You Smell
So what all of this previously conducted rigorous research provides is that the next time you’re in a department store, take notice by visiting the room freshener aisles and take a whiff at the various scents. Also begin experimenting with the various perfume and cologne options and their effects on your behavior.

Go visit an aromatherapy store to select and then smell the various essential oils and soaps which are offered, and apply them on your skin. Take advantage of what’s been discovered about using these different scents and then craft the feeling that you want.

How Retailers Can Increase Their Online Sales By Using Marketplaces