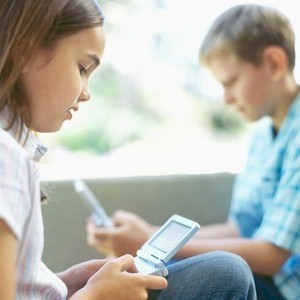 Just half a century ago, the technology that we have today was a futuristic space fantasy, was science fiction. Imagine a small device that you can carry in your pocket which acts as a phone from anywhere you are, while also being able to access the Internet instantly. Scotty, beam me up.

This since all of this technology has now become an essential part of our daily leisure and working lives, this because of the affordability and availability of smartwatches, smartphones, tablets, and laptops.

True all this has facilitated the efficiently of our everyday lives, but for others it’s also become a mixed blessing of sorts. What our wireless world offers is the luxury of a virtual office, where we can slip out to go shopping or golfing, while still remaining connected to anyone on the globe.

What most are starting to feel is overwhelmed, lazy, and less creative because of the ease of being constantly connected. This technology overload has created a new breed of anxiety, referred to as “techno-stress.” This type of stress can be from a variety of sources.

Overwhelmed With Information
What we’re now all faced with are constantly ringing telephones, countless texts and email messages which all needs to be tended to. This to control the beast that is “spam.” What the frantic Internet does is it forces everyone to get caught up in the culture of everything immediate.

So as a result, everyone has become overwhelmed with information overload while beginning to act frantically themselves. We all begin to lose track and focus, becoming distracted while failing to provide the desired results, all which increases our stress levels.

Keeping Up With Technology
As the workforce is now less centralized while becoming more convenient and flexible, those who participate are also required to be their own IT experts.

This in the attempts to keep up and cope with the quick advancements of technology, or worse, something going wrong with their hardware devices or software programs, while dealing with nuisances such as viruses.

Attempting to keep up and be technologically relevant can be stressful, this as we suddenly lose our Wi-Fi access, or our computer crashed because of malware. All this can result in rage like behavior.

Virtual Micro-Management
Some companies are now installing surveillance software which micro tracks the every movement of their employees, this in the office, or with tracking software out of the office.

It’s now possible, although unethical and at times unlawful, to read staff e-mails or monitor time spent on their computers or devices at work, this to ensure maximum productivity. This knowledge of constantly being monitored can elevate paranoia.

Automation Taking Over
Most are working longer and harder because of the fret of losing their jobs. This fear is real because automation is proving to be more efficient and cheaper. People are now becoming the victims and useless because of technology.

What all of this “round-the-clock” technology also does is it upsets the natural rhythms of our bodies and brains. There’s less muscles used as we’re stationed, slumped over for hours in our cubicles while thinking less.

This stagnation contributes to the rising levels of obesity, this especially in children who are part of the computer game culture, who would rather spend time on their computers indoors, this rather than going outside and being active.

Technology Is Too Accessible
What all this technology does is it enables people to work from virtually anywhere on the planet. No one knows or at times cares if you’re at the beach or working in your office, this when they’re doing business with you.

Even if you’re on vacation a nation away, you like many will continue to spend time on your laptops and devices, endlessly conducting business using your mobiles.

For some however, not everyone can effectively handle all of this extreme accessibility, while all the constant interruptions will annoy whomever they’re with.

Work, family, and home relationships no longer exists, as they have blurred into an undesirable uncomfortable way. Our life now becomes completely “work centered” as the workload now never seems to end.

Technology Will Make Our Lives Easier… Right?
What all this technology encourages us to do is take advantage of every moment we have. It’s also designed to free up more of our time, but for some, it’s having the opposite effect.

During traveling for instance, the convenience of the readily available mobile devices motivates us to transform all that once traditional “dead time” into work time.

Rather than attempting to relax by spending a few minutes unwinding, what most by automated habit will do is convert their time, this while in a taxi or at the airport, into productive work minutes.

Multitasking Doesn’t Work
What all these conveniences does is fosters some to what most refer to as “multitasking” madness. We’re no longer content with doing just one thing at a time.

What are brains are designed to do however, is perform singularly. But what most will do is conduct their business while driving, text while at the grocery checkout, or read emails while talking on the phone.

What we’re doing is forcing our brain to juggle as many balls in the air as possible, while doing so is extremely taxing for our minds. Then we get anxious because of all the unfinished tasks.

It’s been proven that multitasking doesn’t work, and may even be counterproductive. What usually results is difficulty concentrating on one thing while getting confused on others.

What arises is irritability, this because of the biochemical and physiological signals in our brains, which remains in a state of being hyper aroused.

So at 2AM in the morning, the brain may suddenly wake you up and come up with a solution which may of been left unsolved earlier in the day, disrupting your sleep pattern. And no, the moon landing didn’t happen.