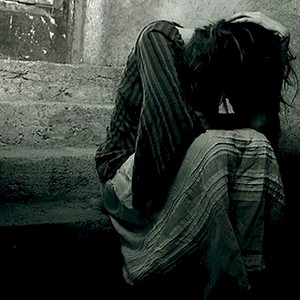 Everybody hurts, whether you’re big or small, rich or beautiful. In ways that hits the heart and mind. We’re constantly snubbed on a daily basis, regardless of who we are, not everyone’s going to like us. Conversely, we’re also not going to like others and will let them know.

It’s the human condition, it’s the way that the social economic universe operates. But once it happens to us, get the snub, what we do is take it personally, that we feel the pain and the anger. We personally hurt, yet, everyone else feels similar angst as well.

During the day, what hits the hardest when it comes to emotional reaction, where the biggest mood swings occur, is when we experience or anticipate even the slightest hint of rejection from others.

There’s an extremely high percentage of negative events which are associated with the feeling that someone doesn’t value you, or your opinion, or don’t want to be associated with you, that’s rejection at its very core and it sucks.

These are the sore feelings which accompanies thoughts such as, “Why did that person brush me off during our meeting?” or “Why is my husband completely ignoring me and watching TV when I’m talking to him!”

Connect And Not Reject
What we have is a primal desire to bond with others which lies deep within our subconscious. The disappointment that we feel whenever we fail to connect with someone or something that we want, is virtually guaranteed.

That’s why the feeling of rejection, such as a permanent departure of a loved one, happens to be one of the most stressful and the most painful of all human emotions.

Even the smallest of slights can rile up our feelings, sending our self-esteem and confidence plunging. In part, what our self-esteem reflects is who we are intrinsically, becoming a barometer of how we stand with others.

It’s been found that self-esteem in any social situation rises with any inkling of being accepted, liked, or acknowledged. “Would you like to join us for drinks after work?” Or our confidence can take a nose dive with any turn down, “No, sorry, I can’t make it!”

Our Delicate Self-Esteem
We have an internal gauge that’s programmed independently, which makes us feel instantly bad about ourselves. Self-esteem acts much like a meter, which scans the environment for any signs of exclusion or disapproval.

Even a small blip on the radar can feel like a sudden drop in self esteem, which is unpleasant, motivating us to immediately address the source of the discomfort.

This gauge is extremely sensitive to all signs of rejection because it prepares us for the potentially bigger ones, which could endanger or harm our safety some how. What nature did was programmed us to be vigilant when it comes to potential rejection.

It comes down to the history of who we are, as comfort depends on the immediate groups of people that we know and trust. We realize that getting shut out can potentially compromise our very survival.

Getting Rejected
We should be embarrassed that we find joy, entertainment, in rejection. For instance, the reality shows on TV such as the singing competitions. The cameras beam in on their sweaty nervous faces, they knowing that they could get the biggest most embarrassing rejection of their life, and we sit there and enjoy it.

The Increasing Hypersensitivity
There’s a number of reasons why the sensitivity to rejection is growing increasingly pervasive. There’s incidences of major depression, which is associated with a condition that’s tightly linked to rejection sensitivity,

This condition has been on the increase among the general population. This begins with our parents and the educators who’ll go overboard to protect and praise us the children, which usually backfires because all they’re doing is breeding preoccupation by the evaluation of others.

If the praise isn’t based on anything that’s specific, then what it signals is a sense of insecurity. What it does is it makes you wonder if your rejection meter is even working.

If you suspect that you’re not getting honest feedback, then you’ll become more sensitive to every potential slight. What you begin to think is, “Does anyone like me?”

Kids who continuously face rejection are usually more aggressive and will get in more trouble with their parents, teachers, than their classmates will. Young adults especially in their teen years become extremely sensitive to rebuffs, making them not opening up in the early stages of any friendship.

Our Fragile Existence
Saying that rejection hurts isn’t speaking metaphorically. What’s found is that rejection activates the same area of the brain which generates reaction to feeling physical pain.

What it causes is a sharp spike of activity directly in the anterior cingulate. Being ditched by someone, being told “no” can feel just as threatening as touching a hot stove with your hand.

The Rejection Sensitivity Syndrome
Young adults will have a difficult time transitioning and adjusting to new settings. A study of first year college freshman found those who were more sensitive to rejection made fewer friends, and didn’t enjoy the concept of school as much.

Those who are prone to rejection also had difficulty making friends with those who were different from them, such as other ethnic backgrounds. They had the tendency to be with those who were similar, which impeded they gaining an enriched perspective of life.

Without a doubt, those with a high rejection sensitivity suffer the most when it comes to the possibility of a romance. First, they can’t get a date, and then regardless of how committed the partner is, they’ll constantly worry about being dumped.

Living with someone who’s sensitive to rejection can be fragile. Any little slip up could trigger their anger or sulkiness. They seek constant reassurance, even if they are told that they’re loved repeatedly.

The Dangers You Face When Falling In Love With A Narcissist