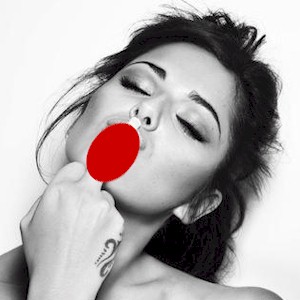 Those who are raised on high moral standards, an outstanding upbringing, can at times grow up and want to be bad. The “nice” boy or girl becomes attracted to the rebel from the other side of the tracks. There are a variety of reasons why someone who’s raised with integrity, wants to go to the dark side.

So there you are, dating that cordial yet boring person who’s too polite. You share a few drinks and then talk about the nutritional properties of kale, the topic fading into stagnation. What you really hunger for is excitement.

To do someone daring, release the adrenaline, experience how life is like on the rocky side of life, wanting to take a risk, go on the edge and exacerbate.

You want to meet someone who’s had rough patches in life, gone through life’s ups and downs. They have life experiences, so you want a piece of it, although you know you’ll eventually marry a well mannered person.

Good Gone Bad
It’s safe to assume that everyone has at one time been attracted, has fantasized about being with someone with a risque reputation.

It’s difficult not to do so, the dare, the anticipation of excitement, the potential for volatility. So what most will tell themselves is, “What the heck, why not go for it?”

To Be Daring And Bold
What people usually look for in the opposite sex is someone with confidence, a certain cocky swagger. Men look for women who’s a little wild, while women look for men with experience.

Confidence is an attractive quality and for these reasons, those who are borderline narcissists can hit the “hot” button, getting anyone attracted to them to swoon.

So picture that guy who’s popular with the wrong friends and appears up to no good, or that gal who has an “easy” reputation, fishnet stockings, and an attitude. They have a mystique, they know how to play the game.

They Just Stand Out
When it comes to the core psychological reasons why, the reason why these “rebel” boys or girls are so daring, is because they’re usually ruggedly handsome or strikingly beautiful.

That’s what fuels their confidence, they know they have the physical goods. It then becomes cylindrical, where the good looks translates into confidence bordering on arrogance.

So, this the reason why you can’t blame anyone for crushing over that hot guy or gal with the movie matinee looks, who reminds them of everything that they’re not.

Even if they’re not rockstar attractive, most likely, they’re a grade above everyone else, or they make up for it with their personality or their athletic abilities. People are attracted to helmet hair and fake tiaras.

If they happen to be the best player on the team, or wins Miss Congeniality, they have an advantage of becoming the hot attraction, this when it comes to popularity.

The same goes for musicians and actors. What everyone gets is a little star struck, as the talent potential becomes attractive.

To Be A Star
The girls will brag about dating the star quarterback, or the lead singer of the band. Someone with a high GPA, the president of the debate club, someone on a fast track to business, are also highly sought after.

They’ll usually have a strong opinion and defined interest in social or political issues, or are able to talk endlessly regarding current events, things you know nothing about. They’re good looking, smart, and bound for success.

I Want You So Bad
These are the types of outstanding boys and girls to whom everyone’s attracted to, so the question remains why does everyone want a piece of them. Why would you lust after someone you need to get in line and wait for.

For many, if you are a player yourself, have potential, and thus have a chance, it comes down to wanting something that you can’t or shouldn’t have, and the reason why you want them even more.

What this sets up is a self dare, that you’re independent, that you can do whatever you want, that you don’t need to listen to anyone, while the temptation can be irresistible.

Although there are certain individuals who tends to stand out and are confident, and there are qualities which are attractive, wanting them usually extends a little deeper than that.

You Are The Only One
Once you chase someone who’s dynamic, or because everyone else thinks they’re hot stuff, then what you do is pursue the challenge, to conquer, to be the person who wins them over.

Since they’re popular and can get anyone they want, you want to be that person who’ll attract their attention, the one who’ll enchant them, and hopefully they’ll fall head over heels over you.

The Not So Hot Pursuit
What you fantasize about is that maybe, just maybe, you’re the exception, that you yourself are special enough to capture the heart of the rebel in waiting.

So it almost becomes a competition of sorts. For these types of individuals, they know all about competition, and how much they enjoy it, so this shouldn’t be any different.

So, what happens is that everyone gets wrapped up, this in the pursuit of the bad boy or girl. But more often than not, it most likely won’t work out for you.

Then suddenly, during this pursuit, you actually meet a real genuine person while chasing down these idols, and then ultimately realize that you don’t want to be that “bad” after all.

To Look Forever Young How To Appear Fresher Than You Are