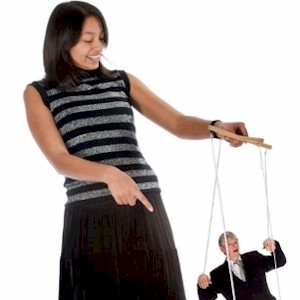 Those who are passive aggressive can be extremely frustrating, they often manipulate behind your back while pleading innocence, relationships become entangled, the end result being the loss of trust or communication.

It’s usually an act of deliberation, a masked form of suppressing feelings rather than expressing what they truly think, this usually when they’re angry or insecure, which can happen to anyone. This type of behavior occurs in all civilized cultures and customs, and at every socioeconomic level.

Passive aggression is considered a dysfunctional behavior as well as a habitual response. Once it occurs, it can have a damaging destructive effect on relationships, families, and particularly in the workplace.

One of the biggest reasons this behavior exists is because it’s convenient, easy to use. Not everyone who chooses to be manipulative, however, is considered to be passive aggressive.

A husband, for instance, who’s usually direct, communicates honestly and openly with his spouse, may on occasion make up excuses when asked to do something such as fix a leaky faucet.

He isn’t being passive aggressive in the classic sense, but on this particular day, he wants to relax and watch football and not have an argument with his wife, so instead, he chooses to be passive aggressive as a convenient out.

Don’t Ever Get Angry
Getting angry is easy, a natural human emotion when tempers begin to boil over, becoming a common reaction. As children, what we’ve been told however is that getting angry is a “no-no,” this since it displays bad behavior.

As we grow older, as our minds begin to mature emotionally, we then become highly susceptible towards social pressure, while our parents and teachers tells us how we should act.

What we learn is that we should behave well, that we shouldn’t show any forms of honest self-expression, this especially if you’re upset, that we need to mask and hide our true feelings.

By the time we’re adults, we’re conditioned not to express our feelings openly to others, but realize that these emotions that we feel won’t go away, so as a result begin to exhibit passive aggressive behavior.

What we then do is find ways to express this bottled up emotion in different ways, methods which are more acceptable than throwing a temper tantrum, but the end results are usually just as damaging.

Passive Aggression Is Easier Than Being Assertive
What we’re taught are certain social skills which are infused into our formal education. We’re taught to use “soft” skills such as relationship management and being assertive.

For the kids who can’t properly communicate their feelings in direct and emotionally honest ways, then becoming assertive is a skill they need to learn, this best by repetition.

It’s realized that those who display passive aggressive behavior such as withdrawing emotionally or sulking, it’s more of a sign of immaturity, that their emotional expression isn’t properly refined.

Passive Aggression Can Be Rationalized Easier
Say one of your kids doesn’t feel like cleaning their room. When you insist, they pout, procrastinate, and then get upset. They ultimately end up shoving all their messy possessions under the bed or inside the closet.

You then become irritated by their behavior, you become exasperated as you see their dirty clothes peeking out of the closet, they then begin to passively manipulate you.

“Nothing is good enough for you Mom,” they cry. What your child is doing is rationalizing their defiant behavior by casting themselves as being the victim, blaming you as being unreasonable.

Often Used As Revenge
What passive aggression involves are a variety of behaviors usually designed to “get back” at someone, this without the other not immediately recognizing the underlying reasons for their actions.

An employee feels that he’s overworked, underpaid, and under acknowledged at work. Becoming frustrated, he then phones in sick two consecutive days in a row.

The absence results in missing a key deadline which as a result deters the departments productivity, which then reflects poorly on the supervisor. This supervisor as a result is then overlooked for a promotion, and the mission of the employee’s manipulation is accomplished.

Passive Aggressive Behavior Can Be A Powerful Tool
Denying the feelings of anger, withdrawing oneself from direct communication, casting themselves as the victim, or sabotaging the success of others. These are the residue effects of passive aggressive behavior, which causes the recipients to go on an emotional roller coaster ride.

Through intentional procrastination, exacting revenge, allowing problems to escalate, what the passive aggressive individual then gets is their target to react in anger or frustration towards them.

This ability of being able to manipulate someone’s emotional response makes the passive aggressive person feel more superior, thinking that they’re in charge, that they’re smarter. They think they’re the puppet master who controls the behavior of others.

The Purpose Of Being Passive Aggressive
In the short term, for those who display passive aggressive behavior, doing so can often be more convenient than confronting the problem itself, and usually needs less skill than being assertive.

They’ll exact their revenge by giving plausible excuses so they can go shopping or watch TV all day, this instead of completing a list of chores that they need to do.

But ultimately, although it can be satisfying momentarily or be briefly convenient, in the long run, passive aggressive behavior can usually be more more destructive than being direct.

Over time, relationships with anyone who’s passive aggressive can become strained, become destructive, frustrating, and dysfunctional. This since their sole ulterior motive is to create drama, to escape excuses by manipulating others.