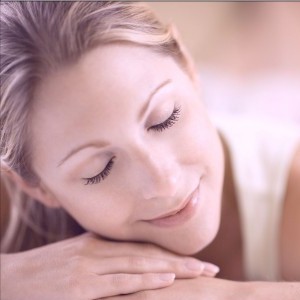 The easier one’s are the things which you already most likely know and do, such as faithfully taking your vitamins, eating less, eating healthier, and exercising more. There are also the minor tweaks which you can adjust in your daily workday routine which will keep the common cold away.

It can be as simple as having just a brighter outlook on your life and work. Being optimistic is free to do, but difficult to maintain. Every time that you express your optimism, what happens is that someone more glum will usually remind you to be more realistic, whatever realistic is.

The opposite of optimism is becoming angry, negative, and miserable, which is the byproduct of making you depressed, which invites poor health. So just continue to use your best Sunday smile.

Ways To Be Healthier At Work
• Eating A Proper Breakfast – A proper nutritious breakfast is something that you should be eating before you get to work, to avoid munching during your coffee break and throughout the morning.

It’s no old wives tale that breakfast is the most important meal of the day, as breakfast is considered king, lunch is a merchant, and dinner a pauper.

Fueling your body early in the day will give you the proper energy to carry you through the morning, making you less than likely to inject that jolt of sugar mid morning.

• Drink Plenty Of Water – What just a hint of dehydration can do is drain out your energy which makes you tired. Some health experts will recommend that men drink up to 9 cups a day, while women drink around 8 cups of beverage on a daily basis.

• Having That Cup Of Coffee Or Two – There’s some who claim that moderate coffee drinking can be good for you. Research has proven that coffee drinkers are more less likely to get Type 2 diabetes, dementia, and Parkinson’s disease, over non-coffee drinkers.

But know that additives such as refined sugar, or the fatty powdered whiteners will usually nullify the benefits of the caffeine.

• Snacking On Fruits And Vegetables – The typical office will have a variety of vending machines which contains usually inexpensive fatty foods, or pastry such as donuts and danishes.

It’s a convenient fix to go to the lunch room to get a doughnut or two, instead of grabbing an apple or a banana. The best fruits for a quick and easy snack at the office includes, grapes, blueberries, and cherries.

Most don’t realize that fruit can generally cost less than the processed food which is found in the vending machines. For instance, a pound of fresh grapes can cost around $2.00 to $2.50 a pound, where a six pack of donuts can easily cost $3.00 or more.

Remaining Physically Active While At Work
• Always Take The Stairs – Although climbing a flight or two of stairs won’t exactly burn that many calories, what it does is it makes your heart pump a little harder, which instantly improves your circulation and your overall state of health.

So make sure that you take the stairs one at a time, which will perk you up while giving you more energy in the process.

• Just Get Up And Stretch – Our bodies haven’t evolved to the point where it allows us to sit on our butts for extended periods of time. The human body remains the most optimal when it’s upright and walking or running.

But since you can’t get up and run around the office, you need to give your body a break at least once every hour. So just stand up and stretch at the bottom of the hour.

• Keeping Your Eyes Active – Optometrists will constantly tell you that the majority of eye issues are because of inactivity. Research has shown that the muscles which allows the eyes to focus will usually lose it’s elasticity if they remain focused on a single object, such as your computer monitor for extended periods of time.

So if you do stare at the screen all day, make sure that you periodically look at something that’s at a distance, such as looking outside the window every so often.

• Taking A Walk During Lunch – A brisk walk during your lunch will improve your digestion, which helps in regulating blood sugar while increasing energy and mental acuity.

Doing so will also give your body a break from sitting all day, which is an unnatural act for the human body. Walking with someone around the block can also stimulate social conversation, improve your creativity, instead of being stuck in your cubicle.

• Getting In A Power Nap – The lack of sleep is proving to be disastrous to your health, which can also result in less production at work. The solution is taking a quick 10 – 15 minute cat nap during the day.

But napping, “sleeping on the job,” is strongly discouraged in most workplaces, which results in a poor state of mind. This results in lost productivity as the day wears on.

So it’s recommended that you go find a stairwell, or get in your car and have a quick 15 minute snooze, most likely, no one will miss you, and it can do wonders.

Tips On Looking Younger The Secret To Eternal Youth Revealed