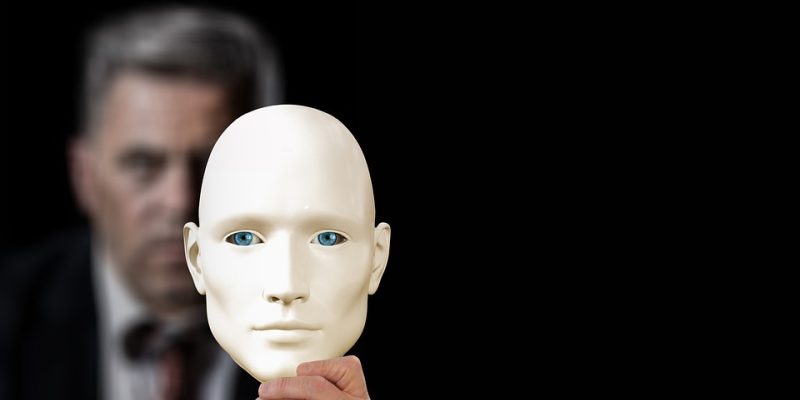 Those who are passive aggressive usually has an ulterior motive, and can’t always be trusted. They cast doubt, they have a certain disposition about them because of their unpredictability. A deliberate aura of uncertainty, rather than being transparent.

They can appear somewhat aloof, uncertain of themselves, be frustrating to deal or talk with once confronting them. They’re constantly defensive, when faced with controversy.

What they do, most often on purpose, is slyly manipulate others, with acts of discreet yet deliberate indirect behavior.

They do so rather that being direct and forthcoming, when they want to send their message across. They are purposely snake like, in their movements.

These are the refined passive aggressive individuals, who often goes undetected when in their social circles or work situations.

What they’ll do, is hide or disguise their intent, after seething their venom or hostility, with an outward demeanor of “don’t blame me!”

So know what the tell-tale signs of a passive aggressive individual are.

They Deliberately Or Conveniently Forget

One of their biggest weapons of choice, is to appear and come across as being absentminded, this instead of thoughtful and courteous.

So instead of they openly declining or completing a work project when asked, they’ll just claim they forgot, once the deadline expires.

Someone who is passive aggressive, who could be a friend or a sibling, will claim they conveniently forgot to make reservations at a restaurant, for instance.

Then they’ll appear flustered and embarrassed, because they didn’t actually wanted to go that restaurant in the first place.

They want to come across as a pleasant people person, wanting to be friendly and to satisfy others.

And because of this, because of their passive aggressive nature , they’ll rarely say “no” to anything once asked.

Or they may choose to completely ignore invitations altogether, and then claim they never received the invite.

They’ll often agree to make plans when face-to-face with someone, this to almost anything, including the things they have no interest doing.

Then to escape their obligations, they’ll predictably cancel the plans at the last moment, usually because of some type of emergency.

What’s generally thought, is those who are passive aggressive, don’t or want to share their opinions or their feelings, which always isn’t the case.

What they don’t feel comfortable doing, is sharing them in an upfront manner.

They’re more likely to whine, complain to everyone else but the person they’re complaining about.

What this indirect elusive approach does, is it just harms relationships, while doing nothing to solve the problem or issue.
.

Those who are annoyingly passive aggressive, can often be stubborn and frustrating.

When they don’t feel like or want to do something they’re asked, they’ll suddenly become inefficient or arrogant, this to avoid doing that task.

Instead of they being direct and saying, “I’m having trouble completing this project,” they just might procrastinate on purpose, in the hopes someone else will do the job for them.

They’ll Smile To Mask Their Resentment

What passive aggressive people will rarely do, is publicly express their anger or displeasure in an open direct manner.

Most have a history of bitterness or resentment that’s built up inside of them, and is lurking silently underneath a phony sarcastic smile.

Regardless of how much they disagree or despise you, or they don’t like what you’re saying or suggesting.

They’ll then put on a fake persona, and appear as if they’re completely in support of what you say or do.

What’s hidden underneath their at times calm outward agreeable demeanor, is they’re wanting to seek revenge on those, who may have hurt or embarrassed them.

Someone who may of did them wrong in the past, and they rarely forget, and may hold a grudge.

What they’ll do, is often go to great lengths to silently retaliate against these individuals, usually behind their backs, of those they despise.

If they ever think someone may of taken advantage of them, or said something about them in the past. They’ll silently and cowardly plot their revenge, which are often indirect and calculated.

This could be sending an anonymous email, or spreading a nasty rumor throughout the office, all while they play innocent and hide behind their mask of insincerity.

The majority of those who are passive aggressive, have some type self-esteem or confidence issues.

They believe they don’t have control over the decisions, when it comes to the events or direction of their lives.

Instead of taking proactive steps to solve all their issues, what they do instead is convince themselves somehow, that there’s no use trying, this because they can’t do anything about it anyways.

What they constantly do, is play the victim card.

Because of their passive nature, they profile themselves to having unnecessary hardships in their lives than they actually do.

They then develop negative predictions, that usually turn into self-fulfilling prophecies.

They Try To Avoid Confrontation At All Costs

Even if they’re deeply offended by someone somehow, those who are passive aggressive, will always avoid direct confrontation with them, but they will never forget the incident.

Often, they’ll claim and display incongruity, by saying things like “Whatever” or “That’s fine.”

Then later, they’ll say you don’t care about them, or care about how they feel. If someone happens to treat them poorly, they’ll rarely admit their feelings were hurt.

They Constantly Manipulate Others

What they often think is they’re being smarter, they’ve outwitting everyone else. What they have difficulty doing, is asking for what they want, and will use manipulation or deception, to get it.

For instance, instead of they directly asking for help, when they’re carrying something that’s physically heavy, they might just complain or become sarcastic when you don’t offer your help.

They may make remarks such as, “I’ll probably hurt my back again, carrying this heavy box up the stairs all by myself.”

They don’t care if others feel sorry for them, or show empathy, as long as they get their way.

If you’re this person, someone who’s passive aggressive and decides to take this approach in life, then there are ways on how you can become more proactive and direct.

Once what you say and act begins to align more directly with what you mean, with what your behaviors and emotions are, then you’ll begin to live your life with more authenticity and trust.

If you know someone who’s passive aggressive, who could be your partner, coworker, a family member or friend, just hold them more accountable.

Face them, and don’t allow them to constantly avoid responsibility or escape confrontation.

Why Some Become Wealthy In Life While Others Remain Poor