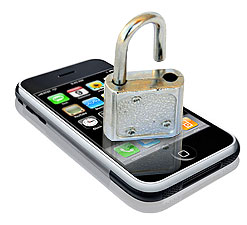 If you’re looking for the biggest technology based opportunity to come along in years, you most likely already know that it’s Mobile Devices. But the biggest emerging market within the mobile sector is mobile security. This particular niche is expected to absolutely skyrocket into a $4 billion dollar market in the next few years.

So why such a huge market you’re wondering? Unless you’ve been living under a virtual pet rock, the shipment of smartphones along with tablet PC’s worldwide is expected to reach $500 million this year alone, that’s up close to $200 million from the previous year. This total then will grow to $1 billion in just a few years.

There are approximately 75% percent of smartphone and tablet users who also use their personal devices in the workplace, a trend which is known as “Bring Your Own Device” or BYOD. It also appears that business owners allows their employees to use their mobiles for business as well as for personal use.

As a result, security experts agree as well as identify four distinct categories which they consider “danger” areas when it comes to mobile security, and what users as well as the enterprise should be aware of:

They’re often referred to as “drive-by-downloads,” which are automatic malicious downloads which occur when a tablet owner happens to visit a hijacked webpage, browser exploit, or a communications and connectivity avenue.

Network Based Threats
Network based security threats are able to infiltrate your mobile device via wireless connections such as Wi-Fi, Bluetooth, or Short Message Service (SMS) texting.

Physical External Security Threats
You can also easily overlook the real security threat of losing your personal data by physically misplacing your mobile device. There are different opportunities for thieves if you lose your tablet. They can potentially find and use personal information such as your mobile banking app for instance

So there’s no need to convince anyone to adopt an “Iron Clad” mobile security strategy. Mobile security protection however has its own complexities because of the devices portability, making them extremely vulnerable.

The Current State Of Mobile Security
All of the major mobile operating system developers are constantly tweaking their application distribution protocols, granting permission for the continuous roll out of any third-party fixes and patches.

The owners of these devices, the mobile end users however needs to be educated as well as they learning all of the practicalities when it comes to mobile safety.

Most of these mobile device owners have adopted a false sense of security regarding their mobile devices. While mobilization along with its impact brings a lot of opportunities as well as benefits, they also pose a new wave of challenges and concerns which the mobile public needs to be educated on.

It begins at the enterprise level where these companies are becoming increasingly dependent on these mobile devices, while combining and allowing for the usage between personal and business use.

How Vulnerable Are Mobile Devices
Hackers and those who live in the dark are rapidly taking advantage of this brand new “green” era of information technology. The most exposed are when these portable devices are stolen, lost, or hacked.

Also, if the mobile device doesn’t have a “wipe” feature, which allows you to wipe out all of your personal sensitive data if it goes missing, or is lost or stolen, your data won’t no longer exist on the device.

Another common vulnerability is when you happen to install a random app which contains hidden malware. This occurs because the mobile device usually doesn’t have adequate protection such as an antivirus app, which can at a minimum, scan your mobile device to ensure that the app is safe and virus free.

So to place it as blunt as possible, the majority of mobile devices are just as exposed as a traditional laptop without anti-virus software. They are essentially portable, extremely powerful microcomputers which are able to store thousands of sensitive emails, company or private files containing private data, along with anything else that’s important to you.

In the past, the majority of these attackers haven’t even bothered to take advantage of mobile devices and their obvious vulnerabilities as they are now.

The Android OS currently appears to be the most targeted mobile device at the moment by malware authors. Mobile security experts have been able to find a variety of different apps which contain viruses that’s currently being hidden and shared in the Android Apps marketplace.

Mobile Security Implementation
Implementing a secure mobile security initiative and program depends largely on the enterprises awareness, budget, needs, and culture. If you happen to be the one in charge when it comes to the safety and the security of mobile protocols and practices, it’s recommended that you dedicate yourself to set a security plan in motion to override any inconsistencies which may be in your current mobile security policy.

How Changing Your Exercise Routine Keeps You Motivated