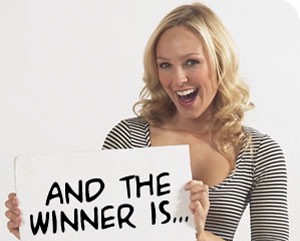 Over the past couple of years, there’s been a significant increase in online sweepstakes or contests designed primarily to promote a business or to increase their email subscribers. There are segments of business categories such as: clothing, health and diet, online dating or automobiles who has increased their usage of these ‘freebie’ type of contests designed to attract more attention and awareness to their product, service or brands.

A company representing a famous brand name or an online marketer who happens to be having a contest, will usually require you to do one of the following as an entrant:
• Fill out some type of survey
• Agree to submitting your email address to receive future correspondence
• Forced to watch some type of promotional video
• Subscribing to a form on a website to receive a free gift such as software or an ebook

…as one the conditions to enter their contest. But keep in mind that some or all of these stipulations to the company may or may not be legal depending on where they or the contestant is located.

Specific Trends To Focus On:
There is a failure by the majority of companies, large or small, to clearly define the exact mechanics of their Web based contests. There is also failure by most to properly obtaining the required rights as well as the licenses that are needed from the online entrants and the contest winners. This so that they would be able to conduct as well as advertise their online contests, along with the products or the brands that they are attempting to promote.

It may be a surprise to many that the majority of these companies actually do not know the entire aspects of the mechanics of their online contests. This is most likely because of a few factors, including not knowing contest legality as well as existing consumer protection laws. There is also confusion in understanding as well as covering the ever changing and never ending details of the rules themselves. There is also conflicting laws depending on what State or Country that they are based in, including in the United States or any foreign jurisdictions.

The Fine Legal Print Of Online Contests
Most of these companies or online marketers understand that when having a contest, they must give the participants information regarding the basics of the contests. This information includes: the start and the end dates, the entry requirements as well as the process, the prizes and how the eventual winner’s are and how they will be selected or notified.

Contests which are online raises a few more vexing problems, issues such as if repetitive or automated electronic based submissions are accepted, how the website that’s holding the contest can detect fraud or violations, their compliance with Internet data privacy laws, and being in compliance with the 2003 Can Spam Act, if the contest is marketed via email.

Also, if you as the contest holder decides to post audio or visual entries on YouTube, or decide to have a contest on Twitter or Facebook, you will also be required to understand as well as comply to the guidelines of each and every sites contest promotions regulations and rules.

“No Purchase Required” Really?
There’s no doubt that most of us has seen or know the phrase “No Purchase Required or (Necessary)” that’s visible across almost every contest promotion. This statement however specifically targets most state laws that currently prohibit illegal lotteries, as it may be considered as one. And “Games of Chance” may or won’t require consideration of any type, which includes purchase from a contest entrant. The actual phrase “No Purchase Necessary” is seen to be an attempt to emphasize to the entrants that absolutely anyone can enter their contest, regardless if whether that person actually purchases their product, brand or service or not, which is the actual focus of the promotion.

As for the company who’s sponsoring the contest, it’s only natural wanting to make conditions to a contest submission be requiring a specific task or some type of action that will benefit the company that’s being promoted.

One solution that may be considered to this “lottery” problem is by making it a contest based on skill, rather than more on chance. As an example, if your wanting to encourage your Twitter users to retweet information regarding your company, your website promotion or event, you may just consider some type of “skill-based” type of contest where the most original or the most creative re-tweet wins the contest and prize.

User Generated Content Contests
If your contest happens to involve user generated content, such as the contestants required to submitting either videos, photos, articles or short stories, the rules then must contain specific language that will grant you the rights as well as the license to use and republish that content. You may want to use that content for your own marketing purposes, such as featuring the winners in an after contest event, newsletter, or using the winning submission for a future announcement.

What you should be doing is obtaining full liability as well as a publicity release from each and every individual who happens to appear in the videos or photos that will be eventually displayed on your website. The official rules should also prohibit any content that’s obscene, defamatory, inappropriate, or the content contains material that’s owned by a 3rd party.

As a general rule, if you’re planning to display the winner’s content or photo for your own marketing purposes after the online contest has ended, you will also need an additional agreement from the winner, and this should also be disclosed in the rules as a condition of receiving the prize.

Know The Ages Of Your Contestants
If your product, brand or service happens to target those purchasers who are under 18 years old, be aware that there are a lot of States that have minimum age requirements when it comes to entering contests. Some companies will use age screening types of mechanisms, such as a ‘cookie’ that’s timed, to prevent the entrants from re-hitting the “Back” button wanting to change their age.

If the online entry form happens to collect any personal information from anyone who is under 13 years of age, which also includes email addresses, you must know and comply with the Child Online Privacy and Protection Act. This Child Protection Act known as COPPA, states that you are required to disclose whatever information that’s being collected, as well as obtaining “parental consent” which is verifiable, to collect as well as disclose how the information will be used.

Minors are deemed to lack the capacity to enter any contracts in most jurisdictions. A minor and his or her “acceptance” of the official contest rules, which does not have parental consent may be completely ineffective and void.

Age eligibility issues however are not just limited to minors or kids who are under 13 years of age. As an example, hotels do not usually allow “check-ins” by any individual who happens to be under 21 years old. So if hotel accommodations happens to be part of the prize offered by your contest, but happens to be open to entrants who are under 21 years old, you will then need the winner to accompany that person by someone who is over 21. In addition, you’ll need to specify if the expenses of the travel guest, which is most likely the parent or a guardian, will be part of the prize that’s awarded.

In addition to these legal risks, there can be also some serious PR related problems from a poorly run contest, particularly in the online social environment that we live in. So when you are designing and then advertising your contest, and managing all the legal risks, you should also be considering how the general online public will likely perceive the fairness as well as the transparency of your contest and its mechanics.