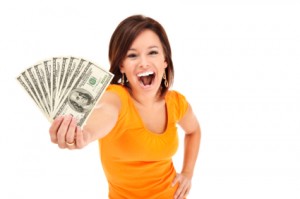 I have just decided that I’m going to retire early. That time has finally arrived to hang it up and go live the easy life of complete leisure on some hot far away tropical island. Once there I can sip those exotic pineapple drinks from real coconut halves, lounging on a beach, all appropriately adorned with those little paper umbrellas you’ve seen on “Cocktails.”

Watching those 8 foot waves gently roll in, lapping up the pure white sands of a deserted shore. I can do this because well, apparently I just won the lottery, again, congratulations to me.

No, Fantasy Island doesn’t exist. I would love to say that it does, but, as someone once said… no one’s calling you because you just don’t do it for the money. Rather, this sudden rich fortune has arrived because of another windfall.

The odd thing however is that I never even bought a lottery ticket. But still, the email I just received tells me that I’ve just won. It gives me the absolute reassurance that I will never have to work ever again.

In fact, I always win the lottery on a regular basis. At least once, maybe two times a month, you jealous. I guess it’s just a form of apathy that’s keeping me from cashing in. Or perhaps it’s the fact that I don’t really trust or believe a lousy email which is sent from an anonymous aol account telling me that it’s “official,” that I really won, direct from that lottery organization itself.

Sure, maybe the email should have come from an email address which is actually related to a lottery corp. Or maybe it was that poor nasty spelling and grammar which raised the red flags. Was it the… “We’d valiantly like to advice you to contacts of our clams department inclosed forthwith,” Really?

Does anyone even use “forthwith” anymore? And why would they even have a “clams” department. Seriously, these spam laced scam emails are getting annoying. We’re still apparently living in the dark ages to believe this type of scam even exists. Are we still that gullible to actually think that there’s people out there who’s willing to send us money just because we happen to have an email address.

“We need to move out millions of dollars out of our country, and in return for your help, we would like to give you a percentage.” The fact that these types of emails are still arriving in the spam box with alarming regularity implies that those career spammers are still able to fleece some people out there. Unfortunately, they are most likely the most vulnerable in our society, such as senior citizens who are the victims.

What may be even more alarming is that these industrious spammers are now actually getting sophisticated and even using official looking logo’s and flawlessly written emails direct from world famous banks to work their evil schemes.

There are numerous people who are getting emails from their local banks, with official looking “copy and paste” logos advising that that their banking details needs to be updated, validated or checked immediately, or something similar. So they should immediately supply them, via return email, with all their sensitive banking information ASAP.

Most don’t bother, but some respond back. These can come from banks or financial institutions when they don’t even actually use, so for the spammer, it’s just a fishing expedition for them.

It appears that all they’re doing is just “blanket email bombing” the Internet by the millions, and just hoping that they’ll catch a few easily fooled, gullible people with their efforts.

The Internet can easily pose these threats and dangers on various levels, not the least of which are always scam artists or career online criminals. So it’s advised that if it looks even a tad remotely strange, then don’t give in, don’t do it.

Make an actual phone call and confirm, and not to the numbers which are given in the email spam. Make sure that you do your research and background checks. Unfortunately, the need for personally protecting ourselves from all these unscrupulous operators are still our responsibility as the built-in security measures of these email vendors are not working.

The Risks Of Mobile Devices On Enterprise Networks