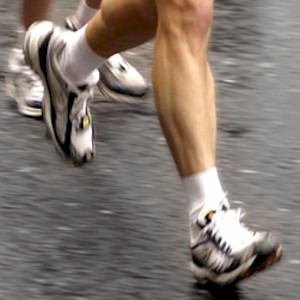 The most fortunate turn in my life came when a friend introduced me to running while I was in my twenties. You see joggers everyday, in the hot sun, rain, or sleet, I became one of them.

It’s actually the perfect exercise to do since it’s inexpensive while increasing your cardio and muscle tone, as you get free valuable pure fresh air in your lungs.

There’s no reason to go to a stuffy gym sharing the same poor quality of oxygen since just a pair of running shoes is all you need.

This to get fit while hitting that natural runner’s high, reducing the stress and anxiety of the day. I even ran a few 10K races for charity. I ran for the pure exhilaration although I was never the fastest person, but that didn’t matter, being average but participating was all that mattered.

Then I eventually experienced my first running injury which I nursed back to health, where during that time I became completely miserable since I couldn’t get my fix, my addict, which was running.

Then We Get Older
Although there’s plenty of individuals who flourish later in their lives as they grow older, aging is a difficult process to accept since it compounds issues while accepting changes in our bodies.

Women especially will attempt a variety of ways to tighten their sagging skin, or lose that belly fat, all in the attempts to recapture their youth, while men will do the same such as looking into hair replacement, or buying a sports car.

Once we get older, we’re forced to deal with managing our bodies better which never looks or feels the same, and won’t function as efficiently as it once did.

Narcissism And Old Age
Some will then become narcissistic, which tags our self-esteem, protecting our once mighty egos. We still want others to continue to admire us while attempting to remain self-sufficient.

We like to remain as confident as possible while we admiring those who are. Once we begin to disappoint others, what we’ll usually do is begin to look internally for soothing and solutions.

So what’s required is a certain level of narcissism which then allows us to properly cope with the various stresses as well as the disappointments in our aging lives.

Coping With Our Aging Bodies
Once the cells in our bodies begin to breakdown, we become inherently annoyed about it. We’re still wanting to be able to control our body parts while expecting them to remain functional.

I’m still wanting to go for a long run, non-stop, around Stanley Park. But then I realize I’m no longer able to do so. It’s normal for wanting to feel the competency of our youth, as we want that 22 year old body again.

This narcissism can become problematic however once we admit that we need help from others, but may be too proud to ask for it. It becomes a difficult thing to admit that we’re still wanting to do everything on our own, but no longer can’t.

The Need For More Dependency
What the aging process does is it increases illness. Older adults who loses their functionality will become bitter about needing a hearing aid, or will become upset once they’re forced to write everything down to remember things.

In order for us to age well, we need to accept the fact that our bodies may stop serving us like it once used to. Aging can become a nuisance, but those who are narcissistic about it, will continue to try overcome these negative feelings.

The Denial Of Aging
What popular culture does is it makes the situation worse. What’s projected in the media is the denial of growing older, by looking as young as possible. There are the constant ideas and theories on TV which can potentially halt the aging process.

The message is that if you’re not able to reverse the internal aging process, you can then just change it externally by making yourself look younger then you are. It’s as if once you do change your exterior appearance, our insides will magically transform as well.

Aging has to be viewed as a reality, but it continuously sends us mixed messages. Even those who are able to age with minimal limitations will still eventually suffer degrees of loss.

For those who become physically ill, the grieving becomes more pronounced. The biggest issue when dealing with getting old is the need to realize that it’s our self-esteem which suffers the most.

Just Accept The Aging Process
It’s obviously a painful experience to grow older, both physically as well as emotionally. Attempting to manage our self-esteem becomes more about accepting our limitations, rather than pretending or doing too much, as if it didn’t exist.

So it was a bit of a blow when for a few weeks I couldn’t go running. Not because I wasn’t capable of doing so, but because of knowing I could get injured again, and not possibly be able to run.

I now jog half the distance, half the speed as I once did when I was younger. As of right now, I wonder when that day will come when I may not be able to run again, ever.

My body will ultimately decide when running is no longer an option for me. In the meantime, I will continue to run, and will love every minute of it while it lasts.

The Number 1 Reason Why Your Diet Doesn't Work It Sucks