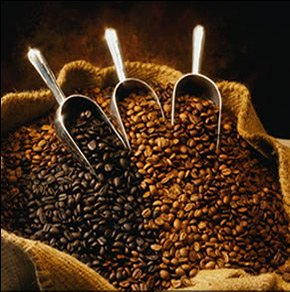 The Cocoa Bean is appearing more and more to be the real genuine natural health food. Over the past decade or so, there’s been reports of the excellent medicinal values which the cocoa bean presents, which is obviously great news for your sweet tooth.

Cocoa however seems to be under constant scrutiny in the scientific health community on its true benefits. What’s known is that researchers has recently discovered that cocoa is abundantly rich in naturally occurring polyphenols, making it an excellent dietary source. Polyphenols are known to offer superb antioxidant properties to the body once consumed.

Although it’s true that in certain cases, dietary based antioxidants are not always that well absorbed by the body, the same researchers has found that the polyphenols which are found in cocoa are easily absorbed as well as properly distributed and utilized.

Cocoa And How It Benefits The Heart
The majority of studies which happen to involve cocoa have been conducted and tested in the cardiovascular realm. It’s becoming quite clear that cocoa is an extremely healthy food for the heart.

When the cocoa bean has been tested on humans, it has been proven that once the absorption occurs, it’ll improve the blood flow throughout the cardiovascular system, while reducing inflammation and lowering blood pressure.

The properties in cocoa also rids of the less desirable and unwanted LDL cholesterol, while elevating the “good” HDL cholesterol levels. Overall, what the consumption of pure cocoa does is it will protect your heart against arterial plaque build-up.

Other Benefits Of Chocolate
The ability of cocoa being able to improve blood flow is reason enough for consumption. Since it also reduces inflammation, it has led researchers from a variety of other medical disciplines to take notice and begin examining the potential health values of consuming pure cocoa.

Since the majority of chronic medical conditions are derived from low-grade inflammation, as well as from compromised blood flow, it’s not surprising that cocoa is now the subject of research in health improvement areas including:

The Beauty Benefits Of Eating Chocolate
There’s also research on cocoa being focused towards the beauty aspects, particularly the skin, that it’s able to provide. The high polyphenol content of the cocoa powder has proven to improve the direct blood flow to the skin. What this does is it will improve hydration while decreasing scaling and roughness, particularly on the facial area, and is primarily effective on middle-aged adults.

The Difference Between Cocoa And Chocolate
You knew there had to be a catch. It’s vitally important to know that cocoa and chocolate are two completely different things. Cocoa is the non-fat, at times bitter tasting extraction once the cocoa beans are ground down. Milk or dairy chocolate, as in the sweet processed kind, contains varying amounts of cocoa, loads of sugar as well as fat which is derived from cocoa liquor, known better as cocoa butter.

What the researchers support is the percentage value of polyphenols which are resident in pure cocoa. Since the manufactured chocolate is extremely high in calories, you shouldn’t be translating this as a license to be able to eat unlimited quantities of chocolate bars and subject it to becoming healthy.

Much like drinking red wine for promoting better health because of it’s natural properties, moderation is the key for chocolate consumption. There’s cocoa which contains high levels of polyphenol on the market, usually at your health store, which are low in calories as well as containing little or no fat. These products are now becoming increasingly popular and commercially available for consumption.

So What Do You Really Know About Your Self Image