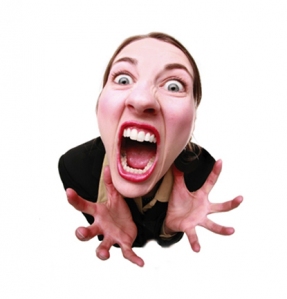 You will experience better overall sales if you lead your customers to relax. The majority of retailers will just typically crank out the festive music along with displaying all the red and green decorations to hopefully put their customers into the buying and giving mood during the Holiday Shopping Season.

According to a recent study based on buying behavior, retailers may instead want to consider using proven relaxation techniques to soothe and coddle their customers. There are some extreme methods which the higher end shops do, such as free pedicures or back massages, although it’s not expected that you go to this extent.

Relaxing And Remaining Calm
By performing this study, the researchers who believe that relaxation prompts people to spend more, found that when buyers are in a relaxed mood, they will actually open up their pocket books more often and a lot quicker.

It’s been a well known method for “luxury” retailers who has used various calming techniques, even subliminal cues, such as pleasant relaxant aromas and soft mood lighting and music to successfully coax their customers into opening up their wallets and spending more.

Relaxed customers will generally spend more for almost any kind of merchandise, including utilitarian products to physical services such as parachute jumping lessons, according to this study.

This study was coordinated to value and analyze the buying habits of consumers in general and found that relaxation is the key common denominator for more spending.

A relaxed shopper opens up their minds to think more abstract, forcing them to focus on the positive benefits of a product or service, rather than on just the specific features or the details.

How This Method Was Conducted
There were actual experiments which were used to evaluate and then determine the best situation for consumer buying behavior. In the first test, the consumers were randomly shown a series of videos. The first was a relaxing 12-minute video which featured calming nature based scenes along with a soothing voice narrating the viewer through various breathing exercises.

The other 12-minute video which was based on robots, almost the polar opposite of the quaint nature video. After the random consumers watched the videos, they were then shown images of 15 different products, varying from a LCD TV monitor to a digital picture frame, and they were asked how much they thought the products were worth.

For those who watched the relaxing video, they all collectively thought that the products were worth more than what the other group thought. This by an average of around 15% percent more.

In another test simulation, directly after the participants watched the videos, they were then asked to place their bid on a laptop computer on eBay. Those who had watched the robot video, placed bids with an average maximum of around $395. Those who watched the nature video bid on average $35 higher.

So What Retailers Can Do
With the holiday season closing in rapidly, and unfortunately the entire nation still caught in a bit of an economic tailspin, it’s extremely difficult to place these stressed out shoppers in a “Zen-like” state, hoping they would spend more.

Shoppers seem to be getting tired as well as a bit worn out having to spend yet more money this upcoming holiday season, this according to a research firm which tracks consumer spending trends.

Getting the general shopping population to relax is going to be a difficult proposition this year. The majority of retailers may not have the time or the resources to set up massage chairs or yoga lessons on every aisle.

Using Practicality
There are however some practical things which the retailers can do to make their stores a little more relaxing. This includes playing soothing music as well as reducing waiting lines at checkout.

Customers are now just generally turned off by the sheer volume of other shoppers, finding the entire shopping process at this time of year extremely tiring. The most stressful part for them was waiting in line to check out, compounded by they needing to pay the cashier once they got there.

What’s recommended is to do something similar to what the Apple stores are doing, which is having roaming sales staff who are equipped with their own hand-held card payment swipers, this obviously to reduce lines.

Even online retailers can do their part to make the shopping experience a lot more relaxing. They can design their sites to make them easier to navigate. Most can also simplify their checkout process and possibly offer benefits such as free shipping or coupons.

Amazon is the ultimate model eCommerce website example with their easy “one-click” ordering process. What you want to do is completely eliminate the stress which the consumer experiences when spending money. The burden of dishing out their hard earned cash for the gift is agony enough.

Signs That You're Taking Your Work Life A Little Too Seriously