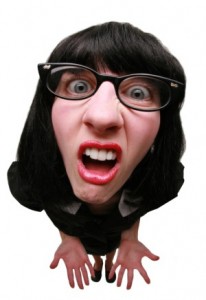 There are warnings posted by several Consumer Awareness Websites along with Internet Watchdogs that some of the so called consumers who provide feedback or Reviews on sites on a variety of products or services, may not always quite be who they claim to be. And in some cases, as a result, they may be a tad misleading and favorably biased.

The majority of potential buyers with money in hand will usually turn to consumer reviews as a last resort so they can find out first hand what others, their peers, think of the product they’re about to purchase. But unfortunately, there’s mounting evidence which points towards some of these online feedbacks may potentially be fake and be planted.

It’s becoming known that professional freelance writers may at times load their own websites or blogs, review sites and forums with positive comments regarding a particular company’s product or service, while placing negative feedback about their immediate competitors.

Since this can and does happen, what then appears like genuine unbiased consumer review may not be quite what they appear to be. So its advised that each and every comment that you read on the Internet needs to be taken with a grain of salt.

The Reviews Tested
In one particular instance, a reporter decided to enter the name of someone who happened to make an insanely positive “over the top” review, and pasted their name into a search engine, and then quickly discovered that the “consumer” was actually employed by the company as a communications manager.

In other cases, a potential “red flag” should occur when the identical wording and language flow used on the sales page of a site is identical to the “positive” testimonials and review comments on the website itself, obviously written by the same individual.

Major Merchants And Their Reviews
Amazon for instance, to avoid false reviews, has a policy which prohibits any “positive reviews” for products which the author has any type of financial investment in. Along with a company using their own staff members to write reviews, freelance and ghost writers are also paid to write positive absolutely gleaming “buy me now” type of reviews to post on the Internet, while simultaneously trashing a competitors company or product.

Although the majority of online customer feedback are still genuine and reliable, it’s urged that consumers need to stand back and consider several things when it comes to reading and then evaluating a company’s product reviews.

How To Spot Fake Reviews Comments Or Ratings

Look At The Name Of The Author
Look for fake reviewer names, which may include two or three numbers directly at the end of their name, such as Susan Jones123. They may indicate that they’re a product of an automated review posting software program, yes they do exist. Also, some of these fake reviews can be spotted a mile away, especially if the reviewers name happens to closely resemble a business or a products name.

Over The Top Glowing Subject Lines
Most “real” consumers who write reviews won’t usually bother using excessive subject lines such as “Buying this great product completely changed my life.” Another obvious giveaway is when the name of the product is repeated several times while giving detailed product description, such as “The ABC Model consistently outperformed all of the other smartphones in its category.”

Unusual Awkward Sentence Structure
Another red flag is if the review happens to be worded awkwardly, or is vague or praises the company too much, especially if it’s new or unknown. There’s a good chance that it may be planted. What you can do is just cut and paste the suspect sentences and paste them into a search engine and see if the exact same verbiage comes up on other sites across the Web.

Does the feedback closely resemble a well crafted ad or does it look like a review from an actual real product user? All those consumer reviews which are perfectly written and reads much like actual product description found in catalogs most likely are fake.

Is The Marketing In The Message
If the review happens to exude absolute blind product loyalty, as well as using shiny subliminal marketing phrases such as “it integrates perfectly and seamlessly,” or “this product is exactly what you’ve been looking for,” it was most likely written by someone professional who is pushing the product.

Spotting Strong One Sided Reviews
While genuine consumers may feel strong enough to provide opinions which may be for or against a product or a company, make sure that you take a second look at any feedback which is excessively positive or blatantly negative. Once you understand how these companies along with their hired reviewers operate, you can then detect a feedback or review response which has a hidden agenda.

Long Reviews Containing “Life Altering” Testimonials
They should raise your suspicion. But keep in mind that there’s no guarantees that a short precise consumer feedback posting is legitimate either. The best way to get an accurate product review is to read feedback and comments from a variety of different sources, and then begin looking for patterns in the comments on a single site. The various social networking sites can also be an excellent source for leads and unbiased reviews.

The more that you read about a certain product or company, the better that you will be at pointing out and then judging whether you’re reading a real legitimate comment, or some meaningless marketing material that’s disguised as a consumer experience. They will eventually stick out like a sore thumb that you can immediately spot.