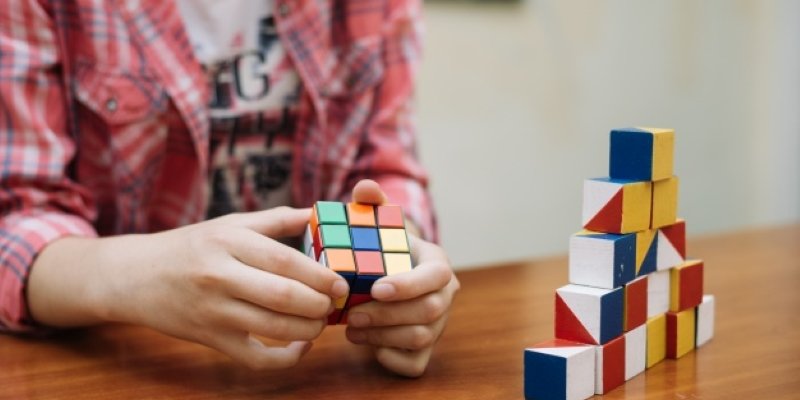 Almost everyone would correlate the intelligence of someone, to the well-known testing measurement known as Intelligence Quotient, or IQ. This once there’s discussion on how brilliant someone appears to be. A definition of intelligence is to never generalize, assume, or speculate.

Intelligence means how fast or efficient an individual is able to mentally or physically solve a problem, correctly.

What intelligence involves is the process of logical thinking. The thought process of being able to analyze a problem or situation through its entirety, and be accurate about it.

Intelligence also includes the ability to be able to reason. To plan things in advance, think in creative abstract, comprehend ideas and language.

To be able to want to learn and understand something new. If it’s considered an emotion, it would be introverted.

How Intelligent Do You Think You Are

The teaching institutions such as the schools and higher learning, would have you believe there’s only one measurement, and that’s how quick you think. To solve complex problems, logically.

To quickly resolve or remember facts as well as figures. As a result we’re constantly prodded, tested, and quizzed on them.

Having A High Intelligence Quotient

It’s found there’s just a small portion of the population, based on this testing, after the brain is poked and probed, has a high IQ score.

The average IQ score, is considered to be anywhere between 85 to 114.

Those individuals with a higher IQ score, are the ones who are able to find academic teaching, learning, memory retention, relatively easy for them to grasp.

But the vast majority of us, we aren’t exactly gifted with a high IQ.

Most will fall within and around the medium, the average, and the very reason why we’re considered average. We’re not the sharpest or the dullest bulb.

A High IQ Is Not Considered A Measurement Of Success

The good news for most of us, those who are “average” in IQ, is that IQ alone isn’t considered the sole measurement when it comes to intelligence. This when it comes to how successful we become in life.

It’s a well known fact, the majority of individuals who has a high IQ based on testing, don’t become successful in life as their high IQ score would suggest.

It’s found the majority of individuals with a high IQ, will take safe, yet reasonably well paid routine careers.

These individuals with high IQ’s, are traditionally not comfortable with taking risk, and are usually boring.

They would rather limit themselves and their own success by being safe, secure, and predictable. Most will often fall short of what their high IQ potential suggests.

The Social Measurement Of Intelligence

There is another type of intelligence measurement, perhaps a better indicator of intelligence when it comes to surviving in the real world. One that focuses more on how successful one can become in life.

This measurement, is known as “Emotional Intelligence,” or EQ.

What emotional intelligence offers, is the ability to comprehend abstract (theory) in real life. To be mindful.

This measurement has more to do with understanding, recognizing, and choosing how we think, act and feel, while living life in real time.

What it does, is it carves out and shapes our social interactions with other individuals, and how we understand ourselves. What it defines, is how and what we choose to learn.

Having a high EQ allows us to set up priorities and profiles. What we should do next, which determines and dictates the majority of what we decide to do on a daily basis, and in life.

Someone with an extremely quick wit, having a great sense of humor by being able to process and lighten situations, are those thought to have high emotional intelligence.

What emotional intelligence reveals, is the capability and the capacity to be able to create positive outcomes, when it comes to our relationships.

The good news is these skills can be learned. What this results in is the ability to create love, joy, and success within ourselves, and in every area of our lives.

The Showdown: EQ or IQ

What emotional intelligence displays, is it reveals our intention and action to perform. The ability to think on our feet. IQ has less to do with performance, but instead reveals an individuals potential.

The good news is, despite our lack of a high IQ, we can all polish up and improve our EQ.

Once we do so, it will help us build better relationships with others, better manage and control our emotions appropriately. So we can focus our efforts to become more successful in our lives.

Emotional intelligence, is now considered a better predictor, on who’s more likely to succeed in life, rather than basing it on how brilliant someone does on a test score.

Is There Intelligence Beyond IQ And EQ

Once you sit back and reflect in and on the world around you, what do you ponder, wonder about the most. What are your most common dreams.

Do you view the world and your existence in it, as just space and time, mass and energy. Do you often dwell on what the purpose and meaning of your life is.

Know there’s a third “intelligence” gauge, one that many aren’t aware of, which is known as spiritual intelligence, or SQ.

What SQ considers, is your viewpoints beyond materialistic living, such as everyday modern life.

Without spirituality, or the belief there’s a higher power, it becomes easy to live an unhappy dissatisfied life, with no purpose. This regardless of how much material possessions you accumulate.

Can you really consider yourself to be successful, if you’re not happy about it. So to experience peace within yourself, there needs to be an equal balance between IQ, EQ, and SQ.

So if you’re fortunate enough, to have been gifted with a high IQ, then obviously the better off you’ll be.

But you shouldn’t just rely on a high IQ alone. It needs to be amalgamated with a mindful EQ, and a purposeful SQ.

Does Physical Attraction Matter When It Comes To True Love