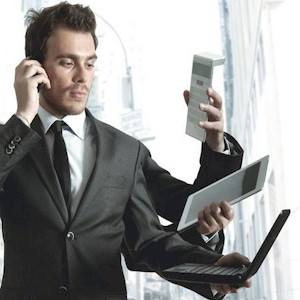 What we all aim for is to become more productive, to be more efficient in everything that we do. Doing so saves time, angst, and stress, leaving us with more leisure time. What this hectic world doesn’t afford us is to enjoy life more.

What we seek is to escape, to remove ourselves from all the cares and the zaniness of the daily circus of our work and home. It appears that on the surface, what we’ve all become are phenomenal at multitasking, capable of amazing feats of endlessly flipping and adjusting our to-do lists.

Every area of our lives are fraught with the real peril of potentially losing touch with ourselves, our families, this to the point that we forget about the journey that we’re on.

Our lives begins to spin out of control as we enter zombie like states, acknowledging all and everything with bleary-eyed winks and groans. We’ve become a lot more reactive than being actively productive.

This the reason why we appear to be spinning our wheels, while it feels like we don’t have a second to spare, and that everything we do and all our time is accounted for in some way or another.

What becoming reactive does is it flushes out our ability to consider things from a different perspective. What productive activity does is it refreshes and invigorates, awakening an awareness on what’s sorely lacking.

How To Become More Productive

Placing All Core Priorities Ahead Of Others
What productive people do is make sure that they’re always moving forward, making some type of progress on whatever they happen to be doing, this rather than allowing their energy, focus, and willpower to get devoured up by endless interruptions.

Develop A System A Template To Do Things
Once those who are productive knows they need to do something that’s repetitive, some type of task over and over again, what they’ll do is develop a system to do it more efficiently, this by creating a template that they could put on autopilot.

They develop systems rather than making new plans every time from scratch, so they won’t need to do things again, which wastes time. The biggest advantage of a system is that you can always refine it to make things more efficient.

What developing systems also does is it minimizes disruptions, such as if an employee is sick, or is replaced, what having a system in place does is it makes the transition seamless.

The concept of systems and fitting it in a template doesn’t just apply towards business, but also to everything else in your life as well. You could have a streamlined weekly grocery shopping list, instead of scratching out a new one every week.

Completing Tasks Rather Than Jumping Back And Forth
What productive people do is finish all of the projects that they begin. What they don’t do is jump around from one unfinished project to another, being completely unproductive while wasting time.

What they also don’t do is begin several different projects at once and then end up with several unfinished projects, becoming disorganized and getting nothing completed.

Just Do The Things Which Are Working
Once someone that’s productive finds something that works for them, what they’ll do is double down and concentrate on that, this to take advantage and maximize its benefits.

Once they find that something doesn’t work out, they’ll quickly abandon it and move on. But if something does, they’ll just hunker down and squeeze out everything they can from it, riding it as far as it will take them.

Use Knowledge In A Variety Of Ways
If they happen to have knowledge in a particular area, subject, or niche, they won’t focus on just one angle to present it, but what they’ll do instead is write or discuss various viewpoints, this by presenting different angles.

Although there would always be a bit of overlap, each would have their own unique theme, each a different twist. What they’ll do is find different ways of repeating the same things over and over again.

What doing so does is it utilizes all their core strengths along with their unique skills, while also ultimately resulting in more productivity while doing something that appears completely new.

Having A Systematized Method Of Recording
What productive people do is they have an established way of documenting, taking efficient notes which prevents them from wasting time. What this includes is a system of writing down all their ideas so they won’t forget or dismiss them.

Always Followup
Whenever they get any type of lead or idea that’s promising, what they do is make sure to followup. They won’t bother reaching out to someone, have an insightful conversation, and then just allow that conversation to go nowhere. If they’ve made a commitment to follow up, they will.

Procrastinate To Be More Productive
What the most common forms of procrastination does is it leads towards an increase in lethargy. But what the productive types of procrastination can do is boost efficiently by not doing things that don’t work. This since they’re also able to boost positive emotions while ruling out the negative ones.

Look At The Potential Rewards Rather Than The Risks
What productive people tend to do is think about all the potential rewards of whatever it is that they’re doing, the positive end results when they’re attempting something new, this rather than thinking of the risks or reasons why something won’t work out.

Never Overly Personalize
What they would never do is overly personalize things, especially if things don’t work out. Although they do care about being accepted and liked by others, they won’t spend any additional time thinking about it.

Learning To Deal With The Life Circumstances You're Dealt With