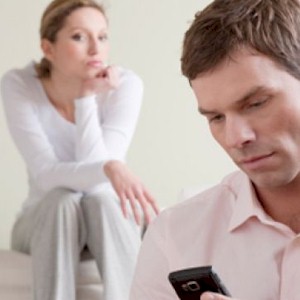 Country music has become an industry of songs about getting dumped, duped, heartbreak, woe is me. This during the initial stages of the dating process, which is the supposed gateway, the stepping stones to finding romance, a prelude to pleasure, rather than becoming torture.

We are the only species on the planet that’s required to go through this ritual when seeking out a mate to capture a relationship. The biggest issue being that we never accurately know who or what that blind date is thinking. Do I have spinach stuck between my teeth.

Is there any chemistry, a connection, is that person even interested in me, or just hungry. The biggest fear is that at the end of the night, we get the brush off, sayonara, “Sorry, I don’t like you.”

There’s no spark, we’re not a good fit, I’m busy, how about we just be friends. Rather than using these simple statements of daggers to the heart, why can’t there just be an eject button on the chair.

So the key is knowing what the subtle signs of the most common brush off signs are. If you’re on the receiving end of rejection, accept it, move on, there’s no crying in dating.

After all, what you’re searching for is a genuine grown up romance, not a gold digger or a momma’s boy, a player or a sponge. You want someone who can actually carry a conversation.

If you’re on a date and receive the brushoff, what you just want to do is excuse yourself to the bathroom and then run for the hills. Good riddance, since that’s the type of person you don’t want to be with anyways.

The Subtle Signs Of Getting Dumped

Postponing: Too Sick Or Too Busy
Someone suddenly loses interest in you and stops returning your calls, emails, or texts. When meeting someone new, at least have the courtesy to not break any plans during the first couple weeks.

This is the period of uncertainty, so if you’re interested but unsure, don’t give them the wrong message. If someone suddenly postpones or breaks plans more than once, that’s a definite brush off.

Their behavior is showing too much conflict, they’re confused, this can be for a variety of reasons: they met someone else, they work too much which is more important, they’re scared or too scarred to start something new.

There’s nothing that crushes the self-esteem like not being a priority, so identify this brush off quickly and then move on.

You Phone Them: They Email Or Text Back
If you occasionally get texts in response when you leave phone messages, don’t bother over thinking it. But if the texts are every single time that you call, then that’s a kick in the gonads.

Know that your inquiries are getting completely brushed off as being a nuisance. There are some who just don’t like talking on the phone, but they should have the courtesy to talk to you several times a week. If this minimum isn’t met, then forget about them.

You Never Meet Any Of Their Friends
The biggest mistake most make is introducing their new prized catch to their friends too soon. This sounds harmless, but friends will usually scrutinize and break down every little detail about them. This makes your date feel uncomfortable.

But what happens when you’re wanting to meet their friends, or roommates, but you never get the opportunity to do so. You’ve been dating a few months but are yet to meet anyone in their personal life. This is a warning sign, so leave immediately, assume the brush off.

You Meet At Odd Times
Initially, it makes sense to schedule a date over lunch or for an early evening coffee. But if your date is genuinely interested in you, the “premium” time slots on Friday or Saturday night should be available.

If you’re constantly meeting at odd times during midweek for instance, it’s then safe to assume that your date doesn’t consider you to be good enough for prime time.

So if you’re entering into your one or two month anniversary mark, then you should be meeting during these exclusive evening time slots at the end of the week. If not, then you’re not that important, so pick up your sagging self-esteem and leave.

Reacting To The Brush Off

What you shouldn’t do is allow insecurity and fear to fester in your head. Once you have these unsettling thoughts and feelings, find an outlet, a way to rid of them so you don’t get in a rut, which can lead towards becoming obsessive or feeling depressed.

If you’re getting internal signals from your brain that you’re most likely getting dumped, then deal with the situation as soon as possible. Identify the root of these issues and confront the situation.

Talking To Them On The Phone
“Hi, it’s Jason. I get this feeling that you’re brushing me off, and it’s okay if you’re not interested in me. Either way, let me know, I’d appreciate it if you tell me what’s going on with you. I can handle it.”

If you’re wanting to know exactly where you stand, how they feel about you, then simply ask. It’s better to know sooner, so you can cut your losses and move on without investing further in the relationship.

If you think you’re detecting someone who’s playing games, or smell a rat or a player, as most can from a mile away, then detach yourself. Send an email or a voice message saying you need some time, this to decide whether you have enough interest to continue the relationship.

If you do decide to take some time off, never respond to their efforts to reach you. Get opinion from others you trust if you need too, whether the relationship should move forward or end. If it’s over, then Thank you.

Ways To Overcome Difficult Times Of Failure And Come Out Ahead