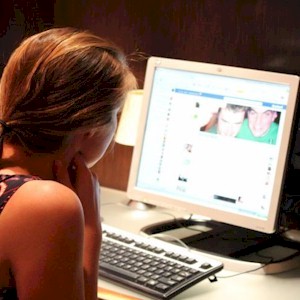 Sandy has a new boyfriend. She’s overjoyed with excitement that she trapped someone who could tolerate her overbearing ways. She wants to share the news on social media, so her worthiness as a functioning human being would be verified. She wants to post photos, as the comments and likes makes her relevant.

What some wonder is why she would even bother broadcasting her private life on such a public forum. Can’t she just keep it to herself. The reason for her doing so is what’s known as “attachment theory,” where for some, there’s a need to share, display their profile with others, to verify their self-esteem.

What exists for some, is the basic human need to be verified by others, this to help them know, so they could process what they’re thinking and feeling. This sense of recognition from others, is the process on how they’re able further communicate to themselves and everyone else.

Look At Me Dammit
This is necessary for healthy psychological functioning. There are some however, and you know who you are, who crosses the line seeking this self-adoration, which can be painful to witness, this in the attempts to become social media darlings.

There are undercurrents that are associated with this obsessive behavior, to have others verify and hopefully adore them.

This goes back to their childhood, where they needed to be the center of attention, so that everyone could see firsthand how special, important, or better they were than everyone else.

Because I’m More Important Than You
The behavior that’s linked to these demands, appears to be a person who’s insecure and self-centered, what experts claim as being narcissistic.

Narcissistic traits is what turns off many once they see it in others. So we hate to think that it’s a part of our own personal makeup.

What many don’t want, and will do anything to avoid, is being labeled as a narcissist, as it’s considered one of the most undesirable human traits. What’s not realized however, is that narcissism can be a healthy behavior, provided it’s not taken to extremes.

Crossing The Line Into Narcissism
Moderate healthy narcissism is the foundation of expressing self love, which is confidence, provided that it’s not totally self-centered or completely selfless.

What displays of healthy self-love does is allows us to balance meeting our needs, with the needs of others.

What’s known is that sharing with others, who may be or are going through something that’s similar to our own experiences, can do is enhance the pleasure of the moment.

Although sharing extraordinary experiences with someone can make us feel better, they can also interfere with our ability to connect with them.

This can happen when someone hasn’t had similar life experiences, such as someone sharing pictures of their grandchild on social media to those who doesn’t have children.

But I Don’t Want To Be Narcissistic
Instead of your friends admiring how special you are, what they might feel instead is left out, or become disconnected from who you are, and your situation altogether.

What you’re wanting is acknowledgement, your back patted, this for something that makes you feel special or stand out. It might instead leave others feeling worse about themselves, than if you would of just shared a bonded experience with them.

So does this mean that you should stop sharing all of those special moments or achievements in your life, or if you currently have something wonderful going on, you shouldn’t tell anyone? If you did happen to share these moments, does that make you a narcissist?

Narcissism Is A Natural Human Trait
What everyone needs is a dose of narcissism, which is completely normal, so having these tendencies, the need to display yourself at times, doesn’t define you as being a narcissist.

The clinical diagnosis when it comes to someone being a narcissist is defined as “pervasive grandiosity, the need for constant admiration while having a complete lack of empathy.”

Narcissistic needs doesn’t make one a narcissist, this provided that they remember others also have needs, and every has their own opinions as well. That they also have mutual similarities themselves.

Finding a good balance when it comes to your needs, and the needs of others, is the definition of friendship.

To Share With Empathy
What Sandy found was a solution to her problem. What she also wanted was to share her excitement with others on social media, to her best friends.

What she realized was that she just simply needed to find a better way of framing her feelings to others, so that they didn’t feel left out of the moment. So how could she share her experience with them, this without making them feel unhappy, left out, or inferior.

What she did was thought about all the ways that she and her friends had previously been, and how they remain connected.

She also made sense of the reality of some of the unpleasant things they were feeling, realizing some of the natural responses to her excitement, might be sadness, jealousy, hopelessness, or longing.

I Know How You Feel
So instead of just constantly broadcasting what she’s personally doing or done, what she began sharing was some of the disappointments, pains, and the discomforts that she’s experienced.

After recognizing that this was a balance which needed to be maintained, what she found was not needing to constantly go on about how great her life was.

So if this is you, sure, share your experiences, but also pay attention to what’s meaningful with others as well. Take the focus off yourself.

What’s perhaps more important, is having the capacity to share their experiences, which will bring you greater pleasure than insisting that others admire yours.