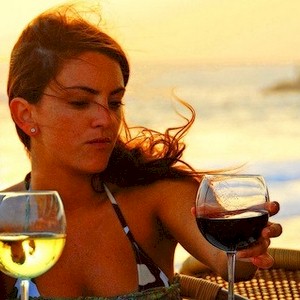 Some vices which were at one time thought to be bad for you has actually been proven beneficial, or at the least not that damaging. The belief being once you begin cutting out on these “bad” habits, then your health should improve.

The health community suffers from this misconception that if anything is actually enjoyable for you, then it must be bad. For the most part, this is now believed to be a myth.

It’s always been thought that the human body knows the exact state of it’s own condition, and knows a lot more than what any doctor can diagnose when it comes to knowing what’s good or bad for it.

So if you happen to feel great doing whatever you’re currently doing, then it’s obviously working. On the other hand, most things which are actually bad for your health will generally leave you feeling worse.

For instance, those individuals who drink alcohol moderately, at times, will live longer than those who don’t drink at all. But if you go out for an all night bender, and have a lot of fun doing so, you’ll pay for it the next day as you experience that massive hangover, and the liver recovering from the battering that it took.

So listed are a few “vices” which may at one time been thought to be bad for you, moderation being the key.

Some “Bad” Things Which May Actually Be Good For You
• Too Much Of That Heavenly Sunshine – Some will claim that getting too much sunshine in excess isn’t that good for you. But it’s also been discovered and now well known that sunshine is critical when it comes to the production of vitamin D.

There are a number of studies which support that a deficiency in vitamin D is also associated with, and shows an increase in: high blood pressure, diabetes, losing one’s balance, osteoporosis, immune diseases, and a list of other various health issues.

Deficiency in vitamin D is also thought to be becoming an epidemic since there are some misguided advice which claims that one should avoid sunshine. So the best advice may be to not avoid sunshine, but not get too sun burnt.

• For The Love Of Eggs – Eggs are now considered an excellent health food as they’re actually the closest food which you can eat that’s considered a complete protein.

What “complete” protein refers to is the amount and types of amino acids which are found in eggs, which closely resembles what human beings are made of the most, and thus what we need more of.

Eggs however once suffered a bit of misfortune in the health industry with the erroneous belief that consuming cholesterol which are found in eggs, will actually raise our own cholesterol levels, which can increases the risk of heart disease.

This has been found to be a complete myth and isn’t true. The “bad” cholesterol levels are influenced by the poor fats which you consume in your diet, along with other factors such as your thyroid, weight, and genetics, and not by eating too many omelets.

So based on the past decade or so of research, it’s been discovered that those who ate up to 6 eggs a day, for a period of 6 weeks had no effect on their cholesterol levels.

So whatever you read on the Internet, what you were taught in medical school, or whatever your fitness instructor tells you, isn’t always accurate. It’s advised that you explore a cross section of medical literature and advice to form your own balanced and weighted opinion.

• Yes Please To Chocolate – In addition to chocolate being a completely natural antidepressant, pure dark chocolate is found to be full of healthy antioxidants as well.

Chocolate has also been found to help alleviate or reduce: chronic fatigue syndrome, coughing, high blood pressure, along with a variety of other other conditions and health issues.

It’s recommended, however, that you go for as pure of dark chocolate as possible. An ultra sweet milk chocolate bar from the local supermarket won’t do the trick. What’s recommended instead is a low calorie, low sugar chocolate source instead.

• Drinking Alcohol In Moderation – There’s an on going study which has shown that those who don’t drink a lick of alcohol won’t live any longer that those who like to swig a couple few drinks a day.

The only issue and problem is that once the alcohol drinking becomes chronically excessive, once it begins to go beyond the average 2 or 3 drinks a day, that’s the point when those who don’t drink alcohol will be better off health wise.

• The Horizontal Grind – Yes, you know what I mean, doing the bedroom hump. For those who argue that this is a bad “vice,” then you, me, and any other human on earth wouldn’t exist. And there’s now close to 7 billion examples.

Doing the dirty deed with someone that you love, while in a committed relationship, is considered healthy. One study revealed that it leaves people looking a lot younger, since doing so releases a certain growth hormone, which at times is called the “fountain of youth” hormone.

There’s research however which supports that those who are extremely obese, or may have heart issues, has a higher chance of getting a heart attack while doing the dirty.

So It’s Not All That Bad… Really
So not everything that’s thought to be bad for you necessarily isn’t. It’s also always recommended that you check with your body first, then your feelings, and find out what they’re trying to tell you.

This way, you may even live to be a 100 years old, and be actually glad that you did.

Start A Sensible Savings Plan For Your Financial Future