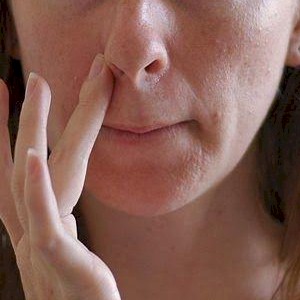 The flu is a dreadful ghastly symptom, how three simple letters can cause such angst. The flu is the common name for the influenza virus. What this dreadful illness does is it infects the respiratory track, and is usually spread from person to person via sneezing or coughing.

The flu is and should be taken seriously, this because it’s a major cause of sickness which can result in hospitalization, and at times demise if not treated promptly. The flu is a contagious airborne illness, with a cure being the annual vaccination shot.

On a yearly basis during the winter season in the Northern Hemisphere, on average, it’s estimated that 5% to 20% percent of the population contracts the flu, where a portion are hospitalized, this from complications of the illness.

A Common Medical Concern
The majority of these individuals are young children or older adults who may have weakened immune systems, or those who are directly exposed to the threat such as health care workers. At times, most aren’t aware of the symptoms until it’s too late.

What’s also aggravated by the flu as it progresses, are stomach symptoms such as vomiting, nausea, and diarrhea, which is found more common in children.

Complications Of The Flu
Which can include bacterial pneumonia, ear and sinus infections, dehydration, and in its advanced stages, chronic medical conditions such as diabetes, asthma, and congestive heart failure.

Fortunately, there are ways to lessen the chances of getting the flu. What’s most commonly recommended is constantly washing your hands, along with the annual flu shot.

It’s found that the easiest transmission of transferring the flu germ into the body is by hand to mouth, or hand to nose contact. So what’s advised is vigorously scrubbing with anti- bacterial soap and warm water, this on first indication of the flu.

Always wash your hands after you use the bathroom, before handling food, before and after human contact, and before eating meals. Always be aware if you picked up any germs. Use disposable tissue or hand cleaner.

Always wipe your nose so the secretion on the tissue doesn’t contaminate your hands. This is especially recommended for the young, old, and for those with respiratory issues.

Types Of Flu Vaccines
The flu shot is an inactivated vaccine which contains the “killed” virus, which is injected with a needle into the arm. The flu shot is recommended for babies 6 months and older, health care workers, and anyone with chronic medical conditions.

Another vaccine, the nasal spray, contains three of the most common influenza strain viruses which are suspected based on analysis, this in a weakened form.

The viruses in the vaccine will change every year, this based on international surveillance and clinical estimations on which types and strains of viruses will most likely circulate in that particular year.

Approximately 2 weeks after the vaccination injection, the antibodies which provides protection against the influenza virus, will begin to develop in the body.

In North America, usually October or November are the best times for the flu shot, but it can be extended into December or the New Year. The flu season usually begins in October, but can last as late as May.

Who Should Be Getting Vaccinated
Generally, anyone who wants to reduce the chances of catching the flu should vaccinate, so that includes almost everyone. What’s recommended is that it be mandatory for certain groups of individuals.

This includes those who are at high risk of getting serious complications once they get the flu, and those who live or care for those who at high risk, which includes health care workers in the medical, dental, and nursing care fields.

Who Shouldn’t Be Vaccinated
There are certain groups of individuals who shouldn’t get a flu shot, this without consulting with their physician first.

This includes those who have severe allergies to chicken eggs, those who’ve had a severe reaction to previous flu vaccinations, and children younger than 6 months of age.

Those who have flu symptoms including a high fever, should wait until the fever subsides, this especially if there’s been a reaction to any previous influenza vaccines.

How Effective Is The Vaccine
The ability of the current flu vaccine to protect a person from illness, will depend on the age as well as health status of the individual that’s getting the treatment.

There also needs to be a “match” between the particular virus strains that’s in the vaccine, and the particular flu that’s in circulation. What clinical results have shown is that both nasal spray along with a getting a flu shot, are both effective in preventing the flu.

Possible Vaccine Side Effects (What to Expect)
There are various side effects which are associated with the flu shot and nasal spray. For flu shots, there can be redness, general soreness, mild swelling where the shot was administered, along with low grade fever.

This can occur soon after the shot is given and can extend for up to 2 days. Most have no serious issues, while on rare occasions, one can have severe allergic reactions.

For the nasal spray, since the viruses which are in the vaccine are weakened, they won’t usually cause any symptoms which are associated with the influenza illness. In clinical studies, the transmission of the vaccine viruses were extremely rare.

How To Get That Precision Work Leisure Balance In Your Life