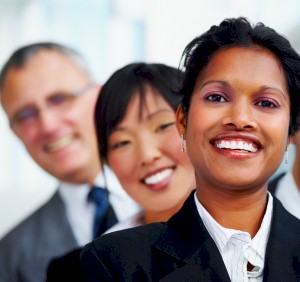 Those individuals who excel, those overachievers among us, they all fall into a certain personality type which is calculated and assumed, as they continuously work towards making things work out more efficiently for themselves.

What happens to these individuals when they’re looking for a career, or a job, which can further cement their reputation, or an opportunity for advancement. Some of these overachievers, those who do better than the average “Joe,” will often become: actors, doctors, athletes, CEO’s, etc.

So if you yourself are looking for a new career, or are in the process of assessing your present job, it may be fair to say that one particular career objective would outweigh another.

What Overachievers Look For In A Career
• The opportunity to be able to work on their interests, passions, or what they were trained for
• The successful affiliation with others and how they fit in
• The level of income which it’s able to provide

An Overachiever Who Decides To Follow Her Passion
Susan being studious, motivated and smart, went to University and earned both a BA and an MA with honors in literature and modern thought. She accomplished this in 4 years from an established high ranking University. She then decided to apply this education to the business world.

She began her career as an assistant director for a well known learning center for gifted students, which was involved in assessing college grads to become future CEO’s.

A completely new program and department which Susan developed became a cornerstone of the company’s revenue generation model. Once the company acquired a tutoring business, Susan, who was 26 at that time, became its COO.

This she believed wasn’t quite her life’s calling, however. After winning a creative writing contest, while also giving a prestigious reading, she then decided to pursue a PhD in literature.

What she does now is she utilizes the hands-on management experience from her previous position, and combines it with her passion for literary, and has become a professor at a well know University for new media.

Affiliating With Others While Being A Better Effective Leader
There were some who encouraged as well as influenced Jon to pursue what they thought was the best possible and appropriate path was for him earlier in his life.

So with the encouragement from his parents, as well as a push from his University professor, he pursued the medical field.

He began his career in a hospital which placed emphasis on affordable public health care. For close to two decades he was the Chief of Radiology at the hospital.

Earlier on in his life, he had designs to change the world and alter the system, making it a better place to live. He then ultimately realized that he could make just a meaningful stand and impact, by simply assisting patients who had suspicious lumps or bruises on their bodies, and they needed professional advice and a qualified decision regarding what to do.

Jon then became a healer instead of becoming a diagnostician, which was okay with him.

Working For The Best Income While Increasing Efficiency
In the path of her career, Laura has advanced from being a leader in her college residence, to forging a well deserved reputation of success which involved the cutting edge, and cut throat field of coaching and training CEO’s for the top corporations in the nation.

Her first significant contract was with one of the largest technology companies in the world. Laura then spent years working with and consulting high profile tech companies from microchip manufacturers to software developers.

What she does is she gets to know prominent individuals within the context of the corporate culture, and will then help them in finding the best and most effective methods to work more efficiently.

So What Are These Overachievers Really Thinking
What do these successful high achievers have in common, and what are they really thinking. These over achievers by no surprise all have an extremely strong motivation to succeed.

On the other hand, those who are less accomplished or are less motivated are found to be driven to avoid failure, and not usually to win or excel at something.

The highly fueled motivated individuals have an over the top desire for wanting to accomplish something that’s important, and then gain the gratification and recognition from success while doing these demanding tasks.

They’re also willing to expend intense effort and personal sacrifice for over longer periods of time, overcoming barriers, while in the pursuit of these extraordinary goals.

The Not So Over-achieving Individuals
For those individuals who’s sole motivation is not wanting to fail, are more focused on protecting themselves and their ego from embarrassment or incompetence, which can result in not finishing a set out task.

As a result, they become less than likely to attempt projects which are achievement oriented, and will usually give up too quickly on becoming successful, if it’s not readily apparent.

Although completely avoiding all tasks isn’t possible, those who avoid failure will procrastinate more, won’t give their best effort once they sense defeat, or engage in other self defeating behavior which only provides to saving face.

So Where Are You
The highly motivated overachieving individuals versus those failure avoidance individuals exists on a continuum, and the majority of us will usually fall somewhere in between.

An individual’s strength doesn’t exist in a vacuum, but is rather an elaborate matrix of beliefs which justifies the commitment of effort towards any goal, or just the relative lack thereof.

How To Improve The Health Of Your Heart By Exercising More