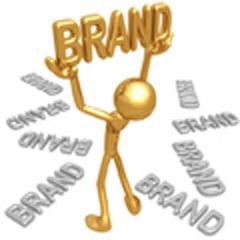 A recent survey revealed that the majority of online consumers when conversing with their favorite brands, are looking for coupons and rebates offering discounts. Facebook also appears to be the preferred digital platform to find these deals. So since childhood, say you’ve always been a loyal fan of Rice Krispies® as being your favorite cereal for as long as you can remember, this since you began eating solid food. So when you first saw the bright blue logo float by on your friends Facebook news stream, you were then compelled to join their Facebook page.

“Wow, who knew, Rice Krispies® has their own Facebook page. I love Rice Krispies®, that’s what I still eat for breakfast every morning. Yep, my favorite way to begin the day!” Facebook as you know gets credit for a lot of things that they do. When it comes to online marketing, Facebook can also take credit for safely introducing consumers to advertisers and their products together in a format where you can actually converse with these famous brand names. But more importantly, these famous brands want to talk to you and want your feedback.

Everyone Loves Facebook
A recent online survey that gauges the likes and dislikes of consumers on digital social media, indicated that the clear winner and favorite was Facebook. This platform was where the majority of the respondents indicated they wanted to receive communication from advertisers representing their favorite brands. This was almost 50% percent more than any other social media platform.

Desperately Seeking Coupons And Discounts
Discounts however were not the only thing that these respondents wanted or were looking for from these products. There were over 41% percent looking for better customer service, while close to 20% percent were looking for branded games. Roughly 17% actually cared about customer or consumer news.

So once they decided to “Like” a particular brand, the majority, yes you guessed it, were looking for… Coupons. They wanted discount coupons or rebates and plenty of them. So say if (Rice Krispies®) offers coupons, heck yes, they were most likely keep them around on Facebook. In fact, close to 57% percent of the consumers said that regardless of what their favorite brands were, they wanted discounts that they could use immediately.

So the primary reason why they initially “Liked” their favorite brand on Facebook was to save them money above anything else. Another reason to follow ‘brands’ was because the product was recommended to them by one of their friends. Otherwise, most just searched for that brand on Facebook and immediately liked it based on brand recognition of the logo, while others just happened to see an ad for that brand, that suggested they go to their “Fan Page,” so that’s exactly what they did.

Coupon’s Are Always In Demand
Discount coupons were also the main reason why close to half of the online consumers “Checked In” to location based services such as Facebook Places, Gowalla or Foursquare. Forty four percent said that they used these services to keep track of their friends, or to allow their friends to know where they were at. Just a small percentage liked the ‘game’ aspects of they being able to earn rewards such as Foursquare’s badges. Regardless, the majority of these services still seem have a ways to go before they can hit the mainstream.

For those who do not currently use these types of services, over 30% percent of those said they don’t use them because because none of their friends or associates do. Nearly 22% percent just responded to the questions with a simple “Have no idea what that is” or “Never even heard of them before.”

When it comes to Facebook, there are now over 154 million surfers who has Facebook accounts in the United States which are 13 years or older. If you consider that there are 81% percent of adults who now has internet access, this is when you really begin to see why there are many who say “Everyone who has Internet access seems to be on Facebook,” which isn’t really that far off the truth.

The Role Social Media Played In The Japanese Quake