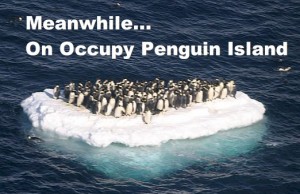 The debate seems to be on going, is Climate Change for real? We’ve all heard about what climate change is doing to our environment, and what challenges that it poses, but are there any validity to them. And what’s more important is, should any of us be worried about it.

So what then does climate change really mean. When presented on a broad global scale, understanding the actual physical climate changes becomes easier to see and understand.

Fact One About Climate Change
When too much carbon dioxide or any other environmental gases starts to build up and then circulates in our atmosphere, the energy which is produced by the sun gets trapped, resulting in the planet excessively heating up.

Carbon dioxide is actually fortuitous to us however since if it’s not present in the atmosphere, then the world that we live couldn’t sustain life. It would just be a hard icy clump of lifeless rock.

Fact Two About Climate Change
The level of carbon dioxide which is in the atmosphere, which is measurable, is increasing at an alarming rate. This rise is unfortunate since carbon dioxide is needed for survival of life. This particular uncontrollable gas however is accelerating it’s energy in our planet’s atmosphere at an increasing unprecedented rate, like its never been seen before.

The Extra Energy Which Is Created Has To Go Somewhere
So imagine a child who is sitting in a fine restaurant and absolutely despises Brussel sprouts. He will do anything that he can to rid of them off his plate. But since mom insists he eats them, he’ll decide to just shove them off his plate, roll them off the table, put them in his pocket or put them into his moms purse.

The earth lately is attempting to do the exact same thing with all of the extra energy which it produces, much like the little boy and his Brussel sprouts. It’s putting the additional energy into warming up the oceans, melting the northern and southern ice glaciers and ice sheets, drying out the earth, and creating powerful more frequent storms around the planet.

Making Sense Of Climate Change
When based on a local regional scale, climate change is a lot more easier to notice, yet being a lot more difficult to understand. There are areas on the continent which will suddenly be cooler, warmer, drier or wetter.

Scientists are attempting to construct complex computer based models in attempting to answer these puzzling questions. Although there’s different variations in the results, they all seem to end up with the same basic conclusions and predictions: The world will and is indeed getting warmer, particularly when it comes to the polar regions.

During the late 2000s, the massive ice plates in the Arctic Ocean melted a lot more than the most pessimistic of weather model patterns could ever predict. Those who are living in the Arctic region, both humans and animals, are the ones who are most impacted by the end consequences of climate change.

Across the vast planet as well, there are also those who are experiencing droughts caused by unprecedented heat waves, or there are unusual massive flooding, or powerful unnatural storms.

One single weather pattern event can easily be isolated and dismissed, but once you begin putting all of these seemingly unrelated events together, the results can become extremely unsettling.

Climate change directly affects precipitation patterns as well as drying out once fertile agricultural soils a lot quicker. If even just a small percentage of our crop yields become reduced, then millions of people will begin fighting for their portion of the food supply. Climate change may be the reason which leads towards warfare, defending ones own human life.

So should we as citizens of the planet be worried? The answer is an obvious resounding yes, and this doubly for the young people who’ll need to live with the consequences of the uncontrollable changes, and our actions or the lack of them.

So Is There Anything You Can Do
Everyone on the planet can do their own small part to contribute, and once everyone does so, these small contributions are then multiplied into an union effort. The end result would be conserving as much energy as possible by reducing our carbon footprints.

So we should all be considering using less energy in every aspect of our lives. Some of the easiest “green” changes that we can immediately do includes relying less on our everyday comforts. Efforts such as, not using air conditioning in the summer by wear shorts, or by using paper fans, or turning down the thermostat during the winter by wearing an extra sweater.

While every little bit that we as individuals can do to contribute towards the climate change fight helps, but just our singular actions are not obviously enough. What needs to be done is attempting to drastically reduce the constant discharge of carbon emissions which are currently being dispersed into our atmosphere by the large industries. United, we all can make a substantial difference to the current condition.

So the end consequence is that we’ll conserve the nonrenewable resources such as oil, at the cost of potentially causing some type of inefficiency in the economy. This would result in some winners as well as losers.

The Ultimate Reality Reason 2
Climate change is obviously extremely serious and very real, but society in general does little about it. The end game can potentially be catastrophic and it won’t turn out very pretty.

Everything that’s living on our planet will systematically begin to get eliminated, beginning with our water supply becoming tainted, then our food supply and the air we breathe. Everyone will eventually lose out at the end, big time.

Why Chocolate Remains The Healthy Love Food Of Choice