What Is 4G Technology Should You Wait For It Or Not?
Skip to content 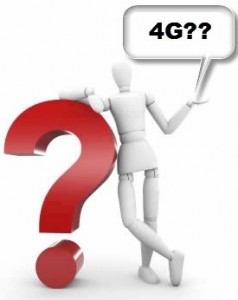 Although Fourth Generation or 4G technology has been kicking around for a while as the new and improved wireless technology of the future, well, it’s here but it isn’t. Just ask the various major wireless carriers and specifically their marketing departments, as they have been relentlessly promoting and pushing this term ever since 4G became a buzzword. Yes, 4G is a technology but it’s image relates to something that is fast, new and quick.

4G has even actually been used for a while by the major wireless carriers, as Sprint has already been selling their 4G WiMax service for close to two years, while Verizon has been connecting users to its 4G LTE network since the fall of 2010. The other significant wireless mobile players, T-Mobile as well as AT&T has already been delivering download speeds which are similar to what 4G can provide, although technically it isn’t true 4G.

Reliability And Speed Should Be More Important
A mobile network providers reliability as well as speed should be more of an important factor than what any marketing department can throw out and label to attract users to their service. Although the “Big 4” mobile carriers in the United States all has adopted the new technologies, just to keep up with each other, but more importantly to improve transmission speeds as well as performance to substantially higher levels, all this over the past couple of years.

These carriers are competitors first and are thus clawing, punching and kicking each other out of the way to sign up the most subscribers as well as selling new affordable plans and offering better devices. As of today, the 4G LTE network technology that Verizon current offers appears to be the clear winner when it comes to speed. Their 4G-modem users claim that they’re getting download speeds of up to 13.9 megabits per second, which is a lot faster than many of the home broadband connections available.

Time will only tell whether Verizon continues to offer this type of impressive performance as data and speed hungry mobile devices such as smarphones and the new tablets are demanding more and more bandwidth. The other mobile network players such as T-Mobile and AT&T are planning to move towards LTE, as they recognize that the current HSPA+ technology that they are presently using lacks the capacity to be able to satisfy the demand for quick mobile broadband. Although AT&T plans to begin selling their LTE service sometime in 2010, T-Mobile may just wait for a few years as they are still building their LTE network.

So What Is Really 4G? A Definition
So you’re wondering, really… How much does 3G differ from the newer, bigger and better 4G? Why should I care and does the differences really matter? The true technical term that is 4G is defined as a newer generation of wireless technology which was designed to deliver even faster wireless broadband services to the ever demanding mobile devices market.

The previous 3rd generation mobile networks relied mostly on the existing older circuitry switchable technology. The newer Fourth Generation networks are technically simpler as they operate using just Internet protocol (IP). The newer 4G networks has also adopted an advanced encoding method which is called orthogonal frequency division multiplexing or (OFDM), which is able to compress a lot more data packets through less wireless spectrum’s. They also use multiple antennas in their radios which improves for better signal reception as well as decreasing latency.

The older “3rd Generation” networks roots are tied to the previous 2nd generation cellular voice networks. 2G became 3G after all of the major wireless carriers began using CDMA encoded technology to allow for the delivery of wireless Internet access and not just voice data as 2G did. CDMA encoding eventually became a lot more efficient as these 3G networks started to deliver faster Internet access.

But as the hungrier bandwidth demanding mobile devices such as the Apple iPhone and the other smartphones began appearing on the market, it quickly became evident that 3G technology would not be quick enough to fulfill the rapid demands for the huge wireless data in the long run. So it was realized a brand spanking new IP wireless network would have to be built.

So Is 4G Really Better Than 3G
It will eventually be, but not right now. Some of the major wireless carriers in the United States such as Verizon and Sprint has already moved towards building 4G networks. But the other providers such as T—Mobile and AT&T has chosen to just improve on their existing 3G networks using advanced encoding technology such as HSPA+. They are hoping to squeeze out as much additional performance as well as capacity that they can from these 3G networks before committing to building their own 4G (LTE) networks.

As of now with the improvements, tests has shown that these 3G networks are achieving just as fast network speeds comparable to the early 4G LTE and WiMax networks are providing by their competitors.

Is It 3G Or Is It 4G
So the marketing departments of T-Mobile and AT&T has gone ahead and are actively promoting and labeling their upgraded 3G networks and devices as 4G, which isn’t exactly true. But the reality is that Verizon and Sprint’s ‘real’ 4G networks are not quick enough to be able to satisfy IEEE’s definition and speed standards of a 4G network. And it’s not expected to until they make significant upgrades which are taking place for the speeds to be possible.

All of this current informal usage of the term, “4G network technology” is effectively meaningless. And it also really doesn’t seem that important right now. When testing any wireless technology regardless of its generation, what really matters is what the ‘real’ performance of your current smartphone is, wherever you may be, whether you’re at work or at home, compared to what the cost is to you on your two or three year service contract.

All of the major mobile network carriers has or will eventually build solid technology and will be able to put it into place, while continuously improving on their service. The speeds will be faster in the near future to be able to satisfy the hungry devices, and all of these carriers are willing to do what ever it takes to make their particular network faster and the best.