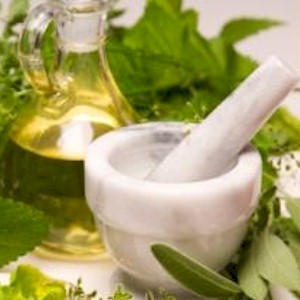 There was once a time when healing the body was considered an art form. That healing was understood to be a complex interaction between the healer, or the practitioner and the patient, this for the constitution of all living plants, animals, and people.

Doing so involved the communities of all living and breathing entities on the planet, the communities of the ancient spirits, and the mysterious but very real movement of healing, which was known by a variety of names such as: creator, highness, god or goddess.

What these healing arts included was a keen knowledge of human behavior, a flair for the mystical arts, a knowledge of plants and their essence, and rituals such as chanting and meditation. Healing also involved the comprehensive knowledge of the anatomy, biochemistry, and physiology.

Healing since it’s considered more of an art form doesn’t preclude or oppose scientific fact. Science is, after all, the precise laboratory testing and results of ideas along with the ability to observe the relationship of cause and effect.

The best that science produces is yet deeply indebted to these ancient arts. For the practitioners, the healing arts are considered right brain thinking, while science is its left-brained counterpart, and the wholeness of both is needed.

Science Is Completely Fact Based
The scientific community, however, thinks that the healing arts are complete superstition. Science believes that art is a theory and therefore untrustworthy. What science defines itself is all that’s factual while art is fantastical.

What the greatest scientists of the world understands, however, is the need to honor this information along with intuition. But little by little, the art of healing is being denigrated, while the science of healing becomes venerated.

The healer is now spending more time interacting with technology and medication, and less time with the patient and the environment. More time studying medical journals, and less time learning about the provocative symbolic powers of the psyche.

Becoming More Modern Day
The once cherished herbalist now becomes a biochemist. The pharmacist no longer refers to botany. Herbs are now presented as medication in green coats. The active ingredient is all that’s worth mentioning.

While acknowledging the precise usefulness of science, some however will maintain the right-brain’s superior abilities when it comes to the art of healing.

This defends the rights of the shamans, the miracle workers, the ancient herbalists, those who have the skill and the personal power, the courage to withstand the changes from birth to death and everything in between.

The Use Of Herbal Medicine
Herbal medicine, the use of the magical plants grown on this earth, they go back in history, some claim at least 40000 years. Our ancestors back then were constantly genetically manipulating these plants, hybridizing, and then crossbreeding them for healing.

To some, no herb should be considered safe to use unless the active ingredient that it contains is measured and standardized. What the herbalists argue is that any active ingredient of a plant can’t be measured.

It’s energy, the life force, the chi and the substance of the plant that’s not a “poisonous” constituent. To the healer or herbalist, the active part of any plant is what can be used by the right brain to actively and naturally, “jump the octave” while working its miracle.

This active part can’t be refined in any standardized product, this since the real active part is the subtle changeable invisible part.

Science And Its Replication
What science has is a say when it comes to the process of identifying specific compounds which are active in the plants, then replicating them in the laboratory and then mass producing them as drugs.

This can’t be replicated or superseded by any herbalist or healer. What the exact preparation of standardized drugs does is it protects the consumer as well as the plants from over-harvesting, although some claim the net effect on the environment is detrimental.

Natural Alternatives Over Medicine
Natural alternative medication is now receiving hype while prescribed medication is receiving a bit of flak. This usually because of the potential side effects which can cause more harm than good when it comes to drugs.

Just the very fact that these natural alternative herbal medicines were used for centuries, makes them a lot more reliable and proven than any prescription drugs can.

There’s also the fact that their benefits hugely overrides the harm, which rarely occurs, which gives excellent reason to at the very least give them a try. There’s nothing that’s lost while a lot can be gained.

Natural Alternatives Or Medication
The debate continues on what’s better for us, prescribed medication or natural herbal alternatives.

What most of us is required to do is rely on doctors to tell us which medication to use. Although doctor consultation may be the best solution, but for many, seeking out a second opinion is also recommended, this especially if your doctor can’t cure whatever it is that ails you.

There’s always laboratory medication that’s branded to be the next new miracle cure, but natural herbal based alternative medication has proven its sustainability over time. The main benefit remaining that they have no side effects.

Effectively Dealing With Those Annoying People In Your Life