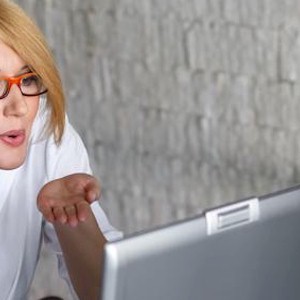 One of the conveniences of this highly plugged in technological lifestyle that we live in, is it now promises to find us a date, a perfect match without the initial pain of physical association. So we surrender to the mercy of online dating, as it’s become one of the most popular segments of the world wild Web.

So you anonymously post your profile in the hopes to hook some fish, cast your line to make an easy match, this before actually meeting them first in public. Gasp. But realize with the ease of execution, misinformation is abound.

What, you mean that people lie on their profiles? Well, everyone alters the truth, which is also prevalent in real life, life stories are always tainted in their favor, this to make them look and smell better.

So it’s no surprise that online dating sites are plagued with dishonest people, this in the attempts to raise the hopes of unsuspecting lonely singles.

What research shows however is that although exaggeration is commonplace on online dating profiles, but it’s just as prevalent in real life dating, while meeting at the local coffee shop or a nightclub.

Whether you’re offline or on, everyone is more than likely to “exaggerate” when in a dating context, this more than when in any other social situation. The most common fibs told on online profiles are age and physical appearance.

But misrepresentations when it comes to education or their current relationship status are more rare than you think, this because people realize that if they do actually meet someone in person, start a relationship, any life altering serious lies will eventually spell doom.

Online Dating Is For Busy Losers
There’s a huge stigma that’s attached to online dating, this despite its humongous popularity. Most continue to see it as their last hope, this for those who are extremely desperate to find a real live partner before their hormones dry up.

Most couples who meet online are also aware of this, and as a result become wary, that if they do enter into a relationship, that they’ll need to create falsified cover stories to tell their friends on how they met.

But it’s now known that online meetings actually turn into happy relationships, where a computer found their perfect match for them. Research reveals that there’s no significant personality differences when it comes to online or offline dating, only that meeting someone at a bar is a lot more painful and time consuming.

There’s evidence that those who date online may be more sensitive when it comes to interpersonal rejection. It’s also found that those who meet online are usually too busy in their careers, are from a higher socioeconomic class, and are not desperate losers.

Online Relationships Are Bound To Fail
Most don’t have that much faith that online love will last. But since online dating is still a relatively new concept invented by the Internet, it remains difficult to assess how long these relationships will actually exist.

On a survey conducted by a few major online dating sites, this on a significant number of successful marriages, it was found that a third of those engagements actually began from an online dating or meeting site.

This result is considered promising, as it’s a time and anxiety saver to initially know each others age, gender, income, education, religion, ethnicity, and employment statuses, since they’re screened beforehand.

Congratulations… So How Did You Meet?
Uhh, we met online on a dating site. It’s found that if their friends and family find out that they met each other online, there’s usually less support or hope it will last. In the past, there was similar support for relationships if couples met in a nightclub last Friday night.

So the variable isn’t where they met, but how they were introduced to each other. If the couple was already integrated somehow into their already existing social circles, both were known by their friends, family, or work, this prior to the relationship, they had more hope for them.

Your Instincts Or An Online Dating Algorithm
Most of the major online dating sites will use a proprietary algorithm designed to make the perfect match, this based on a variety of factors. What they do is extract a battery of personality measurements and types, and then match them with someone who’s compatible.

One of the biggest issues is that these algorithms rely on their similarities, such as both are social extroverts and like to party, or complementarity, such as one is dominant while the other is passive. It doesn’t measure human chemistry.

What’s found is that personality trait compatibility doesn’t always play a role when it comes to long-term happiness. What’s found to matter more is how couples are able to adapt and grow with each other over time.

What’s considered more important is how both learn to deal with conflict and adversity, and the specific dynamics of interactions with each other, something that can’t be measured by an online personality test.

So Does Online Dating Work
All of the latest statistics when it comes to online dating, is that those who meet online are more than likely to break up, that it won’t last, but these results are based on a small sample size.

Online dating is a good concept, a time saver for those who don’t have the time or nerve to nurse a glass of wine in a smug “meet market” nightclub. Irregardless, it comes down to real life contact, if there’s chemical ignition, if a connection is made.

Online dating remains somewhat mixed, but as more data is revealed and algorithms are tweaked, there’s suggestion that online couples may eventually be better off in the long run, at least it’s less painful.