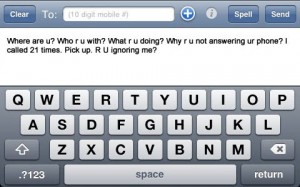 So what do you mean I’m invited? Wait while I take this deep breath, wipe the sweat off my brow, and pull open the heavy glass doors to go inside. According to this event invite, the venue says ‘social.’ What? This takes you back to many a college nights that were spent unwinding on bad karaoke and watered down tap beer. You still can’t calm down the butterflies in your stomach.

So welcome to the social anxiety network, as this is similar to how things went. We now live in an online world where no one really knows or cares what your real name is. If tweeting, all anyone cares is your handle that you go by, @dudecityjoe, or whatever, unless your famous. The only people your familiar with is other faceless Tweet handles streaming through your computer screen. In most cases for the past few years, connecting with people who you don’t know, don’t care, and will probably never meet has become common place. Social media networks are used primarily as a blunt communications tool for transferring data back and forth, but now it also has become cool trendy fun.

According to some, this social networking generation is eroding our innate need or want to actually connect with other people in real life situations. This results in extreme social anxiety when it comes down to an actual live ‘face to face’ meeting.

But… But I Have Facebook Friends
The real social media junkies cannot imagine a life without it, some users are even online and on their Facebook accounts before they get out of bed. Not too long ago, this morning time was reserved for a cigarette and coffee.

There are many however, that realize that their 356 Facebook friends do not translate into real live connections, friendship or otherwise. But there is a chronic dependency on using social media since it’s the path of least resistance, then that awful gut wrenching feeling of anxiety begins to dissipate.

The result is like walking down a cold windy city street littered with people who has tendencies to be standoffish. They quietly stroll by you with their heads down, ignoring you but texting on their smartphones. It makes sense that we take to the comfort and the safety of social media.

The problem is however, some person will eventually want to be in the same room with you, another human being will want to look you in the eye. Our tactic to avoid this social awkwardness is by hiding behind our laptops, but we all know it just compounds the problem.

When we turn to Facebook or Twitter as our main source of personal connection, rather than going up and striking up a conversation with someone sitting next to you in the cafe, it’s much like the mental gym we no longer frequent, our social muscle skills get weak. It’s similar to how our body fights to store fat. We forcing ourselves to go offline, helps us counteract some strong antisocial influences that’s gained through the online evolution.

Go back a couple hundred years, when a ‘tribe’ of people suddenly see another person or tribe for the very first time, and they don’t recognize them. It would often end in bloodshed because of the sudden hit of anxiety. We still live in this ‘tribe’ mentality when we run into people that we don’t know.

The Anti-Social Network
Those social anxiety feelings are normal and a natural reaction when meeting someone for the first time. But rather than actually meeting someone, we now have a tendency to avoid dealing with our social insecurities by conducting our social lives online. A trend that could prove to eventually have serious social ramifications in the future.

There is obviously a profound shift in social reality that is occurring right now. This generation’s decreasing social skills are making a lot of them more solitary. Most would now rather text each other rather than talk to them face to face, even if they happen to be in the same room. Human interactivity is at an all time low, as is relationships or physically touching each other.

So if this trend continues, this generation living in this realm of social media, absent of personal interaction, may eventually lead to a nation of sociopaths in the next decade. There is already a danger of individuals spending way too much time online, as social media gives them the ticket to live out of their lives in isolation behind a computer screen.

There Is A Bright Side Of Social Media
You’ve read each others Facebook profile, and now both of you have finally decided to meet for the very first time. You already feel that you know each other, and have found that you have certain things in common. So thanks to social media, this actually lessens the anxiety and the fear factor of actually meeting someone for the very first time.

Socialization at one time, not too long ago, meant something that happened through work, or at the gym, or in a ‘gasp’ bar. There is no systematic routine where everyone within our age group with similar interests, all agree to meet at a specified place, at the same time. Social media is a way that we can find each other, and then eventually meet, and we are comfortable around each other, as we know we’re all like-minded people, sharing the same demographics.

For those who are concerned that social media is eroding real social skills may be overreacting. There are and still will be dorks and jerks anywhere you look. The majority of people by nature, are socially awkward to begin with. But now, at least there is a new way to try to be social, whereas in the past, you would just stay at home and read a book with your cat , and never bothering to going out.

Social media allows you to realize that you both actually have quite a few things that you both ‘Like,’ and you start chatting. Before you know it, you’re actually connecting with someone in real life. Good Luck with that.