How Increasing Your Metabolism Causes Weight Loss
Skip to content 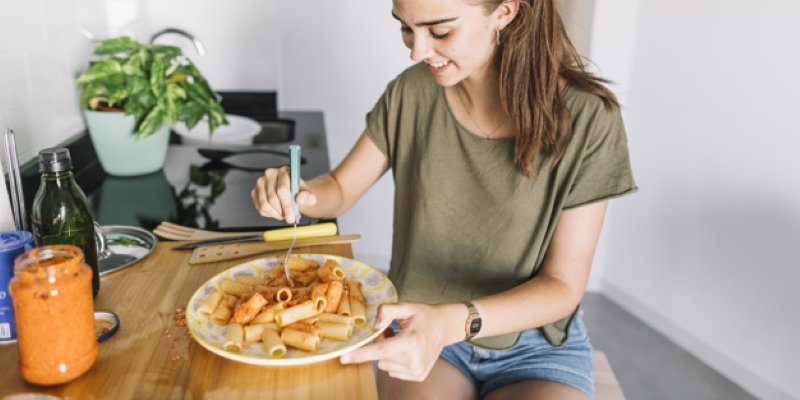 The biggest problem when it comes to losing weight, is knowing your body isn’t burning off the calories fast enough than you consume. The simple equation being burn off more calories than the calories you ingest, equals weight loss.

The primary reason for weight gain, is a poor undisciplined diet eating the wrong foods combined with a sedentary lifestyle.

There are ways however, on how you can take control of this, by increasing your metabolism rate.

The difference can be as simple as getting better sleep and eating better select foods, which fires up your body’s engine.

If you know you’re metabolism is already high, then your only option may be limited to losing weight through exercise since it’s already burning calories at peak performance.

But if you know your operating a half or below capacity, then there are ways to improve the weight loss process.

This by following the proven methods which can shift your metabolism into higher gear.

The amount of sleep you get does effect your waistline. Research has proven that if you deprive yourself of sleep, what you’re doing is sending your appetite and hunger hormones completely out of sync.

A study found that adults who limit their sleep to just 5 to 6 hours a night, will increase the levels of hunger inducing ghrelin by close to 15% percent.

What’s also lowered are the levels of leptin, which is an appetite suppressor, by 20% percent.

This isn’t good news for your fat cells. What happens is you end up eating a lot more than you should, leaving extra pounds on your belly to show for it.

What experts recommend is an average of 7 to 8 hours of uninterrupted sleep. This however is easier said than done.

Are you constantly in a rush in the morning, and all you have time for is a shower, then you race out the door with a doughnut.

If so, then you’re neglecting two of the most important activities which boosts your metabolism.

The first being eating a nutritious breakfast, and not just drinking coffee and having toast.

If you happen to skip that bowl of oatmeal, doing so has its consequences. You’re missing the opportunity to properly jump start your metabolism.

This because while you’re sleeping, what your body does is it goes into a fasting period forcing your body to naturally store fat.

What a healthy breakfast does is it halts the overnight fast. Eating a well balanced breakfast everyday activates your metabolism to burn off that stored fat.

The second thing you should be doing is exercising immediately once you wake up.

It may initially be difficult to throw off those bed sheets and get on the treadmill or spin bike, but it’s a battle that’s well worth it.

The reason is because it pumps up your metabolism. As a result, you’ll burn more calories during the day while doing the same things you always do.

Even just a brisk 20 minute walk or a quick jog around the park, can make all the difference.

So skip that cup of coffee and danish, but instead put on your walking shoes and participate in physical activity instead.

Eat Smaller Meals Throughout The Day

Avoid the gut filling traditional of eating three large meals a day. Instead, have smaller healthy snacks and meals. Get accustomed to eating 5 or 6 small nutritious meals spaced out during the day.

What this does is it keeps a steady consistent stream of energy made available to your body. This will then boost up your metabolism and your brain power.

So make sure you keep a lot of healthy snacks such as fruits and veggies, yogurt and nuts, all handy and with you throughout the day for snacking.

Make sure your main meals such as dinner, are smaller portions to accommodate for all of this snacking. Otherwise, you’ll end up with extra calories which you don’t need.

It’s also recommended you don’t skip any meals. Those on diets will often attempt to lose extra weight by cutting out entire meals instead of reducing calories during the day.

This can be counterproductive as what skipping meals does is it forces your metabolism to naturally slow down. Then it will begin to conserve calories in an attempt to compensate itself for the lack of food.

How much you weigh once you step on the scale, will usually be lower if you avoid drinking water. All you’re also doing is risking potential weight gain, by not drinking enough.

Once you become dehydrated, it can trick your brain to thinking you’re hungry. So instead of reaching for a glass of water, what you’ll do instead is grab the nearest snack.

Some nutritional experts claim when you drink cold icy water instead of room temperature water, your body will burn extra calories as it attempts to raise your internal body temperature, but this is debatable.

The Spicier The Food The Better

Once you decide to turn up the heat factor in your meals using spices, doing so adds more than just flavor.

The hot and spicy foods such as chili peppers, flaming jalapenos and zesty spices such as cayenne and curry, increases your body temperature.

Know that metabolism and body temperature are related. When you burn off energy or calories, what you’re doing is releasing this heat.

So when you increase your body temperature with these spicy foods, what they do is raises your metabolism, which burns the stored fat as energy.

All of the various studies support that calcium, which is a well known essential mineral, will boost your metabolic rate which in turn promotes weight loss.

There are reports which support those who consume plenty of dairy products, are not as likely to suffer from metabolic syndrome.

These symptoms can include: high “bad” cholesterol, high blood pressure, poor blood sugar, all resulting in belly fat. All of these factors also increases the risk of heart disease and diabetes.

So if you’re not eating enough calcium rich foods, such as skim milk, yogurt, or low fat cheeses, then begin including them in your diet, or take calcium supplements to raise your metabolism levels.

How To Eliminate Whatever Fear Is Holding You Back