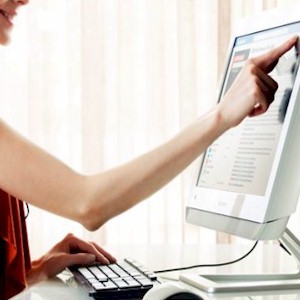 Your consumer pulse accelerates at certain times of the year, holidays, birthdays, the end of the workweek, especially the end of the year. This the period when online retailers capitalize on the science of buyer behavior. These are the times when consumer emotions overtakes logical shopping.

Getting ourselves back into the routine of life, this after the hectic swing of the New Year, you revisit the malls and they are completely empty, all spent out. There are certain characteristics that we all adopt, a certain frenzy.

We all get caught up in this frantic time of year, where spending becomes rampant. So what can online marketers learn from this, the characteristics and the mindset which develops during the holiday season, and then transfer that frenzy all year long. How and why does online consumer behavior differ when it comes to the rest of the calender year.

According to statistics, there’s an increase of close to 20% percent of spending at the end of the year. This begins the moment the light turns green during Black Friday, as consumer spending on eCommerce sites accelerates.

More Goods Are Purchased
The mindset of the “end of year” consumer is a lot more impulsive then at any other time of the year. What they apply is emotional judgment instead of being frugal when it comes to their purchasing decisions. For instance, they’ll no longer compare prices or won’t care about product information or specs.

The percentile of new visitors to a site which converts into buyers during this period significantly rises than any other time. What’s also realized is that the typical consumer, will purchase on average up to 3 items during a single visit to a website.

During the other times of the year, there are only 1.25 purchases per visit, while it takes an average of up to 7 site or product visits before the consumer decides to buy, this where retargeting becomes useful.

The Behaviors Influencing The Impulse Buyer
One of the reasons why there’s an increase in spending is thought to be the tactful targeting of purchasing behavior that’s used by the various eCommerce sites.

Just the website design alone is a big driver which directly affects the cognitive directives in the brains decision making process, which leads towards impulsiveness, activating emotional based purchasing. It all comes down to eCommerce web psychology.

Herd Mentality Thinking
What all of the “end of year” sales with all it’s vast campaigns and the media frenzy does is it develops a herd mentality effect, this which captures and then pushes the consumer to think like others.

This plays cognitively by manipulating and engaging the brains basic psychological need to belong, to be part of a tribe. The other is by creating uncertainty, monkey say monkey do, if everyone else is caught in this shopping frenzy, then they need to as well, and that’s a good enough reason for them.

Loses All Rational Thinking
When looking at website heatmaps, there’s less attention being paid on the details or the prices of the product or information. Instead, there’s more attention paid to the bright flashing sales items, and the catchy headers and images.

What consumers will usually do is find some type of justification when they buy something. What the herd mentality does is it generates the feeling that they’ll miss out, or that shopping is the only rational thing for them to do at the end of the year. Everyone’s shopping so it must be right.

So frugal consumers are then automatically conditioned to believing purchasing at this time of the year is cost-effective, saving them money. The belief becomes, the more money that they spend the more they’ll save.

Creating Urgency
The hesitation period at this time of year is significantly lower once they’re introduced to the “Call to Action” signal, this as consumers hit the “Buy Now” button quicker.

What appears to work best is the “countdown clock,” which motivates the buyer to take action sooner. Urgency is the best motivator forcing them to take action, that the situation is critical, that they’ll miss out. So as a result, they need to buy right now, today, this moment.

Scarcity is also a great motivator, that the item is running low, as people’s temptations begin to rise. The effect that there’s limited time or limited product injects panic and urgency in the purchasing process, forcing them to determine if the product is needed or not.

Showing images also has a strong effect, a method of advertising which appeals to the consumers emotions. Since the logical buying process is tossed aside, what’s appealed to are the consumers feelings.

So more than ever, what’s displayed is how the product makes them feel better, this instead of showing them the cold calculated benefits.

The Collective Experience
What all of the finely tuned intense marketing efforts along with the slick advertisements does is they make people believe that they’re participating in a collective experience.

That if they don’t participate, that they’re not part of it, then they don’t belong and their spirit is lost. Purchasing during the holiday season has become the new religion, similar to a ceremony.

So as a result, on a yearly basis, people are now getting ready for the yearly ritual which is the “year-end” sale, as it has now become a tradition. It’s become a discussion point among friends, family, and colleagues.

Although the eCommerce sites attempt to use these same strategies throughout the year, and although there are certain purchasing peaks during landmark holidays, nothing resembles the feeling of finality that’s associated with the end of the year, and the beginning of a brand new one.

This cycle is becoming so strong that holiday purchasing is now considered one of the key indicators when it comes to determining the state of the economy.

It's Annoying When You're Constantly Wanting To Please Others