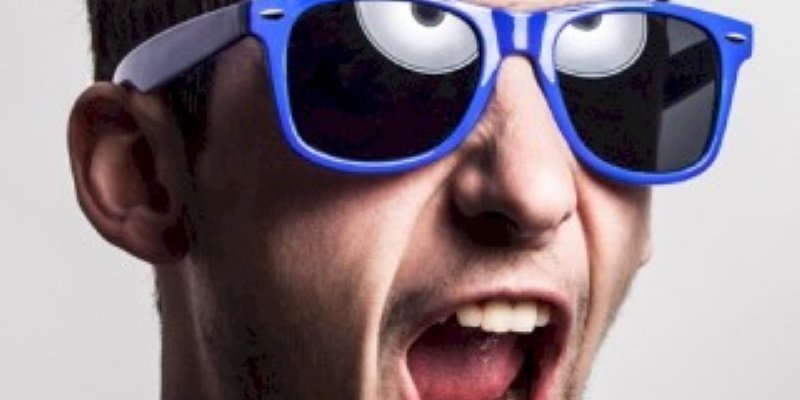 When first meeting someone new, you instantly get a sense in their presence, if they’re confident or suffer from insecurity. Those who are insecure, will attempt to show, prove, how important they are. They’ll exaggerate their grandiose, while making you feel inferior by putting you down.

They attempt to force you to look at yourself more critically, making you feel defeated when in their presence. You then wonder if you’re really a failure in life, like they perceive.

It’s often a relief to get away from their stuffiness, and move on with your day. Those who are insecure, will appear arrogant, to cover up their deficiencies.

One of the telltale signs of what the insecure will do, is strive for superiority, attempt to prove they’re better than you, or become bullies proclaiming they’re in charge.

Those who are insecure are somewhat aware of their weaknesses, and as a result will show a tough outer exterior.

A shell where they’ll display unusual effort to present themselves as favorable as possible, this to avoid anyone confronting their faults.

Help for this type of personality, involves asking them to confront and accept their true identities, their flawed selves. The key becomes, they need to be made aware of their inferiority complex.

If they’re not confronted, what they’ll continue to do is all they can, to create the impression they’re better than everyone else around them.

The longer they avoid facing their true selves, they’ll continue their manipulative ways.

They’re always attempting to appear busy, they’ve got something better to do. Their day is so full, they’re not able to spend any time with you, especially if you confront them.

They’ll constantly fidget, look at their phones, become distracted by the surroundings. They will talk unusually fast or excessively, while appearing harried and overworked.

After all, the more important you are, the less time you can afford to relax or spend time with anyone.

Even if they’re not all that important, they’ll take on these attitudes, attributes, to appear like they are.

What they constantly project, is how important they are. They’ll make a routine company meeting sound like they’re attending a seminar, reserved for the rich and famous, for those successful in life.

This “board meeting” may just be a general gathering of coworkers, who are getting together to plan the Christmas party.

They’ll however make it sound like it’s an exclusive life altering event.

An Air Of Arrogance

Keep in mind, they think they’re more important than you, they’re smarter and more advanced than you. So they put on this aura of preoccupation.

Those who constantly appear hurried, are usually nervous worried people, as what they’ll do is project an air of self-importance.

What they don’t want is to appear relaxed and open, and be vulnerable to distractions such as talking to you. Their dour demeanor, proves they have more important things to deal with.

You know they received your message, but you’re left hanging and becoming frustrated waiting for their response.

The reason for this, is because these insecure individuals want to appear as though they’re so busy, they don’t have the time to deal with your message right away.

“I’ll get back to you as soon as I can.” Although they really may be genuinely busy or distracted, it’s how they come across to you.

What they’ll do is intentionally make you wait for them to arrive, this at times subconsciously, but more often on purpose.

What they want is to appear like they’re extremely busy, or they have more important things to do.

Even if they arranged the meeting themselves, they’ll rarely be the first one there, or they may choose to arrive late on purpose.

Then you and everyone else, are forced to wait until they appear, placing you in a position of less power. Doing so suits their need to be important just fine.

Will Constantly Exaggerate Their Accomplishments

This especially on social media, to prove to everyone how great they are.

They’ll never post the “wins” of others, but will constantly post what their doing, where they’re vacationing, just to fortify their ego.

Those who are insecure, aren’t afraid to constantly broadcast themselves to the world.

On a business site such as LinkedIn, they’ll give themselves self-accolades, list every accomplishment, skill, or talent they think they have, or wanting to possess.

Every Facebook post places them in an advantageous light. They’ll make sure their images features them in positions of prominence, such as taking selfies with someone important.

They’re telling you and everyone else, they’re more accomplished than you’ll ever be.

Always The Center Of Attention

In every situation, they behave like they’re the smartest person in the room. Once they’re challenged and feel threatened by someone who calls them out, they’ll sulk, or get abrasive and arrogant.

For those times when they have no idea what the subject is about, they’ll just put on a show, thinking their BS will fool everyone.

What they’ll do is dismiss your contributions or opinions as irrelevant, or they’ll claim they already knew the information.

Those who are accomplished but are insecure, what they’ll blatantly do is tell everyone who’ll listen, about their lofty accomplishments, provided they have the confidence to do so.

Those who think they need to assert their importance, aren’t always that likable or pleasant to deal with.

Knowing what makes them tick, helps you deal with them better, while sympathizing with their lonely existence.

The Scientific Law Of Multiplication To Increase Wealth