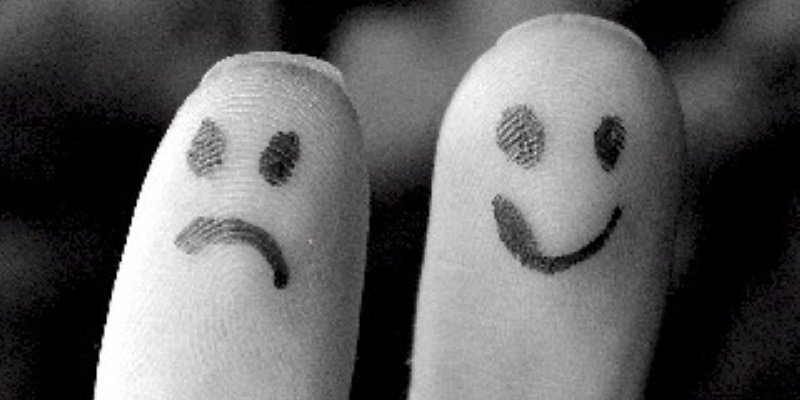 Neighbors these days will seldom say “Hi” to one other, or get to know each other socially. Co-workers will rarely say a word, other than giving a nod of acknowledgment. How much richer and rewarding would our lives be, if we all took a moment to greet one other and develop positive relationships.

We humans at times can be our own worst enemy. Despite our kind helpful intentions, we constantly shoot ourselves in the foot when attempting to reach out and get to know someone.

What arises is instant dislike towards others, based on blind judgment such as gender, race, on how someone looks or acts.

There’s always dislike towards others and we choose to ignore them, once a lack of respect is shown towards us.

As advanced as a society we think we are, what we display is a lack of mutual respect.

How We Learned To Develop Relationships

How we learned to develop and maintain positive relationships with others, began from home when we were young.

If our parents showed love and respect for each other and towards us, we then tended to do the same with our family members.

We took this positive interaction to school, and eventually the work place.

However, if there wasn’t mutual respect and love at home, we developed indifference towards our fellow human beings. This is the reason why, some never know how to display it.

Respect once demanded, does is results in “defiant compliance,” which is giving it because we have to.

This is usually under pressure, and not because we want to for the sheer pleasure of it. What this leads to, is counterproductive behavior.

Once respect is earned, positive things begin to happen on both sides. The only way to earn respect, is by giving it. Not only will you get it back, it will multiply tenfold.

The best thing about developing positive relationships, is it’s never too late to start despite how dire the situation may appear.

To create an air of mutual respect, start by demonstrating it in your words and actions. Show genuine respect for others, which begins with your spouse and children.

The best way to begin, is to filter out all the negative talk, this in yourself and others. Speak only in friendly atmospheres.

Your spouse, kids, and co-workers will then be more apt to listen and respond, when acting in this manner.

Have A Little Fun In Your Life

We’re all busy with the demands of work, home, community events, and social obligations.

So it becomes easy to overlook one of the most vital aspects of building positive relationships, and that’s having fun.

It doesn’t take as much time and effort as you might think. The benefits come in the quality, and not the quantity of time you spend with others.

When wanting to spend time with someone who matters, always do something both of you enjoy. Avoid making it a forced repetitive activity or schedule.

What Encouragement Does Is Creates Cooperation

If we expect others to respond to our requests and wishes, we then first need to believe in ourselves as well as the other person, as capable and willing.

This belief, once expressed in positive and supportive words and actions, does is sends a strong message of encouragement.

The other person, then responds quickly, positively, and cooperatively.

Minimize mentioning mistakes, unless it’s a hazardous or dangerous situation, or if it’s towards the weaknesses of that person.

Instead, recognize and then acknowledge their effort and strengths.

Show Love In Everything You Say And Do

What’s common in dysfunctional relationships, is you often hear. “He says he loves me, but he never shows it.”

What she’s actually saying, is she hears it in words, but not convinced by his actions, or the lack of them.

Keep in mind the adage: “Action speaks louder than words.” Realize love is both an emotion as well as an action. Just saying it isn’t enough, nor is displaying love by itself.

For the other to feel secure in the relationship regardless of the level of intimacy, they need to know, feel, see, and perceive.

They need to feel they’re on the receiving end of love, the other person truly cares about them.

Expressing love, our care and concern for the other person, is a sense as well as a reaction, which constantly needs to be expressed in words and action.

Often, the expressions which are the most powerful, are the one’s displayed at a time or occasion. Such as when the other person is least expecting it, in comments or situations.

Encourage Rather Than Praise

Avoid praising someone as what doing so does is it appears artificial. Instead, give encouragement, as it comes across as being genuine, honest, and caring.

Although mutual respect, love, and having a good time are all vital ingredients when it comes to creating positive relationships, it’s always encouragement that’s the trigger.

Realize it’s through encouragement, we focus on the strengths along with the assets of others.

It’s by giving encouragement, that helps them believe in themselves and their abilities, which helps them to accept as well as learn from their mistakes.

This helps them develop the courage to believe in their intent, imperfections and all.

This might also be the “encouragement” they needed, to help them maximize their true undiscovered potential.

There are just a few proven components, when it comes to developing and maintaining positive relationships. Mutual respect, love, having fun, and encouragement.

This is the simple formula for yourself and others, where positive results will flourish beyond your wildest expectations.

Proven Ways To Manifest More Money Into Your Life