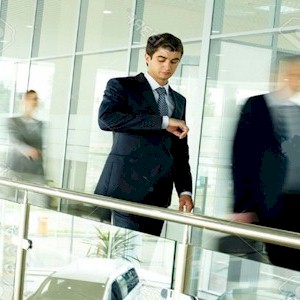 Many think that time is infinite. After all, once we reach 50 years of age, we would of survived 438,290 hours of living. But what you often hear is, “Don’t waste my time!” Many will make it a point to maximize, squeeze economy of their time, so they won’t waste it.

This quest leads them to avoid others who mean nothing to them, the mundane, the boring, who aren’t interesting or can’t help them somehow. They’ll discriminate against certain individuals, coming across as snobs, bordering on smug arrogance.

These are those who’ll avoid others who has no value to them. As many progress through adulthood, similar to misers who’ll hoard money under their mattress, time has become their most precious commodity.

Any time they spend with others that can’t help them, or activities that they don’t care about, feels much like there’s time that’s been stolen away from them, this with no chance of they ever recovering it.

Time Spent On The Mundane
Most will argue that money is their most valuable resource, this since it enables them to survive another day. What’s argued is that one can always make more money.

But it’s our time that’s a nonrenewable resource. Once time passes, the seconds that it takes for you to read this, it’s gone forever. Regardless of how much you wish or want, you just simply can’t get this time back.

So Where’s All The Time Gone
What time doesn’t do is discriminate. It doesn’t care whether you’re fit or obese, rich or poor, healthy or ill, the clock ticks forward, and no amount of money can buy it back. The young for instance, think that they’re immortal.

So the key becomes improving how you can maximize, perfect your time in the future. This occurs once one realizes they’re growing older, approaching the twilight of their lives, with fewer days ahead of them than behind.

So the realization becomes how one has wasted their time with those who didn’t add any value to it, while also engaging in activities where they didn’t learn or gain anything to their lives, this when it comes to the overall grand scheme of living.

Wasted Days And Wasted Nights
What most will admit is how all this wasted time was largely due to the fact that, this especially when younger, they didn’t know what their priorities were, that would have brought them tangible results in the long run.

When one is young in life, this similar to having disposable money in the bank, it doesn’t really appear to matter that much what they do, this because at that point in their life, time appears forever.

However, there’s a turning point called maturity, this once one reaches a certain state of mind, and then they begin to reflect back. What they ponder, or at times regret is the immense opportunities that they’ve missed.

But like anything else, what we’ll all painfully learn eventually, is realize not only is time nonrenewable or reversible, but its also not relivable, as we live in a vacuum.

Concerned About Time
For those who constantly fret over time, they’re usually not the most popular person in the room. They can often be abrupt or impatient. If they’re in a meeting to resolve an issue, and if it’s not going the way they want, they’ll get rude or bored.

They can then abruptly intervene, or suddenly get aggressive or abrasive, thinking that they’re wasting their time. If they also find someone who’s not interesting or worthy of their time, they’ll just end the conversation and walk away.

Why So Abrupt
This isn’t for the purpose of they being rude, or to come across as someone looking down on others, as that’s not their intent, since they may appear to be curt or egotistical.

What they’re wanting instead is just a summary, this because they feel that their patience is fleeting and their time is important, and that have much better things to do.

The issue with making such quick judgment on others, and how time worthy they are, is that they may potentially be passing up an experience or opportunity which may literally change their life.

That boring person that they’ve just met at the cocktail party, for instance, might have a business idea they failed to communicate, or an employment opportunity, or know someone else who’s actually worth spending time with.

But they would never know, and may have lost their opportunity because they were so standoffish or impatient. But then, they’d never know what they missed out on either, this so they wouldn’t need to kick themselves later because of the opportunity lost.

Evaluation Of Our Time
In every experience or encounter that we come across on a daily basis, we’ll implicitly conduct an instant analysis of whether it’s time worthy or not, and then act accordingly.

At times, some will just prefer to cut their losses short, losing the potential of an opportunity or advantage, rather than staying too long, burning through time that they cant afford.

The Time You Wasted Reading This
What needs to be accepted is that every moment of every second can’t be savored, as that’s just not realistic or probable.

What we do is waste inordinate amounts of time in traffic, the doctors office, or in line at the grocery store anyways.

At times, we’ll just endure once were stuck with certain people or activities which doesn’t interest us, since it’s the polite or proper thing to do at that time.

As with everything else in life, all we can do is spend our time as wisely as possible, hopefully gaining an edge, a step up on others in this thing called life.

Get Anything You Want In Life By Visualizing And Manifesting