The Scientific Law Of Multiplication To Increase Wealth
Skip to content 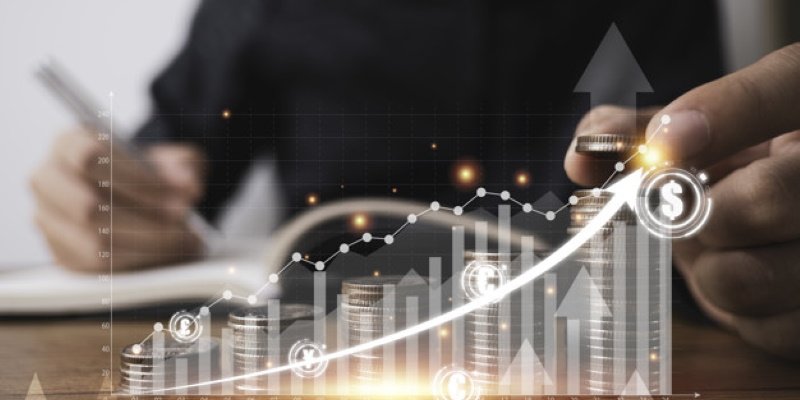 The world we live in is thought to be in concise order, and not as random as it appears. What’s proven is there’s a pattern that always emerges in every event or act you see or do. Know there’s no exception when it comes to wealth building, as there’s a scientific formula which complies to the laws of the Universe.

Where these results arrive from, is by observing our immediate environment. What scientists have discovered are certain laws of nature follows a precise pattern.

There are certain physical laws we’re more familiar with which appears everywhere. From tiny singular atoms to enormous entities.

Everything on the physical realm, is influenced by these laws, and thus can be applied to your business. One of these laws, is the magic of multiplication.

Multiplication can be found everywhere in nature. What any living entity regardless of it’s size will do, is expand and multiply.

The key becomes to knowing how you can apply these same principles to your business, or to your wealth building activities.

This begins, with how we humans grow from being a single tiny microscopic cell, to huge organisms.

There are trillions of cells that make up the average adult human body, which takes around 20 years to mature.

The reason for this is because the human genome has specialized biological information, which instructs the cells to split and then multiply.

We, like other animals grow quickly during the first few years of life. The cells divide rapidly, as there are more cells that are created than dies.

After a certain age, our metabolism begins to slow down. We reach a stage where the process begins to reverse, and eventually, more cells begin to die off rather than divide.

This is the process of getting old. Another reason is DNA mutation along with cell damage, which is caused by free radicals.

If the cells in our bodies continues to divide at the same rate when we were kids, and it doesn’t stop until our fifties, we would then become giant beings.

This is also what happens with tumor cells. They become immortal and then keep multiplying like a runaway freight train, and never stops dividing.

The Order Of Reproduction

Organisms will constantly reproduce, this to create new individuals of their species.

Biologically speaking, there’s a constant battle between how many healthy cells reproduce, versus how many cells die in an entity.

If our bodies are able to maintain a balance known as cellular senescence, which is the aging process of cells which results in the cells dying, and cellular mitosis, which is the process of how cells divide, then we would be able to live forever.

What we also need to look out for, are foreign invaders such as disease and accidents. Without them, we’re genetically programed to live for over a century.

The same happens to other multi-cellular organisms. New specimens replace the old ones, which keeps the species alive.

Without new specimens, it would not be able to survive, and extinction would result.

The Law Of Multiplication

You thought this was about wealth generation, and not a science lesson. What we can do, is apply a similar formula to the business world. We know that anything which grows exponentially, can explode.

Even if you begin with a tiny microscopic particle, you can increase it in size rapidly, and then you’ll have a huge entity within a short period of time.

The best example of this is compound interest. If you double $1,000 ten times, what you’ll end up with is one million dollars, a mathematical fact.

The Magic Of Compounding

For instance, say you’ve discovered a method to doubling your money every month. This means you’ll earn 100% profit every thirty days, plus get your principal back.

Within ten months, you tenfold your money.

Many will attempt to do this when trading the financial markets, or other investments. Since trading is risky when attempting to compound profits, you could potentially lose it all.

There are a variety of methods to compound profits, some are riskier than others. For instance, some will buy land.

Once the land appreciates in value, they’ll flip it and then reinvest the profits back into buying more land. They continue this, to generate passive income.

A safer way of compounding, is by developing multiple streams of income. This isn’t as risky as trading your capital in the financial markets, and then compounding the profits.

Compounding all your profits can potentially turn you into a wealthy person, where having multiple streams of passive income, can make you financially free. The higher the risk, the higher the reward.

Begin by setting up a single stream of passive income first. Once it begins generating profit, then use a portion of the profits to fund a new stream. After the second one’s profitable, then set up a third one.

The advantage of having passive income, is that you don’t need to be actively working on them to make money.

What these streams of passive income does is produces money for you, even when you’re working on something else, such as sleeping, or having fun in the sun.

All they need is maintenance and upkeep, to make sure they’re on the right path.

The Magic Of Numbers

On paper, the magic that is compounding is transparent and logical. All that’s needed is applying these principles, by taking action.

There are no secrets, when it comes to the multiplication process.

What the masters of finance have always done, is used these principles to their advantage, as they’re just complying to simple math.

The Top 7 Struggles Of Employment Known As The Job