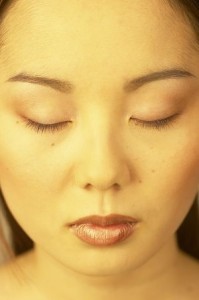 There are a lot of people that wish they can gain a greater influence over others in their lives. There can be a lot of reasons for this. Business interactions, social situations and even friendships could profit from the proper use of language. Wouldn’t it be great if we could find a way to use language in such a way that it really impacted the listener and “drove” home the idea or concept we were trying to share? Wouldn’t it help if you could properly convey the meaning of what you were saying?

Well there is such an approach and it was first devised, by hypnotists, as a way of speaking directly to the subconscious mind without the subject being aware of it! It is called hypnotic language or hypnotic conversation.

Hypnotists can manipulate this clever use of language in order to relax their subject during the hypnosis process and deepen their trance. It is a very simple technique that has become famous within hypnotic circles and is even starting to be used in the business world. Beware though, its use must be subtle.

It basically involves your tone of voice and how you intone certain words. You put the slightest amount of emphasis on the words in a sentence to change it from a question or proposal to a command. For example “maybe you want to relax completely or maybe you just want to chill out”, seems straight forward enough. However, manipulate the sentence with the use of hypnotic language and it changes from a proposal to the command “you want to relax completely” and “you just want to chill out”.

So How Can We Do This?
It is really very simple. But before you find out the how’s, we must know the why’s.

Non-verbal communications make-up about 80%, at least, of the message that we are trying to convey to people. Regardless of what it is that you are actually saying, your body language, posture, eye movement, blood flow to the face and a myriad of other signals tells a person exactly what you are trying to communicate. For this reason we can often get the sense that someone is lying to us or not telling us the whole story even when they are searing that what they are saying is the truth. Subconsciously we pick up on these non-verbal clues and “read” the situation as being different from how the person speaking is trying to convey it. Those people who can beat lie-detector machines can, either consciously or unconsciously, regulate these non-verbal communications.

Likewise the tone you use in your everyday speech is a very important factor in all speech. Your tone of voice can convey messages to your subconscious mind that go unnoticed by your conscious, rational mind. It is through the use of your tone and the spacing of your words that you can literally hypnotize the person you are speaking to. You can also use this technique to turn any words you want in a sentence into subliminal commands.

For instance in the above mentioned example the hypnotist would say the sentence in the following way, “mayyyyybbbbeeebe” “orrrrr mayyyyybbbbeeeee” “YOU JUST WANT TO CHILL OUT”.

It should be noted that this effect is very subtle and only becomes noticeable when it is pointed out to you. During hypnosis you are consciously aware that the hypnotist is speaking in a rather strange manner but don’t have any clue as to what is going on and think it is just part of the induction process. However, in a real-life situation the subtlety has to be observed even more – for obvious reasons.

Hypnotic Subliminal Commands Are Subtle
Let’s take an example. You are in a business meeting and want your proposal to be accepted. You say the following, “perhaps if you give this some thought you may find that this is a good idea and one worth pursing now or maybe even in the future”. Simple enough! Now lets make it a hypnotic subliminal command.

You would say,
“perhaps if you give this some thought you may”
” find”

“this is a good idea and one worth pursing now”

The sentence then becomes a command to the subconscious mind which it will accept because it notices the difference in tone as follows, “perhaps if you give this some thought you may find that THIS IS A GOOD IDEA AND ONE WORTH PURSUING NOW or maybe even in the future”.

You should play with this use of hypnotic language until you can fully comprehend what is actually going on. If it is done in a hasty or unrehearsed manner it is plainly apparent to everyone what you are doing. The people who are experts at this go unnoticed and you would never know they were doing it – until now!

Listen to hypnotists (and others who want to persuade you….you know who they are) speaking and see if you can pick out the hypnotic subliminal commands they are using. This will help you develop your new found skill.

Practice Makes Perfect
Before ever trying it in a real setting practice it on someone close and ask them did they notice anything different about your language and if so ask them if they can identify the difference and if they knew what you were doing. After some practice and a few neat outcomes you will get the hang of it.