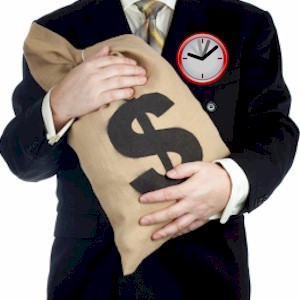 The road to wealth management, the accumulation of assets, investing and saving comes down to a few traits. These are choices, mostly derived from trial and error, actions which you hoped you knew sooner. The very reason why financial freedom eludes the majority.

Becoming financially sufficient is thought as one of the most important goals in life, but yet is rarely attained. Know that there’s no magic formula for attaining this success. But there are immediate choices that you can make which can alter the path to freedom.

When we’re young and we get our very first job, what we’ll immediately do is cash our first paycheck and then spend all of it as fast as we can, it’s our right, our freedom, our money. But that rate of spending everything that you’ve got eventually begins to slow down.

We quickly learn that there’s basic consumption items that we need to spend on for survival. What these necessities include are: food, housing, transportation, hobbies, entertainment, and so on.

These are the core costs that we need to live on a daily basis. Other items includes service related items that we want, which will improve our lives.

Making Sound Investments
Some will eventually choose to spend their money on investment items which includes: blue chip stocks, real estate speculation, interest bearing deposits, or a home based business which are all capable of producing passive income.

The Difference Between Consumption And Investment Expenditure
There are two distinct factors when it comes to consumption and investment. The first being that spending on consumption items will result in reducing the total value of your net worth.

Spending on investments on the other hand increases your worth, but making these investments is an option to us and not forced like consumption spending is. With your money, you either choose to consume or invest.

So what you need to do is plan how you’re going to allocate your money once you have it. Consumption spending contributes to your immediate lifestyle, such as driving that brand new car which is most likely purchased on credit, creating a liability.

The Various Shades Of Gray
There are also some spending which falls into the middle ground and not clearly defined as a consumption or an investment. Most consider buying a home as an investment, but it really isn’t.

The reason being that the purchase usually is financed, so the monthly mortgage payments are considered a liability. The upkeep of the house is all consumption money along with the interest rates and the taxes payable on it.

You don’t initially generate any revenue from it. If you’re planning to sell it in a few years, and happen to make a profit on its increased value, then it can then be considered an investment. However, if you’re wanting to buy another home, it falls back into consumption again.

Investing A Necessary Step For Building Wealth
In order to generate wealth, investment spending becomes necessary. The more money that you place into investments, the sooner that your wealth will begin to accumulate.

If you happen to place too much of your money into investments and not enough into consumption spending, then your lifestyle becomes compromised, but it’s your choice on how much you want to sacrifice.

The Accumulation Of Money Over Time
The majority of us aren’t born rich. There are some who will inherit wealth and the very lucky few will win a lottery. It’s also known that those who suddenly come upon wealth and not work for it, and thus aren’t used to it, will most likely end up squandering these riches.

What every individual on earth has in common is that we all live in the same exact time and space. A minute expires at exactly 60 seconds regardless if you’re rich or poor. So it all comes down to how we manage that time and money which becomes important.

The Age Of Adulthood
Adulthood and it’s responsibilities is generally regarded to be the age of 21. So say that you invest $1,000 when you’re 21, which generates an average annual interest return of 10% percent. By the time that you’ve reached retirement at 65, you would have accumulated a little over $70,000 without doing anything.

Or, at 21, you’ve invested $1,000 at an average annual interest rate of return of 10% percent, but also every month you’ve decided to invest an additional $100. When you’re 65, you would be a millionaire just by allowing the money to collect interest.

If you at 21 didn’t bother to make either of these investments, the same amount of time would of passed, less the accumulated wealth which took hardly no effort.

This the basic example of investment, the amount of money is usually affordable by most, and if the money is spent on an investment rather than on consumption, most likely, you wouldn’t miss it.

Time Is On Your Side When It Comes To Investing
Of course, when you’re 21, most don’t have this foresight, and most likely you’re now a lot older, so you’d want to accumulate investment wealth at a faster rate.

The most obvious and easiest is increasing the amount to be invested, as well as generating a higher annual rate of return. It’s also not possible to systematically accumulate amounts of significant wealth without looking at a set time frame.

If you’re attempting to generate more money in less time, then your objectives may become a bit distorted. You then wish to win that lottery, start gambling, or hope that a wealthy relative leaves you a fortune, which are the only avenues to get these desired results. But don’t hold your breath waiting.

The Lurking Dangers That An Instant Detox Has On Your Health