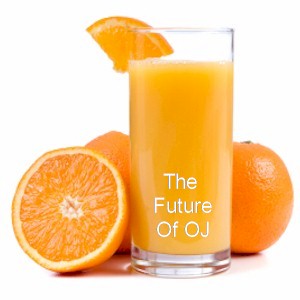 You constantly hear of horror stories where novice investors will quickly lose their entire $10,000 trading accounts in 32 minutes flat, this once they begin trading Commodity Futures contracts for the very first time.

There’s a common saying among the commodity traders fraternity which says, “It’s extremely easy to be able to make a small fortune in the commodities market. You just need to begin with a large fortune!”

Trading the futures market is not generally recommended for those who become emotionally attached to their money, and who doesn’t, yet there are thousands of new investors who’ll get lured into trading the sexy commodity markets.

The reason why is because of the potential of the trader being able to make extremely high percentage gains while taking advantage of the “built-in” leverage which is available when trading the futures markets.

What Exactly Are The Commodity Markets
There’s also the common attraction of what the commodity markets include, which are everyday recognizable food staples, perhaps something that you ate or consumed yesterday, such as: orange juice, corn, wheat, soybeans, pork-bellies, heating oil, lumber, silver, gold, and number of other common trade items.

The companies or the farmers which work or operate in these common markets will use commodity futures contracts to lock in their “future” selling prices for their particular commodity in advance of delivery. This practice is what’s known as “hedging.”

On the opposite side of that futures contract transaction is the trader, who’ll speculate on whether the current price of the commodity in question will go either up or down before the contract becomes due.

Since all futures contracts are purchased using leverage, all of these financial instruments lends themselves towards speculation on their price movement.

Trading The Commodity
For instance, if you’re wanting to control (trade) a single corn contract which is worth $5,000, it may require just $500 of actual trading capital, or 10% of the actual face value of the contract.

If the corn before the contract expires happens to go up in value, and as a result, the contract is now worth $5,500, for instance, then the trader will make $500 on their original $500, which equates to a 100% return, easy money right?

When you compare trading commodities to the stock market, stocks will generally limit your leverage to 50% percent. So purchasing $5,000 worth of a particular stock will require a minimum of $2,500 of trading capital.

This is the reason why investors who are looking for quick gains when trading the markets are turning to the potential of gaining big profits, this since they’re able to use maximum leverage when it comes to trading commodity futures.

The Danger… Yes, There Is Danger Ahead
The real problem, where most traders will lose their capital is that this same leverage works in both directions. Some can and have lost their entire trading accounts, at times in just a matter of minutes, because of the intense price fluctuations which can suddenly occur when the markets become volatile.

The same $5,000 corn contract can suddenly drop to $3,500 in value instead of going up. You’ll not only lose the initial $500 of the contract price and not realize any gains whatsoever. For this reason alone, many have gone broke quickly.

The Seduction Which Are The Futures Markets
Why do these people even want to trade the big mean business which are the commodity markets anyways. What usually happens is they’ll come across or get romanced by the seductive allure of the potential of trading the commodity markets.

This is usually by some unknown “guru” author who claims that they have perfected a no-fail trading system which will generate massive sure fire profits when trading commodities.

These systems and trading programs will have a cost to them and are usually sold based on the promise of the new investor earning huge profits from opening just a small speculation trading account.

These commodity trading program salesmen will continuously pitch the myth of turning for instance a $5,000 capital account into millions in a year or two. The typical commodity trading system will declare winning odds such as a success rate of winning “8.2 out of every 10” trades, or other similar inflated claims.

If you can correctly trade and win 82% percent of the time, then the trader should be able to easily amass the promised millions in a short period of time by compounding.

The most common reason why these successful traders are usually eager for you to purchase their $300+ trading course is because they’re not making any money trading the markets themselves.

Like anything else, there’s more money to be made selling these programs to others than actually trading the markets themselves.

The Best Commodity Trading System
There probably isn’t one which will make consistent money in the futures markets, this because the underlying commodity price will always unpredictably swing back and forth wildly, this depending on a complex set of uncontrollable variables which are unknown.

The only individuals who’ll consistently make money in these markets are the brokers, those who collect a commission for executing the trade, this regardless if the trade wins or loses, regardless if the commodity goes up or down.

But there are a handful of consistently successful professional traders who makes a living trading these markets. But the huge majority who dabbles in futures will usually get their entire trading accounts wiped out.

The lure is the potential of huge returns, and on paper it can be true, which equates to easy money. The new investor thinks that they’re the one, the one who will beat the odds and succeed. For this reason, there are a new crop of traders who enters the market on a daily basis, only to discover and be fleeced out of their capital.

The best recommendation may be to just leave trading the futures market to the professionals, and just stick with the conventional forms of investment such as mutual funds or bonds.

The Latest Methods To Effectively Promote Your Mobile App