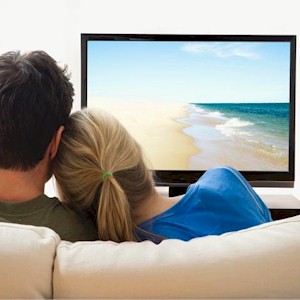 Advertising is a forever moving constant force, a nuisance to most, as it attempts to continuously convince or influence us to choose one product over another. It’s estimated that we’re bombarded with thousands of commercial messages on a daily basis from a variety media formats.

Ads on television perhaps being the most prominent, but modern technology has invited a massive onslaught of “paid” influences why we should pick their specific product or brand.

This is the very reason why mass advertisers are now relying more heavily on Product Placement, or embedded marketing techniques. Product placement refers to associating their product with a movie or television program, as a method to promote more value and recognition of their product.

Product placement has also proven to be extremely effective, as proof when a certain chocolate bar’s sales will significantly increase after it’s placed and associated with a popular movie, a popular celebrity, or a sports star.

The increase in revenue proves that placing their particular brand can have significant effect on the viewers, despite it appearing innocuousness. These product placements also have a more powerful effect than we realize, subconsciously making us prefer their brand over another, even if we didn’t like it in the past.

It’s realized that these product placement tactics does indeed influence our implicit cognition, giving us better appreciation on how they’ll affect us in ways which we don’t care or realize.

The Influence Of Product Placement
What strategic placement has is the ability to directly influence our attitudes, such as altering our specific thinking towards a certain television program or movie, once it becomes associated with a certain product which is placed on that vehicle.

Specifically, what happens is that the emotions which we suddenly experience while watching that program are automatically transferred to the products which are placed in that program, this although we’re usually unaware of that transfer.

When these product placements are not as prominent, such as just appearing in the background, then they may not even reach our explicit attitudes, which refers to things which we’ll remember after the fact.

For instance, this object could be a specific consumer brand. Once we see a character that we like, using this brand or a product, then we begin to automatically identify and associate with that brand ourselves, with the same velocity that the character appears to experience it in their life on film.

This has been proven true in experiments even once the viewers were strictly told to perceive the product placement is a blatant advertisement, but they still reacted by liking that placed product anyways.

The result is considered significant for a couple reasons:
• It’s been discovered that we’re actually found to be more than likely to purchase something that we can identify with, rather than something that we like
• It proves that even once we view these product placements skeptically, that they’re still able to give us a favorable inclination when it comes to that placed brand

So once combined, what this points to is that we’ll more that likely buy products which we’ve seen placed on television or a movie, even once we know that the placement is there to influence or manipulate us.

Strategic Product Placement Advertising
Advertising is an extremely expensive proposition, usually hit and miss, just ask the major brands who will place their products during the Superbowl game. What’s for certain is that each and every product or brand that’s shown on TV was scientifically placed there intentionally, and for a huge fee.

Product placement is an extremely expensive business to participate in, which is reserved usually for the biggest of brands, but they do so because they can, and it works well.

Research has proven it’s indirect residue, it’s subconscious effects that it has which may be the most potent effect, while also being more resistant to suspicion.

Product Placement Overload
So what this may do is raise a question for some. Is there a way for us, as the viewing public and consumers, to be able to protect ourselves from this type of massive advertising.

The easy answer is just stop watching TV, or stop going to movies, or use one of those digital devices which allows you to skip through the TV ads. But we all realize that’s unrealistic and will never happen.

The end result is that it makes the issue of attempting to resist the process of product placement into quite a quandary, so the search continues to resolve this.

For now, it’s important to just remember that the products which we see on television on a daily basis isn’t just part of the narrative world, but they’re rather carefully designed placed advertisements which are intended explicitly for the purposes of promoting something that’s always commercial, and profit orientated.

Two Viewpoints On Getting Rid Of Acne And Getting Clear Skin