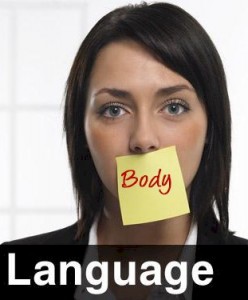 So most think that they’re experts in reading Body Language. It’s a common perception that body language, reading someones nonverbal communication, is the true language of how one feels. There are all those nonverbal cues which have specific defined meanings. But, it’s more complicated than most think. Here’s a few of the most popular and common mistakes and misconceptions which people make in attempting to interpret body language.

When That Smile Isn’t Really A Smile
Research has disclosed that the majority of people, females in particular, will often cover their discomfort by smiling. During one study, the women who were tested were subjected towards mild harassment during a job interview, and the most common response was giving a slight yet uncomfortable and noticeably fake smile. The problem however is that some men will interpret this as a positive, as an invitation.

Further to this research on distinguishing facial expressions found the difference between a true valid smile of real sincerity and acknowledgment, which is know as the “Duchenne” smile, and the smiles which are completely fake and phony, such as the ones you see at the checkout counter.

The key that they found was in the eyes. True sincere smiles includes more narrowed, squinting eyes which produces the familiar “crow’s feet” around the corner of the eyes.

Can You Tell The Difference Between A Lie And The Truth
Research has shown that there’s just a few select people, usually professionals, who are continuously able to detect someone telling a lie at levels which are just above guessing.

Most of us are just simply not that good or trained at reading all of the subtle complex nonverbal communication of what a true lie is, and if someone’s telling the truth. This is a result of constantly misreading cues as well as the stereotypes out there regarding what deception really is.

One study has found that individuals who usually resort to a lot of eye contact when they’re flat out lying, is thought to be telling the truth. This is because there’s a preconceived notion and stereotype that states anyone, usually someone lying to you, will avoid any type of eye contact if they happen to be fibbing. This is not always the case.

When Touching Doesn’t Necessarily Mean Affection
Although we’re conditioned to think that touching others or being touched is a signal of affection, touch can actually communicate a variety of things. Studies when based on gender, and who touches who, suggested that when men touch women, it’s a sign of dominance. Also, it was revealed that when waitresses happen to even lightly touch, slightly brush their hair on their customers or make eye contact when they’re delivering the bill, it usually results in a bigger tip.

There are differences depending on the individual when it comes to touching. There are those who are just natural “touchers,” while others tend to avoid all contact whatsoever. Someone who is a chronic toucher may even instinctively hold your arm when their explaining something to you, or trying to keep your attention, but they do not necessarily have any feelings towards you either way, or mean anything when they do so.

Errors When Speaking Suggests Nervousness
What your speech teacher in acting school told you may actually be wrong. When you fill pauses when you talk with “uhs and ums” while speaking doesn’t necessarily mean that you’re nervous or forget what you’re about to say. What it actually signifies is that the timely pauses is a way of actually improving the flow and anticipation of the communication.

Research has found that the incidences of the pauses, such as “uh” is actually associated with favorable positive ratings when it comes to speakers. This is presumably because all of the “uhs and ums” fill all of the potentially dead pauses between certain words or phrases, making the actual speech seem a lot more fluid as well as uninterrupted.

Although it may be true that some people are able to become better a reading and decoding nonverbal communication, but it also takes a long time as well as lots of practice. One strategy you can use is not to rely that much on “common sense” or by making simple assumptions regarding what a particular nonverbal cue may actually mean. Keep in mind that there’s no dictionary or manual when it comes to attempting to read ones body language.