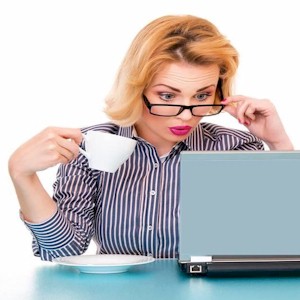 Social media has a voice, a loud one, as it’s now made possible to share, scream your thoughts and ideas to virtual strangers, this literally within earshot. You don’t need to form a cohesive thought, and then bang, it can go viral for the world to vacuum.

Hitting the “publish” button is easy to do, almost subconsciously, so before you do so, make sure that you become mindful, this by realizing what you’re about to publish. The reason because doing so leaves a permanent stamp on your character, so click with caution.

Make sure that before you publish on instinct, this out of angst, frustration, or seeking attention, there’s a few rules of social media etiquette that needs to be complied to.

There are certain things you should be aware of when posting, this just to save yourself from embarrassment or causing hurt, this to yourself and others.

Frequency Of Posting Content
There are a variety of those who fall under this category of posting too often. Some think it’s their public duty to constantly be posting ridiculous or mundane images or content, usually not their own, as a service for their followers to enjoy.

Some businesses or individuals think that it’s no big deal to post the occasional distasteful joke or questionable picture, but if you’re a professional, then it’s out of character. This lack of awareness or respect can cause irreparable harm to your brand or reputation.

Gossip Or Attacks On Others
You’re emotionally hurt or harmed in some way, then it becomes easy to flush out that angst by lashing it out on social media.

But the issue is that once you specifically call someone out in a public forum, you leave that relationship in disrepair.

It becomes difficult to recover from that type of attack as the markings are permanent. Public shaming often says more about your character than the one you’re attacking, this especially when you don’t respect others or a certain group.

Claiming Content As Your Own
What’s common is using content that someone else owns and claiming it as your own, this without attribution, as there’s a fine line when it comes to curation. This includes original ideas, images, or quotes, and it can potentially pose serious risks.

Keep in mind that copyright infringement can lead to legal action as it’s considered a serious offense, which can cause damage to your brand or reputation. Although it’s rampant, and you’ll most likely get away with it, it’s just not morally worth it.

Posting Negatively About Others
This could be an irate rant on an employer or coworker, but social media isn’t the place to air grievances. It’s also not a platform to giving specific details regarding mistakes that others have made.

Or, to get angry and begin whining about how insufferable that your boss or someone else is. Sharing this type of content on social media only isn’t professional, but at times can also be grounds for legal action.

Sharing Too Many Specifics
This regarding an upcoming business trip or vacation, or even a day at the beach. Sure, sharing images or videos of your latest holiday is a fun way of allowing your friends to see your adventure, but the issue becomes, it goes public.

The trouble becomes that you have no idea who’s gawking at your daughter making sandcastles on the beach, or reading or listening in. The best is to avoid mentioning specific details, this regarding your trip, such as dates and locations, etc.

Revealing Private Conversations
You’ve received a private email or message from a friend or follower that you just couldn’t resist sharing with everyone else, this without thinking of the consequences.

Maybe it was just an awesome tip or trick, or a shining testimonial about yourself or your product. It’s best to always just ask for permission first, this before sharing this type of content on social media.

If you’re planning to share a screenshot of an image which happens to have any type of identifying information, then you definitely need to get permission or approval first.

Revealing Personal Information
You like to reveal a lot about yourself on social media, this usually for ego gratification. What you’re wanting is to appear authentic, showing your friends and followers the real you.

But this doesn’t mean you should let it all “hang out.” Have a bit of discretion, a balance of informative content that’s mixed in with some personal tidbits. Create an aura of mystery.

Sharing Posts Which Aren’t True
The Internet is the great reveal and it can be outrageous, as anyone can post anything, just to spark interest or to create a laugh.

So avoid sharing posts which are too hard to believe, controversial, or too sensational, this without getting all of the facts right first.

Sharing posts which are fraudulent in nature or outright scams, sends the message that you’re naive or gullible, and you don’t care if it’s fact or fiction. So make sure that before you share a link, that you checked it out for authenticity.

Everything You Post Online Is Permanent
When you post anything on social media it leaves a permanent virtual mark. So you need to assume that it will be out there forever, this because of the beast that is screenshots and sharing.

There’s no “taking it back,” especially emails, even if you’ve made a mistake. So before you post or send anything that’s remotely sensitive or personal, stop and ask yourself if you really want to take that action.